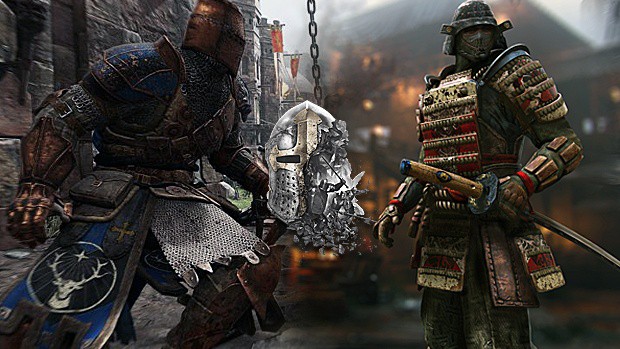 Ubisoft has announced that For Honor update 1.05 will not be rolled out this week as expected for PlayStation 4 and Xbox one.

According to Ubisoft, the update is currently in submission will be rolled out next week, and also revealed that the High Fort and River Fort maps share the same quality and performance traits as the others.

Our team is also continuing work to improve the global stability of the game and will be integrating more fixes in the coming weeks,” they added. “We are happy to report that the recently re-introduced maps (High Fort and River Fort) are performing at the same level that the other maps in the multiplayer rotation.

Furthermore, during the Warrior’s Den live stream Ubisoft talked about the update 1.06 for For Honor. According to Ubisoft, expect the update 1.06 for the PC version of the game to drop in coming two weeks and three weeks for the consoles. Ubisoft also confirmed that the colorblind mode for the game will be added next month.

Also, Game Director Roman Campos-Oriola acknowledged that there is indeed a bug with Lawbringer as it should never be blockable but dodgeable.

Regarding the Lawbringer, there is indeed a bug, and we are looking into it. Shove light should never be blockable and should be dodgeable.

For the Berserker it was unintentional to remove the [exhaustion] punish. We fixed an animation glitch and it led to that. We are looking at putting it back soon (the punish not the glitch).

Despite the game getting stellar reviews from the critics, it seems that gamers themselves are not too happy with the game as For Honor’s steam reviews have dropped to mostly negative.

For Honor is a third-person fighting game developed by Ubisoft for PC, Xbox One and PlayStation 4.