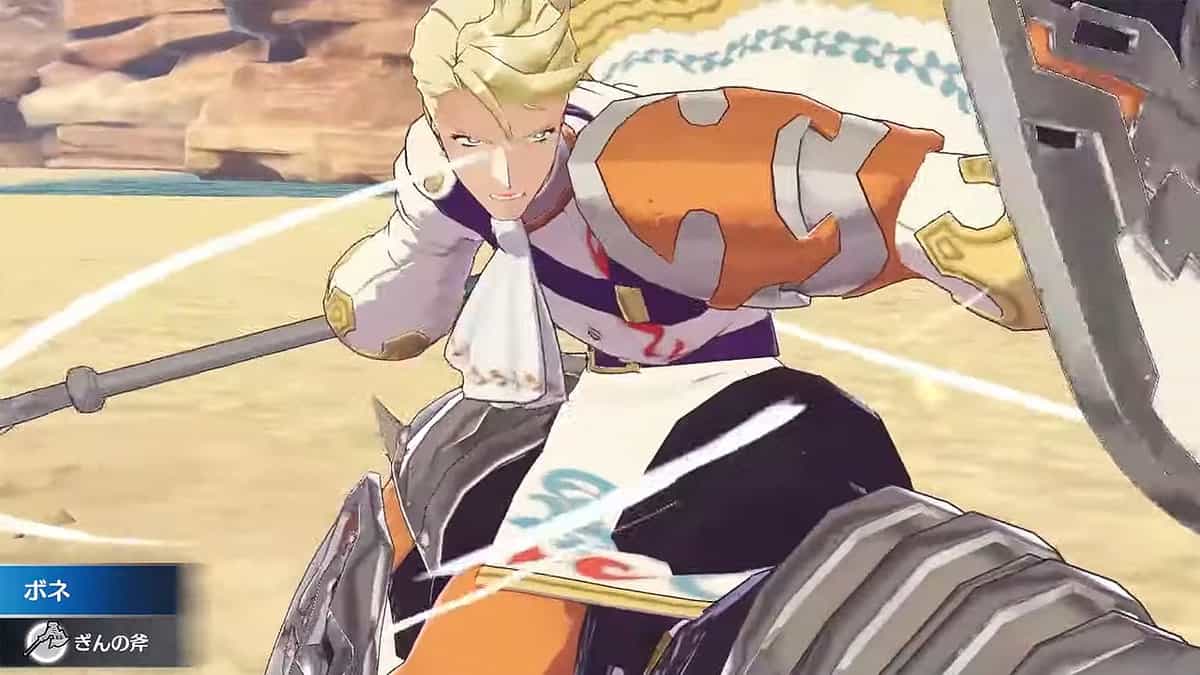 Bunet belongs to the freedom-loving faction of Fire Emblem Engage, Solm. The Kingdom of Solm is situated in the southeastern area of Elyos.

Bunet is an excellent chef and has a very refined taste when it comes to food. Being a member of Sentinels, Bunet will join your team during Chapter 12: The Sentinels.

This guide will provide all the information you should know about the character of Bunet in Fire Emble Engage.

How to recruit Bunet in Fire Emblem Engage

You don’t have to do much to recruit and play Bunet in Fire Engage Emblem. As you progress through the game to Chapter 12: The Sentinels. You just need to start the chapter battle, and Bunet will join your team along with Pandero and Fogado.

Bunet will become playable after you rout the enemy in the chapter battle.

The starting class for Bunet in FE Engage is Great Knight with a proficiency of B. Bunet relies on his sword to eliminate his foes. The class provides him with Allied Defense ability. The ability reduces the damage taken by three for Bunet if he stands between the enemies and allies during the battle.

The other best class with an S proficiency for Bunet is Swordmaster. You just need to use a Master Seal to convert his class. Additionally, Bunet can take advantage of the Run Through ability of the class, attacking the enemies and jumping to the opposite space from them.

Being a chef means loving food more than anything else. Bunet love for food led to the creation of his skill. Bunet eats his packed lunch and might receive the exact item due to his skill, Seconds? His chances of getting the same food depend on his luck stats, and higher stats benefit him.

The characters of Fire Emblem Engage find gifts to symbolize love and friendship. If you want to improve your relationship with the recruitable character, find out about their favorite gifts and present one to them.

The following gifts are favorites of Bunet and can quickly boost your relationship with him.

Pick any gift from the list and start a bond conversation with Bunet. Offer him your present and see him accepting your gift wholeheartedly. This creates a strong bond between you and the recruitable characters in Fire Emblem Engage.

Among all the emblems of FE Engage, Marth, Ike, and Leif are the best emblems for Bunet.

Marth allows you to perform an extra attack dealing 50 percent damage to the foes and land seven consecutive sword attacks on the adjacent foes. Bunet offensive powers increase to the next level, allowing him to remove foes swiftly.

Leif’s Adaptable and Quadruple Hit skill allows Bunet to attack the enemies using his best weapon and land a single strike by a set of weapons. Your damage can change the tide of the combat for your team.

If you like a balance between offense and defense then Ike is great. You can take 50 percent less damage from foes and increase Defense and Resistance by five during combat.

However, there are some backdowns of these skills, such as Laguz Friend setting your Avo to 0 and Great Aether not allowing you to counter for one turn. But the pros are more than the cons, making Ike an excellent option with Bunet.

Bunet stats are impressive even before the growth of his character. Having higher defensive capability and health. The starting stats for Bunet are

Bunet is going to be unstoppable if you reach his maximum level. His growth stats indicate his ability to bring havoc on foes during combat. The stats show how much growth potential there is for Bunet