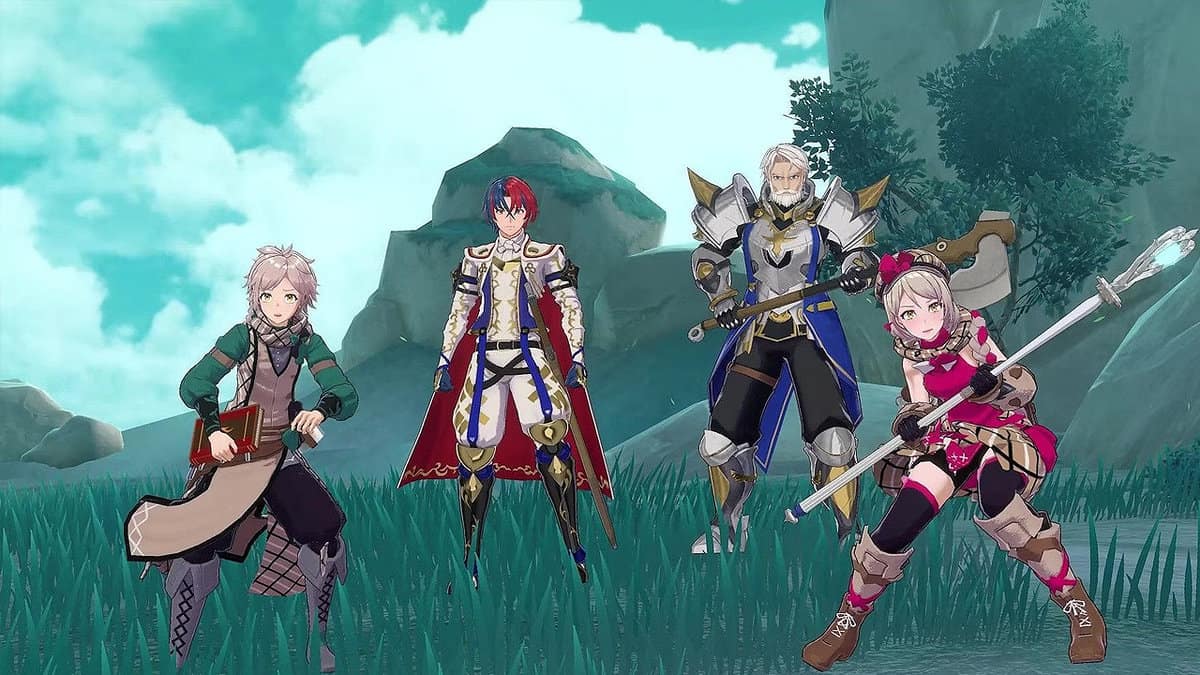 There are dozens of different classes to choose from in Fire Emblem Engage. Some you will find pretty basic but others are just too overpowered in any battle.

Classes determine the combat styles and mechanics of your units. Some may work better with certain class types, hence, making it important to know the best class for each unit in Fire Emblem Engage.

Every unit starts out with a base, default class but which can be changed and upgraded over your progression. Judging by the playstyle of the units, you may be able to guess the best Classes for them, but that won’t be as easy as you think.

To solve your problem, in this guide we’ll take a look at some of the best Classes in Fire Emblem Engage. Note that we have used Advanced Classes in this guide, which you can unlock with Master Seals.

The best classes to pick in Fire Emblem Engage

The Berserker is an Advanced Class with Tier Rating D and is a Backup Main type. Units with this Class are especially proficient with an Axe, which are huge weapons that can wreak havoc upon enemies of any kind.

This Class goes well with units that have an Axe as their main weapon. Although Axes don’t have the best accuracy when it comes to weapons, deploy a Berserker amidst a group of enemies and you’ll witness their extinction in no time. These are insanely strong troops that can destroy anyone in their path.

The base stats for the Berserker class are as follows:

The Great Knight is an Advanced Class with Tier Ranking A. This Class is a Cavalry Main type and units in it are especially proficient in a combination of Swords, Lances, and Axes like a cavalry troop should.

Not only are they so versatile in offense with many weapons to choose from, but they also wear bulky armor that gives them impenetrable defense. They’re even more so dangerous with high mobility since they’re a cavalry unit.

Being such a versatile unit, it makes no sense to not choose this Class as one of the best ones. With this Class on your roster, you will be able to change the tides of battle.

The base stats of the Great Knight are as follows:

Unlike the Great Knight, the Griffin Knight rides a griffin, which is better than the cavalry. Units of this class can only use one weapon at a time though, but in turn, can also use magic and staves. This makes them slightly better in terms of combat aspect, as they are more versatile.

You can use the Griffin Knight Class in many different ways compared to the Great Knight, but then also try to steer clear of Archers before they shoot you down.

The base stats of the Griffin Kight are:

The General is an Advanced class with Tier Rating S and is an Armored Main type class. Units with this class are especially proficient with a Sword, but can also be very deadly wielding an Axe or a Lance.

With a large number of weapons at hand, this class offers diversity like no other, that too not only in combat – it also provides impeccable defense. With such a versatile and highly dangerous Class equipped, your units will be most efficient on the battlefield.

The stats for the General class are as follows:

The Halberdier is an Advanced Class with Tier Rating B and is a Backup Main type. Units with this Class are highly proficient with a lance and hence, it is the perfect class for units that use the Lance as their main weapon. It works pretty much like the Berserker class in terms of weapon proficiency.

The Halberdier class is very useful in battle in terms of overall offense, but they can be a bit tricky to use, especially with the Pincer Exclusive Attack, which allows follow-up strikes on an enemy if an ally is standing behind it. You will need to understand the attack mechanics to use this Class properly, but nevertheless, is an excellent one to choose.

The base stats for the Halberdier class are as follows:

The Martial Master is an Advanced Exclusive Class. Units of this class are quite skilled with staff and hand-to-hand combat, but they are especially proficient with magic.

Martial Masters are mainly monks that mostly fight barehanded and are very useful for their healing ability, which surpasses that of the Master Adept class. Since they fight bare-handed, they won’t have much range to handle enemies far away, so will be most useful in close-quarter combat against dagger-wielding enemies.

Although Martial Masters cannot use Tomes, they’re still one of the top picks because they can heal adjacent allies along with themselves very efficiently.

The base stats for the Martial Master class are as follows:

As the name implies, units with the Swordmaster class are highly skilled with a sword, like the Berserker or the Halberdier Classes. This is perhaps the best Class there is for sword-wielding units. Moreover, they’re also pretty quick on their feet.

All you need to do with the Swordmaster class is to be careful against lance-wielding enemies – the rest can be cut through like cake. Swift and deadly, Swordmasters will be a huge help in clearing out enemies on the battlefield, often used as a backup.

The base stats for the Swordmaster class are as follows:

The Hero is an Advanced Class with a Backup Main type. This class has an A-Tier Ranking, and units with it are insanely skilled at using Swords, Lances, and more weapons.

Since they’re very versatile, they’re mostly used to initiate the battle and take the lead. The base stats for the Hero Class are as follows:

The Sniper is an Advanced Class with Tier Rating A and is a Covert Main Type. Units with this Class are proficient with a Bow – insanely precise and deadly at long range.

Snipers are mainly used for long-ranged combat since they’re covert archers. However, what really makes this Class special is the Exclusive Ability that comes with it – No Distractions.

This ability grants a +10 stats to Crit when targeting enemies that cannot counter a Sniper. This makes them highly effective against a lot of enemies, especially because most cannot counter long-range troops.

The only downside with this Class is that it’s a bit slow compared to the Bow Knight being a cavalry troop. Regardless, this is one of the best Classes to choose from in terms of long-range.

The base stats for the Sniper Class are as follows:

This is an Advanced Class with Tier Rating A, a Backup Main type. Units of the High Priest Class are proficient with weapons like the Staff, the Tome, and Gauntlets. That’s not it though, High Priests can also be very skilled with magic. They even have the ability to heal with the Self-Healing Exclusive Ability, which allows units of this class to target themselves with a healing stave.

Moreover, what’s special about this Class is that High Priests, although being a Mystical Main type, can also switch to the Qi Adept type, which is especially useful to counter Archers like in the Snipers Class.

The High Priest class is an excellent one to choose if you’re looking for units that can be good support.  The base stats of the High Priestt Class are as follows: