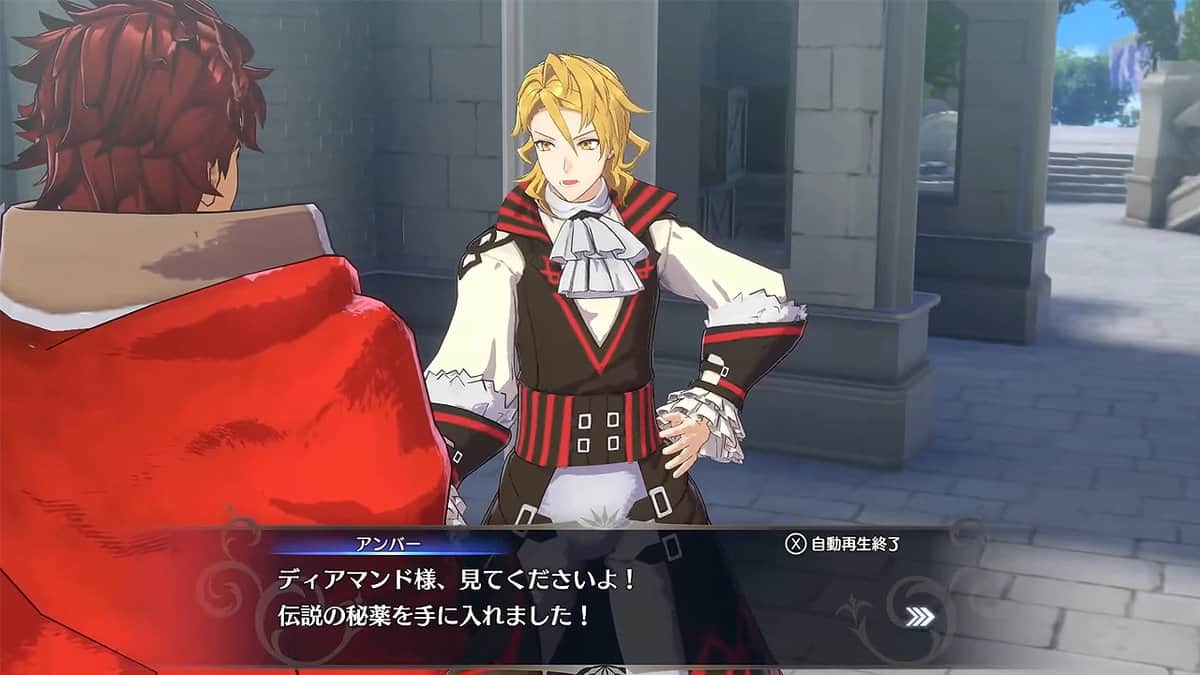 Amber resides in the Kingdom of Brodia, helping Prince Diamant in every situation. Amber love for adventures and legends knows no bounds, and he works very closely with the royal family of Brodia.

The Kingdom of Bordia lies in the northwestern part of Elyos, and the constant war with Elusia created some great warriors for this faction in Fire Emblem Engage.

Amber can be a vital part of your team, joining your squad during the chapter 8 battle. This guide is created to know everything about Amber, including his best class, skills, emblem, and gifts.

How to recruit Amber in Fire Emblem Engage

Being a constant partner of Price Diamant, he joins the battle with his highness. The Chapter 18: The Kingdom of Might battle takes place in the land of Brodia, requiring you to defeat Ivy.

To support you, Amber will join your team before the start of the battle. From there onward, you can recruit and play Amber in Fire Emblem Engage.

Amber’s starting class is Paladin, having A proficiency with a Lance. Amber primary weapon of choice is a lance. The class allows Amber to benefit from Pivot’s ability, allowing him free movement toward the opposite side of an ally. Creating a chance for his team to move in and make the most out of the situation.

You can also opt for Great Knight, and this class provides him with B proficiency for both sword and lance. The class change is simple; you just need to use one Master Seal to do the deed. Within this class, the Allied Defense ability comes in very handy. If Amber is between his ally and a foe, then the damage received by him reduces by three during the battle.

Amber’s skill, Aspiring Hero, allows him +20 Hit while reducing his Avo by 10 during the fight. The boost is only possible when no other units, including allies or foes, are not present within one space of Amber.

Amber can land a high-damage hit on foes while using his skill. Moreover, the personal skill stays with Amber even when you change his class from base to advance.

Gifts are blessings even in Fire Emblem Engage. You can improve your relationship with the recruitable characters by presenting them with their favorite items.

Every character has a different personality, so knowing about their choice is crucial before making any gifts. Amber loves many things, as shown by the list:

Select any gift from the above list and make your offerings to Amber, increasing your relationship with him. You need to open a bond conversation with Amber to offer your gift. He’s going to accept it with his whole heart, making everyone happy.

The best emblem choices for Amber are Sigurd and Leif.

Sigurd improves mobility because of his Gallop ability. Granting +5 movement to Amber and making him run through the ranks of the enemies, inflicting damage. As Amber’s highest proficiency is with sword/lance, Override’s ability allows him to play aggressively so he can attack and move through enemies’ lines. All these abilities make Sigurd a perfect fit for Amber’s class in FE Engage.

Leif Adaptable and Quadruple Hit also allow Amber to smash enemies using his most strong weapons and simultaneously land a single attack from each weapon.

Amber combat potential will improve much more when you align him with these emblems, making the foes feel his impact in FE Engage.

The starting stats for Amber are pretty weak when it comes to taking the front stage in the battle. His level of HP and resistance makes him vulnerable at the start of his gameplay. However, the build stat shows excellent value, which means he can move swiftly while carrying heavy weapons.

If you prefer to stick by Amber and play him in your games, then you need to know about his growth. The max stats indicate the real potential of Amber in FE Engage. So get him to the maximum level and enjoy a strong build’s benefits.