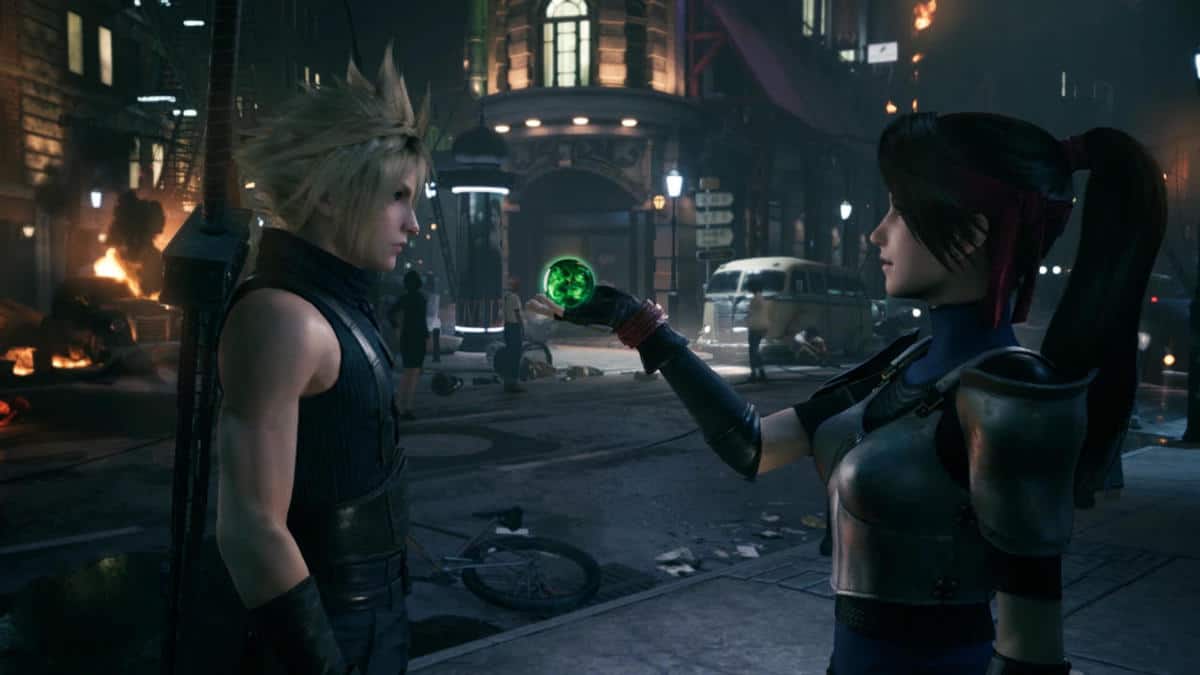 Magic Materia are important, and if you aren’t exactly utilizing them, you might find progressing through certain chapters to be specifically hard. This guide contains all the Final Fantasy 7 Remake Magic Materia Locations, Upgrades and Effects.

Monsters in Final Fantasy 7 Remake, have weaknesses. Bosses may tend to have more than one weakness that can be exploited by your party. Studying your enemy is rewarding and will allow you to take down a boss without wasting too many resources.

Using the correct equipment, such as the right type of materia, you can easily steamroll your way through different objectives and successfully make it to the end.

Choose to ignore these pieces however, and you will find yourself struggling with even the normal enemies.

Magic Materia will be highlighted as green. These pieces allow you to cast magical abilities at the cost of your characters’ MP.

Bosses and enemies will have exploitable weaknesses to specific elements which you can use by changing Magic Materia on your characters as you go.

We have compiled a list for you including all the Magic Materia and their effects in FF7 Remake, including where you will be able to find each and every one of them.

As the name implies, this Materia will improve your defensive capabilities by providing defensive spells. There are three variations to the Materia with respect to its levels.

Binding Materia will allow you to give status ailments to the enemies preventing them from functioning at their best in battle. It can also provide you resistance to specific type of status effects. There are three variations to the Barrier Materia with respect to its levels.

Location. Found in Slums in Sector 6 near the puzzle, also purchasable from a shop.

Using this Materia, you can clear your party of specific status ailments that might prove to be fatal during battle if left on for too long. Cleansing Materia has three variations according to its level.

Location. The Cleansing Materia can be found in Vending machines starting from Chapter 5 – Dogged Pursuit. Also, purchasable from a shop after the ‘Rat Problem’ quest for 300 Gil.

Equipped with Cloud by default, this Materia allows you to cast Fire-Type spells.

Location. Can be purchased from Sector 7 Shop in the Slums Factory Area for 500 Gil. It is also found as an Orb of Fire Materia in the Abandoned Factory you explore in Just Flew in From the Graveyard side quest in Chapter 3.

Allows the user to use Lightning magic, useful for enemies weak to Lightning.

Barret starts off with this materia. Later on, it can be purchased from Item Shop in Sector 7 slums in Chapter 3: Home Sweet Slum. Costs 500 Gil. Lightning Materia is also found in the vending machine just before you battle Crab Warden in Chapter 5 – Dogged Pursuit. It is also found in a stack of Shinra’s boxes and crates in Chapter 7 – A Trap is Sprung.

Equipping Ice Materia will give you various useful Ice abilities. It is equipped with Aerith by default.

Location. Purchasable at Sector 7 for 500 Gil, and lootable from Sector 7’s Scrap Boulevard, after the plate collapses. Ice Materia is also found in a small cage among Shinra’s boxes and crates in Chapter 13 – A Broken World.

Very important for the support character in your party as it will boost their healing capabilities by a bunch. Barrett will start off with this Materia by default.

Location. Obtainable in Chapter 2 from Jessie as part of the story. Can be purchased from the shop in Sector 7 for 600G, also lootable in the train initially in Chapter 5.

If any member of your party happens to be Knocked Out, you will find having this Materia by your side very useful.

Location. Revival materia is found in Chapter 4 – Mad Dash after you defeat Roach for the second time. It is found on the main story path so look out for it as you progress through.

Using Subversion you can exploit enemy defenses, it can also provide you, should you choose to use it in your equipment slot, resistance to death spells.

Location. Found as a drop from Ghoul in Chapter 11.

Adjust the flow of time and as a result, affect your ATB gauge.

Location. Reward for completing the side-quest ‘Missing Children’ in Chapter 14. Also obtained as a loot in the Drum Facility Dungeon in Chapter 17.

Use spells that can inflict the poison status on your enemies, with higher levels, you can do a great amount of non-elemental damage as well.. Equipping it to an armor slot simply gives you resistance to poison attacks.

Location. It is purchased for 1500G from the vending machine after the Queen Grashtrike fight in Chapter 5 – Dogged Pursuit. Also found in a small room towards the end of Chapter 10 – Haunted where you climb the ladder to the top.

Use Wind Elemental Magic with this Materia equipped.

Location. Purchasable from the researcher for 2000G, but first complete the Battle Intel 02 for Chadley. Your first Wind Materia will be discounted.