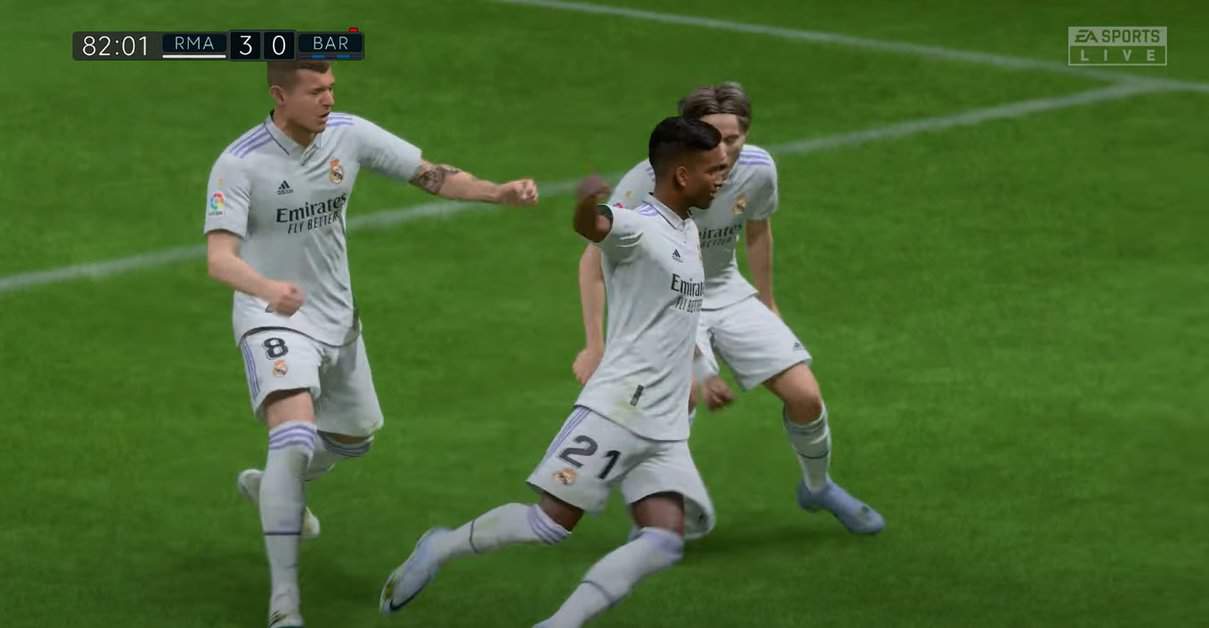 CDMs are the most critical players in FIFA 23 regarding defense. They help other defenders and ensure you have a strong defense that doesn’t let opponents take away the ball. As you know the importance of defense in a match now, it’s time to tell you about some of the best CDMs you can find in FIFA 23.

The Center Defensive Midfielders will ensure you have a strong line of defense that the opponent’s team will not find easy to breach.

In the table below, we have mentioned the top 10 CDMs in FIFA 23.

Joshua Kimmich is a German Center Defensive Midfielder who is playing for Bayern Munich with an 89 OVR, ranking him at the top of this list.

He is one of the most versatile players in the club and has been praised by several veterans for his technicality on the field. Due to this he has finally reached the top spot in best CDMs ratings.

He has improved his passing skill, that together with his defense skill, make him a great CDM.

The second top spot of central defensive midfielders is taken by Casemiro.

From Brazil, Casemiro plays for Manchester United and is equally as important to the club as any other top player in other teams.

He has jumped around 5 places to take this position in FIFA 23. He has worked on his defense skill like interceptions. However, he is also famous for his box-to-box role at the center of the field.

Residing from France, the top player for Chelsea, we have N’Golo Kante who drop down to the third spot in the best CDMs ranking. However, his overall rating is still 89, but his pace, passing, and dribbling skill are not as before.

He is known to be disciplined on the field and this attitude of his has made him capable of reading the game, making him a tremendous box-to-box midfielder in the center, who is best at tackling and regaining the ball with his high tactical awareness.

However, due to a drop in the skills mentioned above, his ranking is what is. Still, he is an incredible player to have in your defense line as a CDM.

Another Brazilian player is on the list. Fabinho is arguably the best CDM, not only in Liverpool but all around the globe, which takes him to the fourth spot in the central midfielder ranking from Liverpool.

He is one of the most versatile players who can regain possession of the ball without much need of any assistance, because of his quick move-set.

He progressed a lot to get to this position. His skills like pace and defense get a significant boost this year, which are core skills for a CDM.

Playing for Manchester City as the top CDM, Rodri is a Spanish player who now has an overall rating of 87 and looking to improve it further. He worked on all his skills and improved them except the pace, which helped him get to the fifth position in the ranking.

Despite being one of the youngest players in the team, he is regarded as one of the best CDM’s Manchester City has to offer due to his amazing passing ability, decent defensive acumen, and his overall work rate.

Brozovic is a Croatian player for Inter Milan. He has dedicated his life to Football and has represented his nation at the FIFA World Cup in 2014 and 2018.

He is often compared to Frank Lampard who is known as the best English player at Chelsea.

Brozovic is best known for his skills in tackling, running, and his role as a box-to-box midfielder on the field.

Another Spanish player on the list, we have the best midfielder in Barcelona: Sergio Busquets. He has been in captaincy for La Liga club Barcelona and the Spain national team, making him an experienced player.

He is the greatest holding midfielder of all time, according to most of his seniors. He intercepts pretty well to regain possession of the ball, and apart from being one of the best CDM’s of this generation, he is also a great central defender.

Rice is an English player who is appointed a spot in West Ham and has made his to being their top-tier Central Defensive Midfielder.

He has represented the Republic of Ireland internationally and at such a young age, he has received runner-up for the 2017–18 Hammer of the Year award, solidifying his status as the best player for his team.

Barcelona is filled with top-level performers on the field, which includes an Ivorian CDM ranking at an 84 OVR. He is an upper-coming talent who has already accomplished honors such as Serie A Team of the Year: 2020–21.

He is a highly skilled Midfielder for his team and amazing addition to this list of the best CDM players in FIFA 23.

Tonali is an Italian player for AC Milan who is considered their top Central Defensive Midfielder. He possesses technicality in maintaining his foot in his position with a smooth style on the field.

He is usually positioned in a central or defensive midfield in a 4–3–3 formation as a deep-lying playmaker.