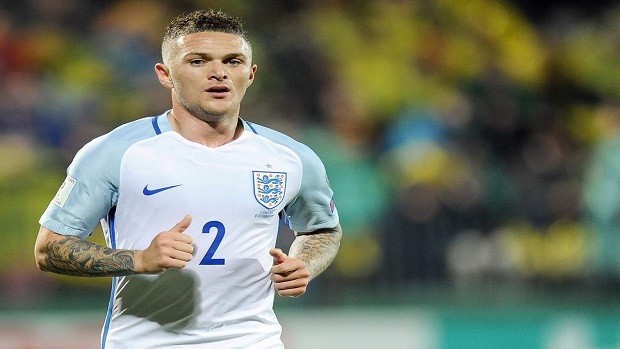 In this article, we have discussed ten FIFA 19 players who, we think should get an improved rating in the game, based on their World Cup performance. There are many relatively unknown players who surprised us with their contributions to their respective national teams and their ratings increase in FIFA 19 is due.

We have discussed ten such players and have gone into every bit of detail about their performance during the World Cup as well as a year prior to that. In this World Cup, many lower ranked teams surprised us which gave a lot of limelight to lesser-known stars. Therefore, when FIFA 19 gets out, you should definitely be looking for these players.

As the FIFA World Cup ended, there were a lot rising stars we saw who surprised us with their skills. We will focus on those lesser-known players who were unknown to most of us but managed to break into the scene during the World Cup.

While there are many FIFA 19 players we can discuss who showed a lot of promise in the World Cup, we will try to keep it short and stay at ten players who surprised us the most.

There is also the fact that players put more effort into their respective national teams as compared to their clubs. As they will go an extra mile just to see their homeland go through. Moreover, we will also be looking a bit into their past performances to get more insight.

Kairen Trippier has been a revelation for England fans at this World Cup with some comparing him to English legend David Beckham. Trippier who plays at the RB position caused a lot of trouble for the opposing teams with his crosses and set piece deliveries.

Trippier also showed a great composure in defense. While he lacked the pace, most fullbacks got in this generation, his tactical abilities make up for it.

Kyle Walker transfer to Manchester City paved the way for him into the starting line-up Tottenham Hotspurs who shifted his career and made him a key player for the team.

It will be harsh if he does not get a substantial increase in ratings. We are expecting him to get at least 81 in overall stats with focus on Crossing, Strength, Free Kicks, and Corners. There should be a bit of increase in Pace as well – 77 is bit harsh as it should near 80.

One of the two rising stars for Russia at this World Cup. Alexandr Golovin played the vital role in Russia’s success at the World Cup. He was instrumental in transforming Russian counterattack into goal scoring opportunities with his key passes and tight dribbles. Golovin also proved to be a dangerous at set pieces; he currently sits at 72 in Passing which is a lot lower than the skills he showed us at the World Cup. 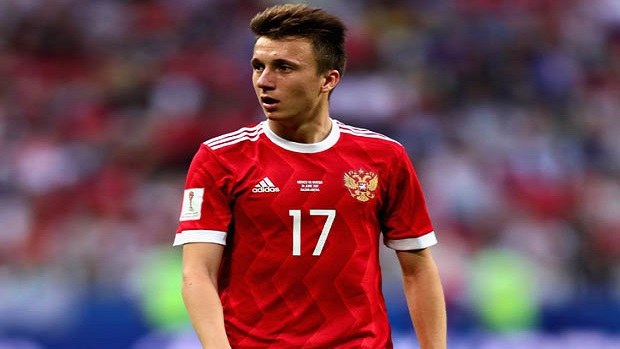 On average, Golovin should get a rating of around 82 and he should be in the running for high growth FIFA 19 players in Career Mode. With many interest form big clubs like Chelsea and Arsenal, his career is on the rise.

Hirving Lozano, one of the most exciting prospects for the PSV was great addition to the Mexican team in this World Cup. A versatile player who can play on both wings as well as playing upfront as a second striker. He can provide a connection you need during a fast counter attack. 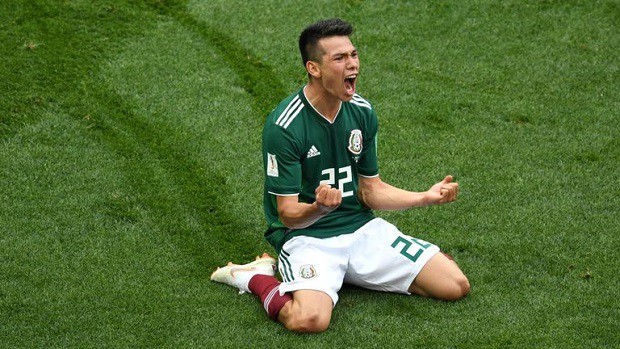 He relies heavily on his pace and dribbles which was vital in Mexico’s tournament hopes but sadly, he could not lift Mexico’s last 16 curse. Lozano is currently rated 78 in FIFA 18 which is bit lower considering his growth last year. We are expecting him to have at least 83 average rating.

Ante Rebic is a workhorse. While he had his ups and downs in the World Cup, he performed relentlessly in Croatia’s race to the Finals. Most of the attacking happened on the Croatian right as both Rebic and Vrsaljko was instrumental in delivering Crosses/Key Passes into the box. 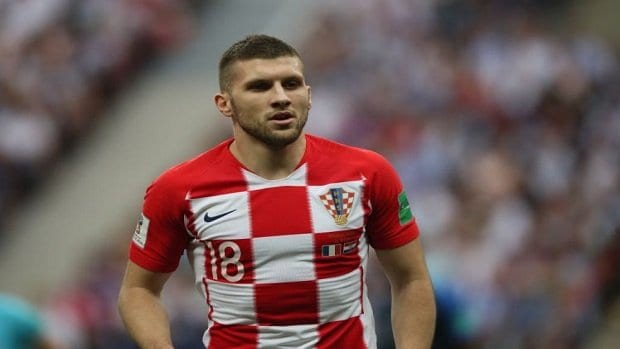 While Rebic missed some important chances during the World Cup, he proved to be an incredibly fit player. Ante Rebic is currently rated at 72, which may have been reasonable, but he deserves at least 5-6 points increase in the overall rating.

Columbia gave us James in the last World Cup, this time Juan Quintero manages to surprises everyone at international stage with his exceptional performance during the World Cup.

Quintero can both play as an Attacking Midfielder as well as a Center Forward, just like James. Unlike James, his more of a Forward than a playmaker.

Quintero can be a next big thing if he plays his card right and join a decent club where he can get a lot of playtime. He is rated 77 now, he should be now rated a bit higher at or around 80 overall rating with improvement in Shooting/Finishing.

A midfielder turned Defender who was unknown until last year when he along with his teammates manage to surpass their hopes at Vfb Stuttgart. Naturally, he likes to play at CB but was transformed into an RB at Vfb Stuttgart which paved the way for his selection for French national team. France was stacked in CB spot but lacked reliable RB’s.

Benjamin Pavard played an instrumental role in the French victory in Russia. With exceptional performance in containing the attacking on the right side. 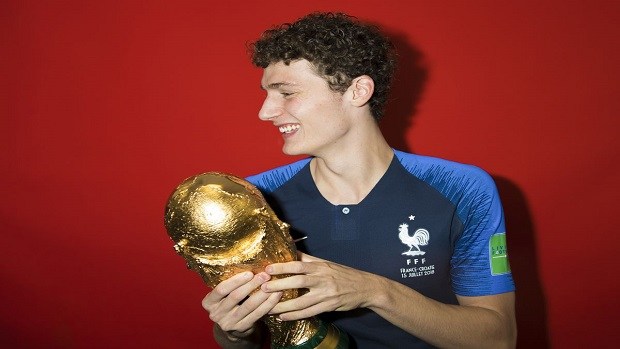 While most of us were focused on his goal against Argentina which gave them the win in round of 16, his defensive abilities were also top notch during the game. He is currently ranked at 72 which a lot lower than the actual skill of the player. Even last year you could expect him to be ranked at least 77/78. We expect him to rank at least 82/83 this season as he is a solid player.

Achraf Hakimi was one of the prime prospects under Zidane in Real Madrid Academy, his performance and potential was pivotal in Zidane selection of him for the first team. 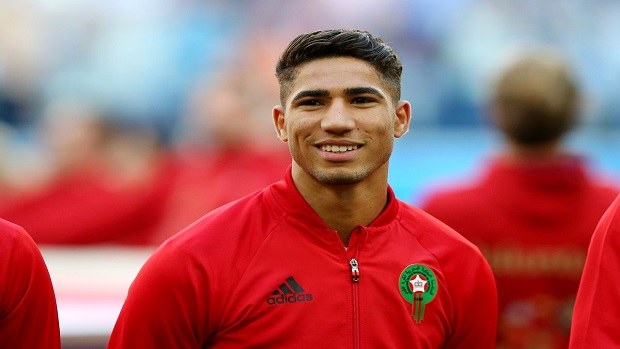 His performance for the national team was applauding as he manages to surprise many by being an important player in the Moroccan side. Achraf Hakimi mainly play as a RB but can be used in the center of the defense as well, his loaned to Borussia Dortmund where his real test begins.

At this moment, his overall rating is 70 which is considerably lower than the actual performance we saw at the World Cup. While his not a star yet but we except at least 6-7 points increase in overall rating.

Denis Cheryshev the man famous for knocking out Real Madrid from Copa Del Ray by playing as a suspension. Showed the world at the World Cup he is a much better player.

This World Cup was mesmerizing for him as he managed to stun the world with goals against Saudi Arabia, Egypt, and Absolute stunner against Croatia. 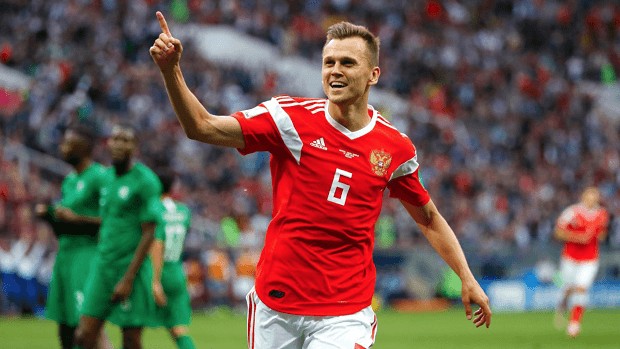 He was phenomenal in the World Cup with his runs, key passes, and goals which contribute a lot to the success of the team. Denis Cheryshev is at this moment have rating of 79, which may have been true for past, but he should have rating of at least 81 with improvements in finishing and strength. 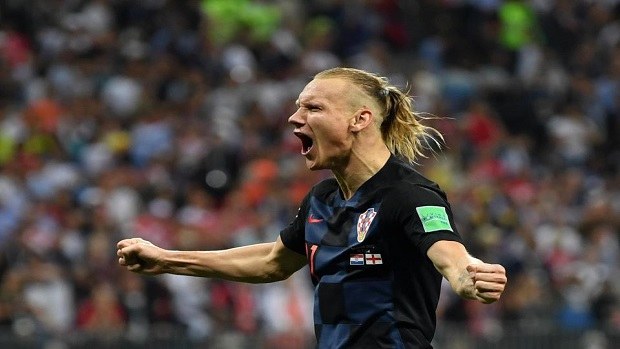 Vida was a workhorse for the Croatian defense and was rarely look tired as the team faced many extra time matches in the quest for the World cup. Vida is currently ranked at 79, he is 29 years old so this may be the only big boost he will getting in his career. This may look farfetched for some but I think he should be ranked 84 or maybe 85.

Lucas Hernandez rather known name if you follow Atletico Madrid, played an amazing World Cup for the French national team. Atletico Madrid is known to producing some amazing defenders and defensive midfielders especially under Diego Simone. Hernandez is one the prime example of his work. 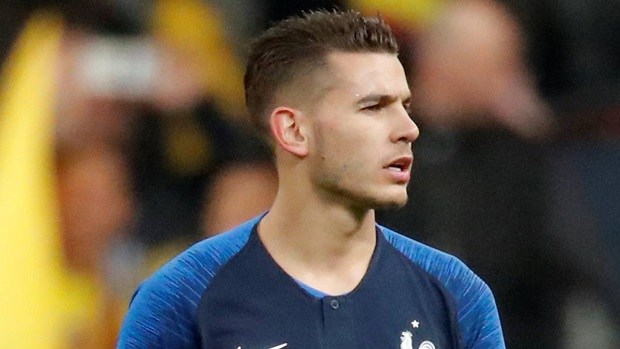 Hernandez while venerable at times was quite solid on the left side. His also very good at passing/making runs. He is currently ranked at 76 which is quite low and he should have at least 81/82 in overall rating.

These are ten FIFA 19 players we think deserve a substantial increase in the rating after World Cup performance. Let us in the comment section below!