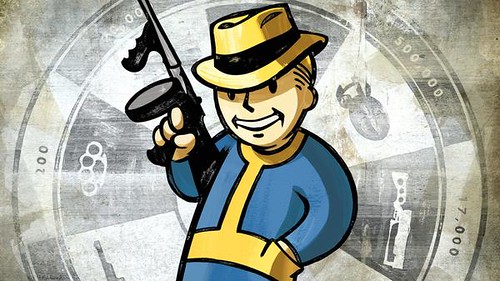 There are other statistics as well like Health, Radiation Resistance, Inventory Carry and similar, which are derived from these two. Your skills determine your abilities like Lock Picking, Sneaking and Weapon Usage.

S.P.E.C.I.A.L. stands for your character’s seven primary attributes, which are, Strength, Perception, Endurance, Charisma, Intelligence, Agility and Luck. You will start by distributing points to these attributes before you make your way to Mojave Wasteland, while creating your character.

Depending on the way, you want to play the game, set the values of these attributes.

Intelligence
Intelligence affects your Science Skill, Repair Skill, Medicine Skill, and the number of skill points you will gain on leveling up.

Luck
Luck affects all of your skills and mostly critical hit success rate.

Since Fallout New Vegas S.P.E.C.I.A.L. attributes determine the starting value of your skills, if you have the attributes set, it will help you focus on the skills which are most important to you.

Also when creating the character you may have the opportunity to tag 3 skills (as per Fallout 3, since its the same engine, we are assuming this feature will be retained) you feel are most important, which will give your character extra points in that skill.

You will have several opportunities to improve on your skills and attributes throughout the game so its better not to set any skill to the max at start.

Barter (Charisma)
Barter skill will effect your transactions, the higher the skill, the lower the prices of items you buy.

Explosives (Perception)
How easily you can disarm a mine, how effectively you can use any explosive weapon like mines, grenades, missile launcher etc.

Guns (Agility)
This skill determines your effectiveness with any weapon that uses conventional ammunition.

Lockpick (Perception)
This Skill dictates how effectively you will be able to open locked doors and containers.

Medicine (Intelligence)
Medicine skill points determines how many hit points you will recover when you use stimpack, and the effectiveness of Rad-X and RadAway.

Melee Weapons (Strength)
This skill determines your effectiveness with any melee weapon.

Repair (Intelligence)
Repair skills allow you to repair and maintain your weapons/apparel. Also enables you to create items and guns ammunition at reloading benches.

Sneak (Agility)
The higher this skill, the easier it is to sneak and do your job undetected. You can steal, pick pocket and attack while sneaking to get your opponent in one hit.

Speech (Charisma)
Speech skill will dictate your influence on other via dialogues. The higher this skill, more influential you are. If this skill is high, you can get useful information otherwise people won’t share with you.

Survival (Endurance)
Increases the hit points you receive from food and drinks. It also helps you to create consumable items at camp fires.