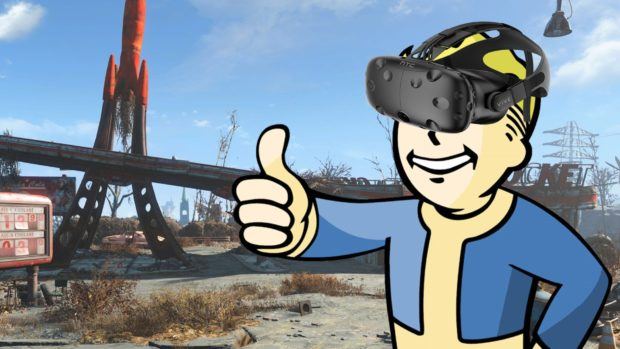 Bethesda has been talking about its Fallout 4 VR for quite some time and we will get the first glimpse of it during E3 2017.

However, AMD is also very impressed with Bethesda’s approach for Fallout 4 VR. Speaking during VR World Congress, AMD Corporate Vice President Roy Taylor said that Fallout 4 VR will be an industry changer event much like the original Super Mario Bros and Sonic The Hedgehog.

Also, Bethesda will not be making a run of the mill VR version of the widely popular Fallout 4, instead the studio has assured fans that it will be a complete experience.

According to Bethesda’s director and executive producer, Todd Howard, the upcoming Fallout 4 VR will be a complete experience that will be comprised of the entire game.

Also, Fallout 4 will not only support VR in the future, but Bethesda has also confirmed that Fallout 4 will be patched for Xbox One Scorpio along with Skyrim.

We just wrapped up updating Fallout 4 for the PS4 Pro. We’re used to that in the PC world. We can update the games, and people keep playing it. Microsoft’s Scorpio is coming next year, and we’ll update Fallout 4 and Skyrim for that.

Fallout 4 is an open-world action RPG developed by Bethesda for PC, Xbox One and PlayStation 4.