How To Respec/Reset Stats In Elden Ring 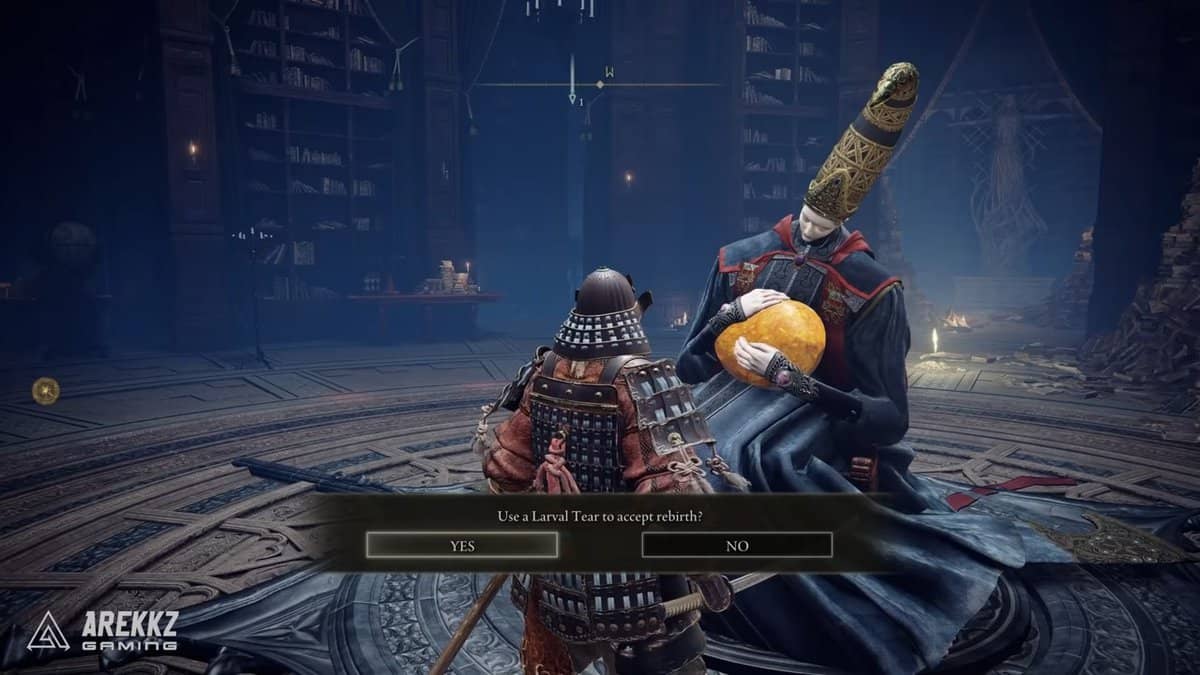 The extent to which Elden Ring goes to give you the amount of freedom you have in doing stuff is pretty surprising. It seems more of a sandbox game than a story-driven game due to the variety of choices you have to make. Not only does this include an open world with lots of stuff to do but also the aspect of creating an absolute plethora of builds.

With all the different sets of weapons and/or equipment that you have, you go ahead and make a build revolving around them, which includes different kinds of stats like Strength, Dexterity, etc.

An example of this would be choosing a high amount of strength to efficiently wield a longsword/greatsword or any big weapon.

Given the number of builds you can make, it can often be hard to choose which one to go with, and if made the wrong choice, a player should have the means to switch to another one.

Let’s say you’re playing with a melee build, but you realize you really don’t enjoy playing with it, so you’d maybe want to switch to a pure Mage-type build. On the other hand, what if you made a mistake while choosing an upgrade for your stats? What do we do in that case then?

Well, it is now made possible, for a small price, to reset/respec your stats. But how do we do that, You ask?

You should find the answers to all your questions in this regard with the help of this guide below, in which we’ll be discussing how to respec/reset your stats in Elden Ring.

How to respec/reset stats in Elden Ring

The ability to respec/reset your stats and attributes in Elden Ring can often come in quite handy. It lets you re-allocate all the points that you have earned into leveling up into different stats.

There may come a time to do this when you’re planning to go for a different build, or just simply trying out a new item that requires a different set of minimum stats to use.

There are two separate prerequisites you need to complete before you can reset your stats and rebuild your character.

The first of these prerequisites is the more difficult one. To actually unlock the ability to reset your stats, you must first have defeated a major shard-bearing boss in the game – Rennala, The Queen of the Full Moon. This lady resides in Raya Lucaria Academy, and you’ll eventually have to face her one way or the other as part of the main story.

Regardless, beating Rennala calms her down and after you claim her ‘Rune of the Unborn’, she grants you access to reset your stats at her arena in Raya Lucaria, but for a price, which is the second pre-requisite.

The price to carry out the respec is a Larval Tear, which is a pretty rare item and often hard to come by in the world of Elden Ring.

Where to reset/respec your character in Elden Ring

Resetting your character or attributes requires the help of Rennala. Only after you’ve beaten her in battle, she’ll allow you to reset your stats. Once you have done that, she’ll reside peacefully in the boss arena at the Raya Lucaria Academy located in Liurna of the Lakes.

All you have to do then is travel to the Raya Lucaria Grand Library and talk to her and select the option of Rebirth, after which you’ll be brought to a Rebirth Menu where you can reassign your points.

When to reset/respec your character in Elden Ring

As you progress through the game, you’ll come across new items like spells, pieces of equipment, or weapons that you cannot use due to not meeting the minimum requirement of stats that it has.
Resetting your stats for that matter will simply solve that problem for you, but there’s so much more to it than just that.

Elden Ring is a pretty long game and has a variety of different bosses to face. If late in the game, you ever feel bored of your current playstyle due to your build or are having trouble defeating a boss, you can completely reset your character without actually restarting the game. This will allow you to try out and perfect other different builds or to make a particular build that revolves around a particular weakness of a boss you’re having trouble defeating.

Moreover, you can also reallocate your points to other stats in case you’ve made a mistake somewhere along the way.