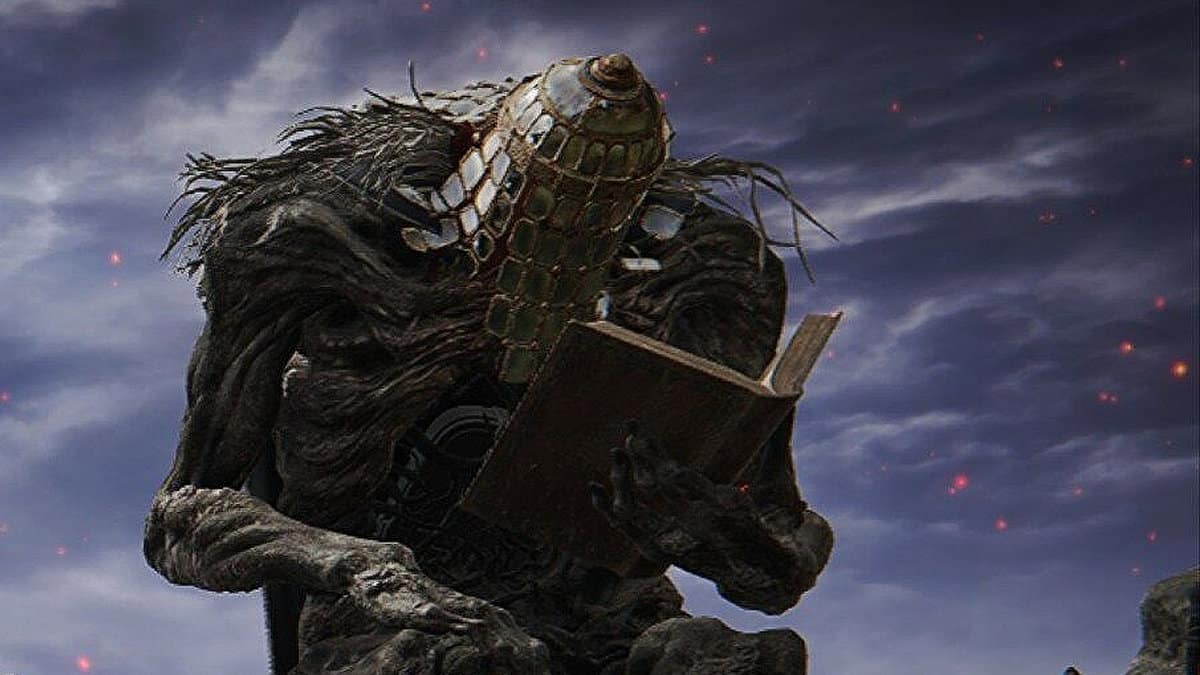 War Counselor Iji is both a blacksmith and a merchant NPC in Elden Ring. He’s a giant troll who is known for smithing for the Carion Royals but being a gentle giant, he provides resources to the players as well by selling Somber Smithing Stones and upgrading your weapons.

Unfortunately, the Smithing Master Iji lacks movement which prevents him from traveling. Therefore, he asks for your help to complete his questline which rewards you with Iji’s Bell Bearing and Iji’s Mirrorhelm.

In this guide, we’ll be showing you where to find Smithing Master Iji in Elden Ring along with the entire walkthrough of Iji’s quest.

Where to find Smithing Master Iji in Elden Ring

You’ll encounter Iji on multiple occasions as he is located in four different parts of the map. Therefore, you’ll cross paths with him quite often during various questlines.

The first time you encounter Iji will be at Caria Manor. As you make your way through the Kingsrealm Ruins, you’ll have to break through a wall on the northwestern side of Liurnia to unveil a passage that leads you to the Road to the Manor Site of Grace where you’ll initially find Iji.

When completing Ranni the Witch’s questline, you’ll come across the War Counselor Iji at Ranni’s Rise. There you can ask him questions related to your questline.

Upon completing Ranni the Witch’s questline up until you’ve reached Nokron and found Blaidd trapped at the Forlorn Hound Evergaol in Limgrave, you’ll find this giant troll as he’ll answer your questions regarding the imprisonment of Blaidd.

Your final encounter with Iji takes place right after completing both Ranni’s questline and Blaidd’s quest. You’ll come across this merchant at Road to the Manor Site of Grace where he was found during your first meet.

Below we’ll show you how to complete the Smithing Master Iji questline in Elden Ring.

Speak with Iji at Liurnia

Start the quest by finding Iji at the Northern Liurnia. Once the interaction takes place, you’ll unlock Iji as a blacksmith and can receive his services such as weapon upgrades, similar to Smithing Master Hewg who upgrades Armaments.

However, instead of Ashes of War, Iji will provide you with Somber Smithing Stones along with a Carian Filigreed Crest for completing Blaidd the Half-Wolf’s quest.

Upon defeating the Royal Knight Loretta, you’ll unlock Caria Manor in Liurnia to its entirety. This allows you to roam around the location, discover valuable resources, and come across other NPCs to interact with.

Once the location is unlocked, you can vow to provide services to Ranni which triggers an encounter with Iji inside Ranni’s Rise. This is where Iji informs you about his role as a blacksmith of the Carian royal family and the current War Counsellor of Ranni.

After the interaction is over, head over to Road to the Manor Site of Grace to acquire the details about the eternal city of Nokron and the quest of Blaidd and Ranni.

Receive the questlines for Blaidd and Ranni

After meeting Iji at the Manor Site of Grace, you must take part in Lady Ranni’s task for Blaidd and defeat the Starscourge Radahn. Upon doing so, head back to Iji and speak to him about the eternal city of Nokron.

Visit Forlorn Hound Evergaol in Limgrave and find Blaidd imprisoned. Return to Iji and ask him the reason for Blaidd being trapped before Ranni’s destiny was fulfilled.

Return the Fingerslaying Blade to Ranni and meet Iji at his spawn area near the Road to the Manor Site of Grace situated in the northern part of Liurnia and be crowned as Ranni’s true champion.

Death of Iji the Blacksmith

After completing Ranni and Blaidd’s questline, return to Iji at the Road to the Manor Site of Grace in Liurnia and find his corpse near the anvil.

Loot the anvil and receive Iji’s Bell Bearing and Iji’s Mirrorhelm as a reward for completing the Smithing Master Iji questline.

You can then trade the Bell Bearing to Twin-Maiden Husks to access Iji’s inventory and gain Somber Smithing Stones without the need of a blacksmith.