How To Get Gelmir Glintstone Staff In Elden Ring

Where to find the Gelmir Glintstone Staff in Elden Ring

You can get the Gelmir Glintstone Staff by defeating the first boss of the Temple of Eiglay in Mt. Gelmir.

Begin by heading towards Volcano Manor. From there, you need to select the Temple of Eiglay Site of Grace on the map. 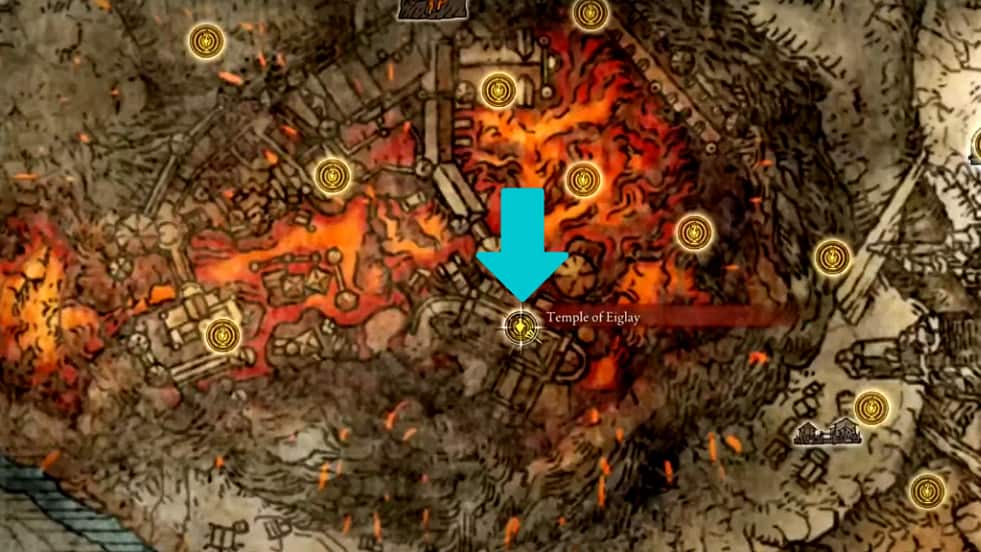 At the grace site, head towards the north corner of the hall. You will find a small archway out of the building. Straight ahead, enter to next building through the open door.

You will find small enemies along the way, but you can ignore them. Take the stairs down at the end of the path. Continue northwest into a small door.

At the right, enter another door and head east. There you need to fight two Man-Serpents. Then you will come across another Man-Serpent, but he has a potato head this time. Defeat and loot the Man-Serpent to get the Gelmir Glintstone Staff.

Take note that the Gelmir Glinstone Staff has an extremely rare drop rate. Hence, you’ll likely have to make multiple runs until you finally get the drop.

This weapon does not have any skill. You cannot infuse this staff with the Ashes of War and neither can you buff or enchant it using magic or consumables.

Gelmir’s Fury, Magma Shot and Rolling Magma are the magma sorceries included in the weapon and their boost is almost around 15%. The drop rate for this weapon is considerably low , around 11.11% at 100 discovery.

Every Glintstone Staff has sorcery scaling, and for the Gelmir variant, it is 170. This staff boosts lava sorceries and like the others, can be upgraded using Smithing Stones [1-8] and Ancient Dragon Smithing Stones to improve effectiveness.

Using these smithing stones, you can easily upgrade your staff from standard stats to maximum standard +25 stats.

The following are you standard stats.

The following are your +25 stats when you have maxed out the staff.

How to use the Gelmir Glintstone Staff

If you’re building a spellcaster or are focusing on sorcery-based attacks, you’ll need to have a Glinstone Staff. It has a hybrid scaling with intelligence and faith.

Minor scaling in Strength can also be achieved. For mixed staff, you need to have equal points in intelligence and a hybrid attribute, which is faith, to get the sorcery scaling you want.