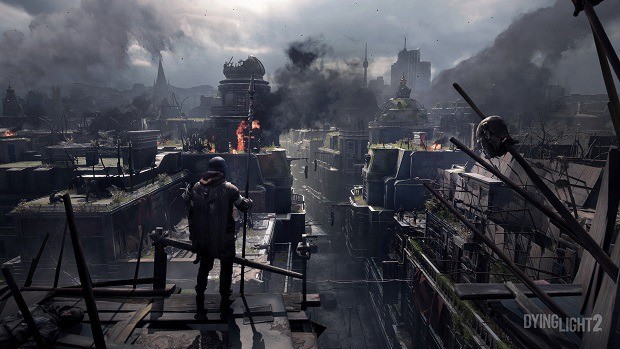 Dying Light 2 is the upcoming title from developer Techland and a follow up to the original Dying Light. Now the developers have confirmed that the game is set 15 years after humanity lost its war against the infected.

Speaking with DigitalFoundry, lead designer for the title confirmed that the upcoming Dying Light 2 is set in a world in which the humanity has lost its war against the infected 15 years ago.

This allowed the team to create a world that is truly theirs and not bound by the laws of the real world.

He added that there are certain visual cues in the game itself that gives you the impression that the game’s world is familiar but at the same time is strange.

There will be places in the game’s world that players will recognize but these places would have been changed due to the apocalypse.

Not only that, each player’s world will be unique depending on their choices if they want.

The developers have hinted that each players’ world will be different based on their choices and other players will be able to visit their world and see that it is very different from theirs.

We believe co-op is deep in the Dying Light DNA, So you’ll be able to experience all of this in co-op. And the cool part is that each player can create his own version of the city. So if I play my game in my world it will be different than the things I will see when I visit your world.

Speaking of the game, lead designer for the upcoming Dying Light 2 also confirmed that the studio has left behind the Chrome Engine used for many of its past titles and have developed the new game Engine from the scratch called C-Engine for Dying Light 2.

While the game engine has been completely changed but the game keeps the sense of scale of the original title as the C-Engine was designed specifically for the first-person open world title.

Not only that, the game engine allowed developers to increase the scene complexity in the upcoming title as the building architecture is much more detailed and the foliage has been increased significantly compared to the original Dying Light.

According to the lead designer, with Dying Light 2 the studio saw a need for a new game engine that could render high-quality visuals for a first-person open-world title.

Dying Light 2 is currently in development at Techland for PC, Xbox One and PlayStation 4. No release date has been announced for the game.