Dragon Age Inquisition: How to Equip Heavy Armor on Mages and Rogues 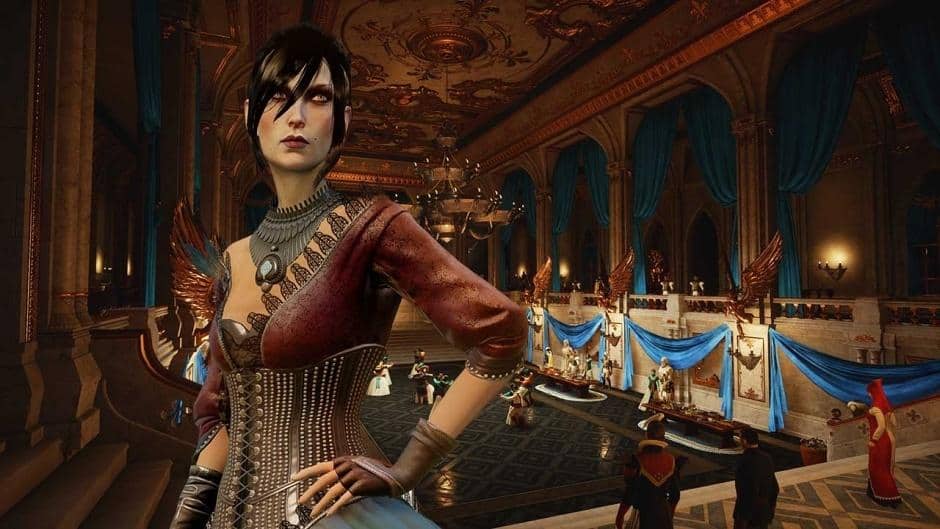 You’re probably drooling over some of those cool-looking heavy armors in Dragon Age Inquisition which the likes of Casssandra and Blackwall are wearing, wishing your skinny Mage could also be suited in  similar shiny heavy metal.

Well, there is a way for them Mages and Rogues to actually get their hands on heavy armor that they could wear. However, there is a little trick to this that you will have to be aware of.

The first and foremost thing you’ll need for your Mage and Rogues to wear heavy armor is a schematic of any one of the armors. Once you have the Heavy Armor Schematic (for example, the Warden Heavy Armor), you will need several items.

The highest quality metal in the game is Tier 3 metal, and includes the likes of Volcanic Aurum, Lazurite, Stormheart, Silverite, and a few others.

Silverite is special for various reasons, at farming it can sometimes get you a Fade Touched Silverite. This is a Masterwork piece that can be inserted into the Heavy Armor, and what it does is take out any class restriction on your armor.

Yes! You can equip any kind of armor to any class if it is embedded with a Fade Touched Silverite. You can even be a total stooge and decide to equip your Tank with mage drapes (though I have no idea why you’d do that).

For the remaining, I would suggest you use normal Silverite even for the Metal part while crafting your armor. For more help on Dragon Age Inquisition, read our Rogue Class Builds, Warrior Class Builds, Mage Class Builds and Character Progression Guide.

How to Farm Silverite
Tier 3 metals are relatively rare, and like many of the metals they are highly area-specific. You’ll usually find Silverite in rocky regions. The best places to find Silverite is in Emprise de Lion.

Take the Drakon Keep camp pathway and search in every nook and corner of the rocks on either side. Once you’re done with round, exit Emprise de Lion, then travel back again and repeat the process; the nodes respawn.

Save before taking the Drakon Keep path, and farm all the Silverite nodes possible. If you don’t manage to find a Fade Touched Silverite, simply reload the save and try again. You should be able to acquire it.

Once you do, simply slot it into the Masterwork socket of your armor, slot in regular Silverite in the Metal socket, and any cloth of choice in the Cloth Socket to give yourself a high-tier awesome Heavy Armor that your Mage or Rogue can equip.

Now stand in the frosts and watch the Silverite metal on your armor blind enemies with its shine!