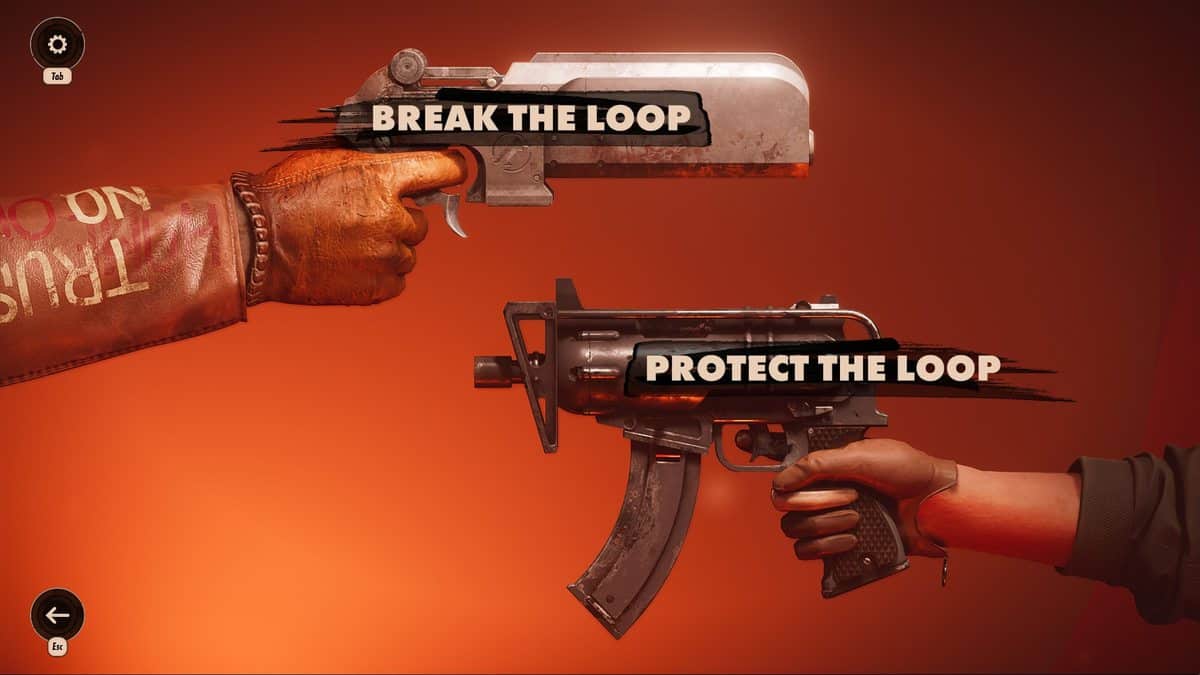 Deathloop features a decent arsenal of weapons that can be used to kill your enemies, but naturally, some of these towers over the other in almost every aspect. In this guide, we’ll present a list of the best weapons in Deathloop so that you know what’s the best one to pick up for your runs!

Now, Deathloop features a few guns, but the variety comes from the difference in rarity as well as the perks that each weapon has. This allows you to find different weapon builds that are different in their own way.

Now, we will look at the weapons with possible perks that will make your day in Deathloop.,

LIMP-10 is a small caliber SMG that can be dual-wielded. LIMP-10 is a common weapon and can be easily found. Now, since it is an SMG, dual-wielding means you have got very high fire rate as well as damage.

The weapon works best with the Shock Absorber perk which reduces recoil. This allows you to get the most out of your dual-wielded LIMP-10s. If you are not dual-wielding, try the Suppressor so you can take out enemies one by one without raising the alarm. Secondly, consider Double Trouble Character to increase accuracy.

From fire rate, we move to firepower. The high-caliber revolver is a hand cannon with a strong punch. Like LIMP-10, it can also be dual-wielded for some damage.

Now let’s bring out the big guns. MG-1 Pepper Mill is a small caliber assault rifle with substantial recoil and decent range. The weapon can easily clear out enemies.

The weapon should be used with Speedloader perk, Shock Absorber perk, and Big Box perk. These will stabilize your weapon, grant you a larger magazine for the gun and you reload the weapon faster, allowing you to keep the carnage going on.

What is better than a shotgun? an automatic shotgun of course! And that is exactly what Strelak 50-50 is. A semi-automatic shotgun with a glacial reload. The weapon that can be used to kill those stronger enemies is a jiffy.

The two perks we say cannot be substituted are Speedloader and Big Box. They will allow you to reload faster and have a bigger magazine as well. The last perk can either be Hailfire, which increases your fire rate allowing you to get in more damage, or Lightning Strike, which increases the full damage range of the weapon. Your choice on how you wanna go.

Now we need range. Rapier is essentially a sniper rifle with excellent accuracy and decent range. With a large caliber rifle, there is not much wrong that you can do.

The biggest downfall of Rapier is that it is a one-shot-per-reload weapon. So, we say go with Big Box and Speedloader perks to get additional ammo per shot and also reload faster.

This is a fancier large-caliber sniper, with a shine scope and all. The scope gets you better range than Rapier, but it suffers from the exact same problems as Rapier.

So, we again recommend Big Box and Speedloader perks to get additional ammo per shot and also reload faster. The weapon is found in “keep on Giving” Arsenal Lead in Updaam in the afternoon.

Do you what the issue with rifles is, they are bad in close range. But a shotgun is useless in range. This is where the transforming gun Heritage Gun comes in, able to transform into a Shotgun and a Rifle.

The weapon is a mix of two of the most desired weapons in gaming. A rifle allowing you to kill from a distance, and a powerful shotgun for close range.

We suggest Speedloader, as you will have to reload a lot when using one weapon for all fights, and Sure Shot to increase accuracy and get the most out of your weapon.

Heritage Gun can be found in the “Super Shifty” Arsenal Load in Karl’s Bay in the evening.

So, those were all the best weapons in Deathloop that you need to keep an eye out for. Now get out there and give get those Visionaries!