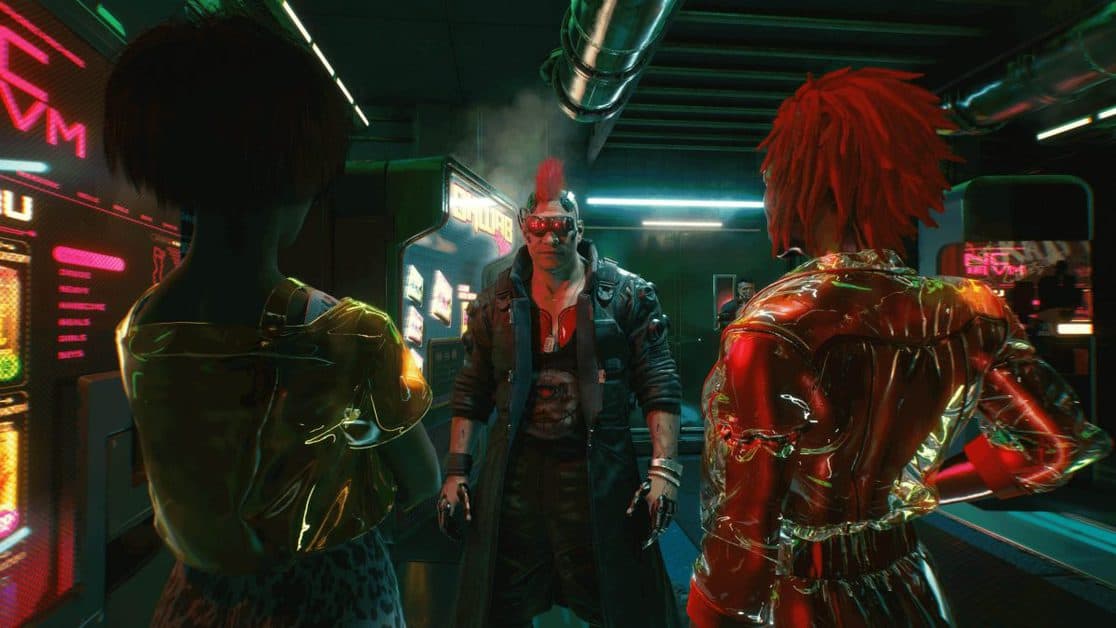 In this Cyberpunk 2077 Crime and Bounty Rewards guide, we’ll walk you through all the information you need to know about the bounties and reported crimes in Cyberpunk 2077 and what kind of rewards they’ll give you.

If you’re feeling heroic, you can step in and stop these criminals in their tracks and earn yourself some money.

Early on in the main campaign, you’ll figure out that you can use V’s scanner to see all the bounties currently available in Night City.

To complete a bounty and earn the reward, you just need to eliminate one or more targets. That’s all there is to it. Once they’re eliminated, you’ll be given the money.

Do note that even after eliminating the target, you might not see the reward show up on your screen. If this happens, it means that you’re still in combat.

Your combat status is signified by your mini-map. While you’re in combat, your mini-map will have a red border and it’ll say ‘Combat’ at the bottom.

Since you don’t get shown your earned rewards or XP while you’re in combat, you need to wait until you’re out of it to reap the rewards.

Now that you know how bounties work, the real question is whether you should even bother doing them.

Based on just the rewards, the answer is no; most of the time. In most bounties, you’ll have to eliminate a few different targets, so they’ll take quite a bit of time to get done; yet the money you’ll earn from them won’t be anything worth considering.

However, the money you get from a bounty does scale up with how powerful that target is.

For example, a mob boss is worth much more than a petty street criminal. So, if a bounty comes up on a rich and powerful person, then it’ll probably be worth doing.

Reported Crimes are much more complicated than bounties because you’ll have to complete multiple bounties within them.

And after completing the bounties, you might also need to collect some evidence to complete the job.

To check if you need to collect evidence, look at the right side of your screen. The task will be displayed there if you’re still present in the area.

The evidence can be anything, ranging from some data on a laptop or some specific items on a person. V’s scanner can be used to find the evidence.

After you’ve gathered all the evidence, you’ll get yourself the rewards for the task.

If you don’t get any rewards but instead get a job update on the left side of your screen, it means that your job isn’t done just yet.

Open up your Journal and scroll down to the NCPD section. You’ll see the next task for the reported crime in there.

Once you’ve finally finished the job, make sure to return to the area of the reported crime and grab all the loot from there. Even junk items in these areas can be worth a lot of money, so don’t shy away from grabbing these items.

You will be taken out by the NCPD every time you commit a crime in Night City. There isn’t a police chase mechanic in this game, so they won’t chase after you in their vehicles unless you install an Enhanced Police mod.

The Crime Prevention System makes it so that every time you have a Wanted level 4, the game will instantly kill you, preventing you from committing any further crimes. This mechanic seems like a lazy fix for the cop’s inability to chase after you.