How to Defeat Kallamar in Cult of the Lamb 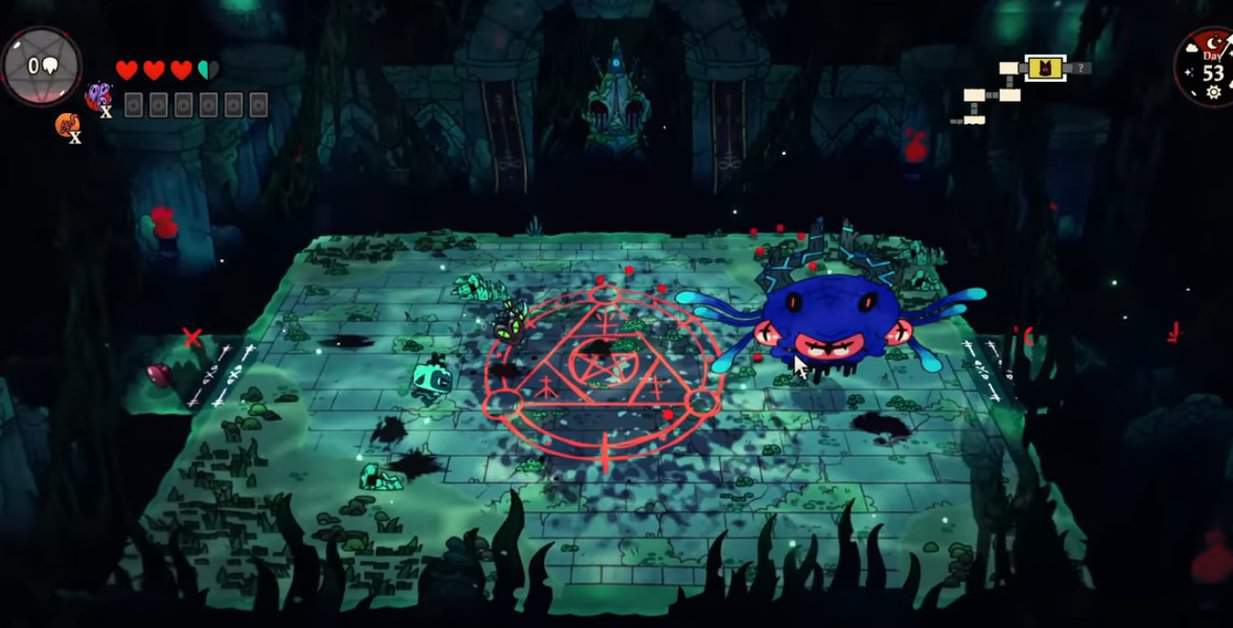 Since Kallamar is the 3rd bishop opposing your cult, you will find it in the 3rd region of the game. Head to Anchordeep and you will eventually encounter Kallamar as you continue your run.

How to Defeat Kallamar in Cult of the Lamb

As a Bishop, Kallamar doesn’t fight alone like the others. Several enemies from this biome can be summoned, including two minions. You can choose from three different kinds of explosive jellyfish, including small, large, and those who’ll be charging toward you. You can actually benefit from jellyfish since their explosions hurt your enemies after being hit. Keep an eye out for any chain reactions.

Kallamar only has one melee attack. When he gets close to you, he’ll swipe his weapon. You’re wasting time trying to attack back at this point, so just stay on the move and dodge the attack until he quiets down. While getting away, you can also roll directly through him if Blazing Trail is active.

There are several types of fireballs Kallamar uses. A tight ring of fire surrounds you from the start of the battle. Get out of it right away by rolling through it. Additionally, he is capable of unleashing fireballs in bullet hell patterns. You are directly targeted by the first cone-shaped projectile.

Give yourself room to sidestep the fireballs as you fan out the fireballs from side to side and top to bottom. Bosses can also shoot fireballs across the stage in a circular pattern. Rather than rolling through fireballs repeatedly, back off and let them spread.

A new fireball pattern will appear when Kallamar’s health is low. Three fire rings will be thrown your way, keep your distance from them if you don’t want to get burned.

A couple more bullet hell patterns are also added. The first ejects waves of fireballs. To stay healthy, stick to the safe lanes between the fireballs when you step back. You’ll want to roll right through the ring of fire he can emit without gaps.

Don’t be discouraged if it takes a couple of tries to beat Kallamar because he’s a serious step up. Defeat the minions, avoid fireballs, and you’ll win.

After defeating Kallamar, you’ll get Heart of a Heretic as a reward like all the other bishops. Utilize this to acquire Crown Upgrades.