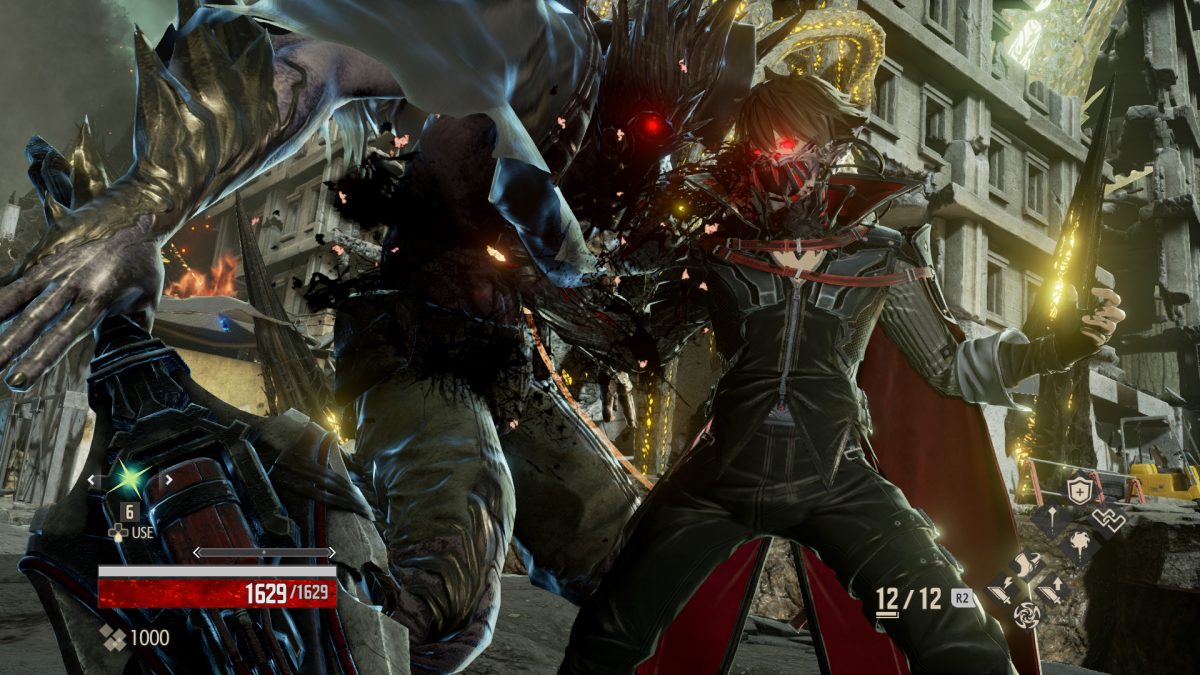 Code Vein has a wide array of combat tactics and mechanics that players have to go through and should have a good grip on to maximize their game input and master it to their own will. This guide will focus on all the basic aspects of the combat in Code Vein as well as provide tips on how to approach different situations.

You have a pretty standard stamina bar that is used up when you attack, dodge, block and there are different moves and skillsets to use from that suits your playstyle.

There is a staggering mechanism in which a heavy weapon or a sudden blow can stagger you or you can stagger an enemy.

There is one additional thing, it is a type of buff that you can use named as Gifts. There is also a Focus Meter that represents your ability to win the fight.

It is pretty straightforward if you are familiar with other games. Health is the life of your character that you can see on the left side of the screen shown as a red bar. And stamina bar is right above the health bar in white color.

Now stamina is the thing that you will consume while performing attacks, parrying, dodging, executing active gifts, etc. When it is fully consumed you will not be able to perform any of the mentioned actions so keep an eye on that.

Regeneration is another mechanic in Code Vein that works like a buff for your health.

You can find this during exploration and can use it any time by pressing left/right button on D-pad and go through quick items list, then pressing down the button and selecting the item you want to use.

This will recover your HP at any time during the game and you can increase the stocked amount of regeneration by upgrading.

Upgrade Regeneration
Now in addition to increasing the amount of regeneration you keep at a time you can also increase the potency of your regeneration. There are two upgrades that you can find as you progress through the Code Vein:

Now, this is another meter that will appear sometime on the stamina bar, this mode will be activated when you dodge attacks or take damage, you will see the focus bar getting blue.

When this mode is activated you will be in a focused state where it will be difficult for your enemies to stagger you, your stamina will be refilled and you will also be able to execute launch attack that will throw the enemy into the air giving you the opportunity to make a string of attacks.

So basically it can:

One thing to keep in mind is that your enemies can get this focus state with the same process as yours and you will be able to see it on their health bars, they will get the same abilities as you.

These gifts in Code Vein help a lot in shaping the overall playstyle of a player and getting to use them properly is the key here.

Mastering Gifts
Along with getting these gifts, you can enhance the abilities and buffs given by these gifts by using them in battles.

When you equip these gifts and use them in battle you will be given a prompt that will tell you that you have mastered this gift.

Ichor is a special material in Code Vein, you can see it at the bottom right of the screen. It can be replenished in many ways, one of which is getting gifts that add different buffs to players’ characters. Ichor can be obtained by:

You also need to keep in mind that by resting at a mistle, all the previous bosses and enemies gets revived as well, and when you perform a backstab on an enemy it consumes ichor as well as increase the storage capacity of ichor.

There are a few items that can give a boost to your ichor for a specific amount of time like:

Ichor Coagulant: This is a medicine to cure leak and can store drained ichor inside the body.

Coco’s Ichor blend: It is a drug that is made from coco’s blood mixed with lost ichor. It will increase the maximum amount of ichor stored.

Ichor Concentrate: It is a vial of ichor that will provide a small amount of ichor.

Murasame’s Ichor blend: It is a drug made from Murasame’s blood mixed with ichor. It increases the maximum amount of ichor stored.

Mistle is like a checkpoint in the Code Vein. When you get through an explored area for the first time, activating Mistle there will do the mapping of that area and will also save all the previous progress for you and they will act as checkpoints.

They also provide the points for character management like inheriting gifts, fast travel, and item management. Resting at a Mistle will also regenerate all the health and reset Ichor capacity as well.

When it comes to combat in Code Vein, quick attacks are a very fast flurry of small attacks that will use less time but also deal less damage over a number of fast multiple attacks.

Dodge/Dash Attacks are quick, follow-up attacks when you dodge and dash. Special Attack is an attack assigned to every weapon and is unleashed when using that weapon. The following is a layout for the combat controls in Code Vein:

How to Parry
Parry in Code Vein is a special combat mechanic that can be used and activated with the type of equipped weapon.

You can use the Blood Veil to execute two types of attacks in Code Vein:

Backstab Attack
It is the attack that will allow you to get to the back of the enemy and hit from behind, it will be a massive hit and take a high toll on enemy health while replenishing Ichor and increasing the storage capacity of Ichor as well.

Drain Attack
It is a time-taking attack that requires a charge and when it lands on an enemy it also replenishes your Ichor.