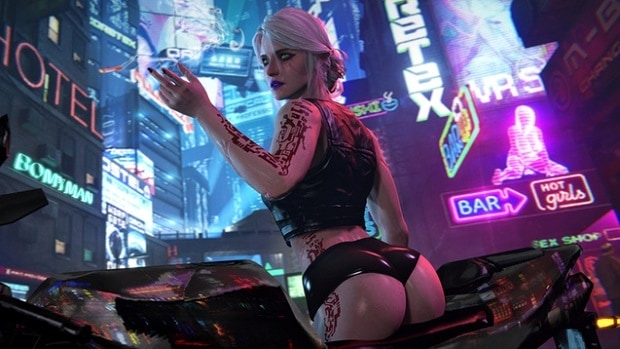 It has been 5 years since people have been waiting for Cyberpunk 2077 and I think people have done waiting and need to know a release date at this point. While CDPR has not confirmed anything, German gaming magazine, GameStar, wrote that Cyberpunk 2077 would release in 2019. While this could be a tentative date, a placeholder or an estimation there are other hints that point towards a 2019 Cyberpunk 2077 release date.

Firstly, a fan in Holland caught their local game shop with pre-order cases and asked the guy to look up the release date “April 20th, 2019”. Other than that, Their grant ends July 2019. If they don’t release in 2019, their grant gets pulled. This makes it more than likely that Cyberpunk 2077 will be coming out next year. Now we have the third hint from GameStar. All three point towards a 2019 Cyberpunk 2077 release date. 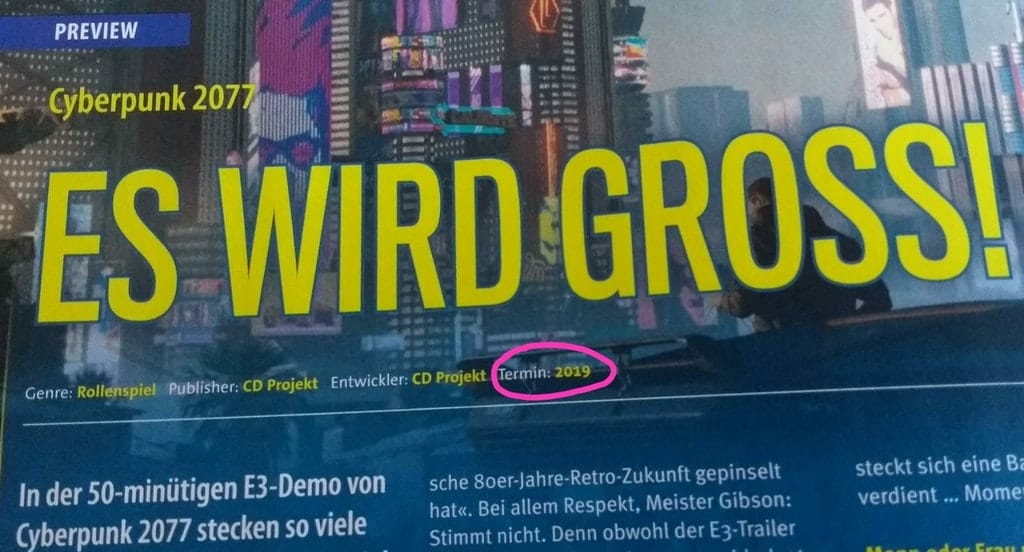 It is important to note that while CDPR can request an extension for the grand, I am sure it is a very long and tiring process. Unless the developer is looking to get an extension, 2019 seems to be a very reasonable release for the game. We got a pre-alpha look at the game at E3 2018, the press got a look at a short demo of the game behind closed doors.

CDPR could easily get an alpha build ready by September, a beta ready by December. Give some time for last minute bug fixes and optimization and the game should be out by April 2019. That does not seem too hard to pull off. Mike Pondsmith talked about why it is taking so long to develop the game and the following is what he had to say in this regard:

We have a terrible list of many things we want to put into the game, but it will all take a lot of time to do. And I hope the fans give us the time we need. The game we have now is extremely close to what I imagined alone in my room. I look at what was built and think: “My God, it’s perfect.” But this kind of perfection can only be achieved in time. If we are going to do things that have never been done before – or were not done as we are doing – we need space, time and privacy to reflect on [Cyberpunk 2077]. If we are cooking a lot at the same time, we will not make a good dinner.

While fans have been waiting for Cyberpunk 2077 for about 5 years now I think giving the developers another year is not too much to ask, as long as we get a solid game at the end. At this point, we know for sure that the game has a first-person perspective and that cybernetics is a fashion statement. For more news and information regarding Cyberpunk 2077 stay tuned to SegmentNext.

Let us know what you think about the Cyberpunk 2077 release date and whether or not you are interested in playing the game when it comes out.