What To Upgrade First In The Callisto Protocol 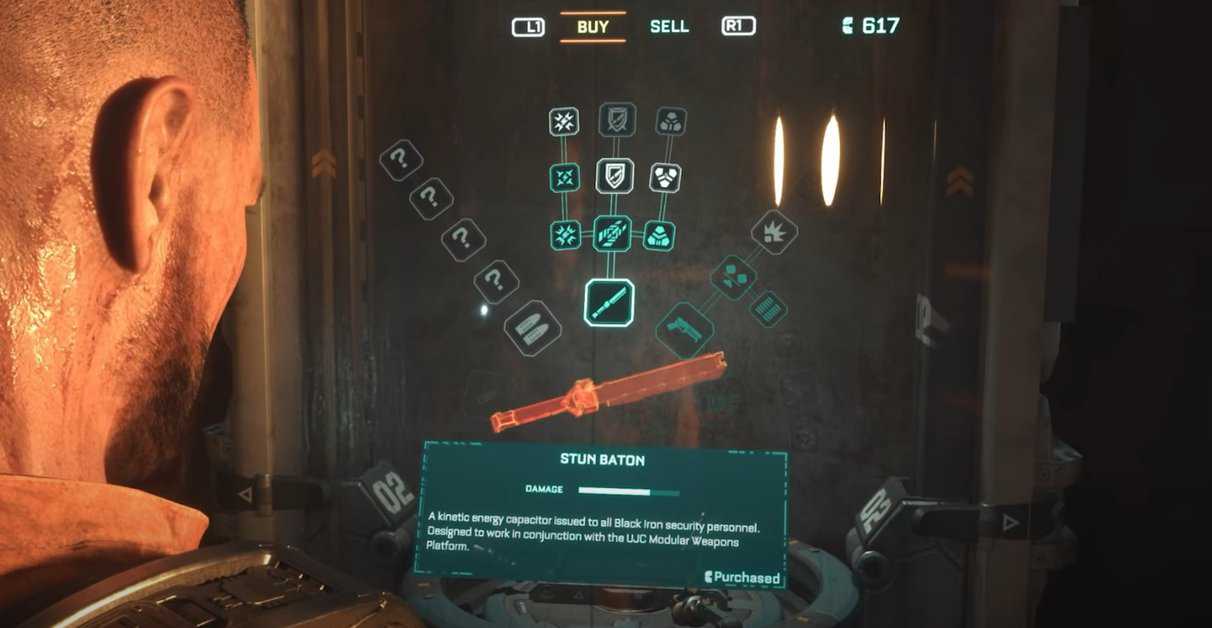 Multiple weapons and items can be upgraded, but the limitation is the in-game currency, Callisto Credits. They are not easy to earn and, you need to spend them wisely. You can farm only limited Callisto credits in the game so upgrading everything will lead you to have all the weapons upgraded to 20-30 percent.

Which gear items should you upgrade first in The Callisto Protocol

The preferred way for upgrading the weapons in the game is to stick with your favorite ones and continuously upgrade them up to 80- 90 percent instead of upgrading all of them equally. This will make some of your weapons very lethal.

If you are among those looking for the best priority upgrades in The Callisto Protocol, allow us to help you with that. This guide covers the significant upgrades for two of the weapons that are found at the beginning of the game

Three significant improvements of Stun Baton are available in the Callisto Protocol game.

Riot Control Swing: This adds an attack that can be used occasionally, as it is preferred while fighting with multiple enemies simultaneously.

Increased Velocity Alloy Sheath: This makes the Baton lightweight, and the Melee combo attack can last longer as it increases the damage done by the weapon.

Block Break: This upgrade reduces the damage done by the Baton of enemies, and it takes a lot of time to kill a single one of them.

You can equip GRP after a few hours in the game. GRP is a glove having the ability to lift and pull enemies. It has significantly less energy and takes a lot of time to recharge after use.

Energy upgrade: This will increase the maximum energy-storing capacity of the glove.

Recharge Speed Upgrade: This upgrade allows the glove to charge quickly. It will work more rapidly if you upgrade it to max-level.

It is a worthy weapon to upgrade, as you can get it early in the game. This pistol is not very powerful, but it is pretty fast.

Boom Bullets upgrade: The greatest strength is an alternative fire module that causes explosive damage to the opponent’s enemies.

Stability Upgrade: This lessens the weapon’s recoil and it can fire more accurate shots.

You will get this weapon late in the game, and it gets unlocked automatically while you enjoy the game.

Magnum Rounds: With this upgrade, the damage of the riot shotgun becomes boosted and more explosive for the opponent.

Stability Upgrade: If you have a problem with recoil while carrying a shotgun, this upgrade can reduce the recoil and fire more accurate shots.

High-Capacity Magazine: With this upgrade, your bullets chamber capacity will become larger, which will help you to shoot more bullets at your opponent.

You will find this Shotgun in chapter 3. You can unlock it by spending 800 Callisto Credits and bringing the Schematics to the Reforge.

Magnum Rounds Damage: This Shotgun is very explosive for the opponents. This upgrade is a bonus for you as it becomes more lethal.

Stability Upgrade: This upgrade will help you to control your recoil, as shooting with shotguns results in a lot of spread and recoil.

It is a tactical Pistol, and you will find its schematics in Chapter #6.

TK33 “Burst Mode”: It is an alternative fire mode with which you can fire off five high-damage bullets simultaneously. With this Burst Mode, you can also knock down the most potent enemy in the game.

Magnum Rounds Damage: This upgrade will boost the weapon’s firing rate and make it faster than any other weapon in the game. Its damage rate is also excellent.

It is the only fully automatic gun in the game. At the start of chapter 7, you will find its schematics. But this rifle ammo is costly, which is why it is an unrewarding gun.

Magnum Rounds Damage: This rifle is a three-round burst weapon, so with this upgrade, the damage of this rifle becomes triple times more before the upgrade.