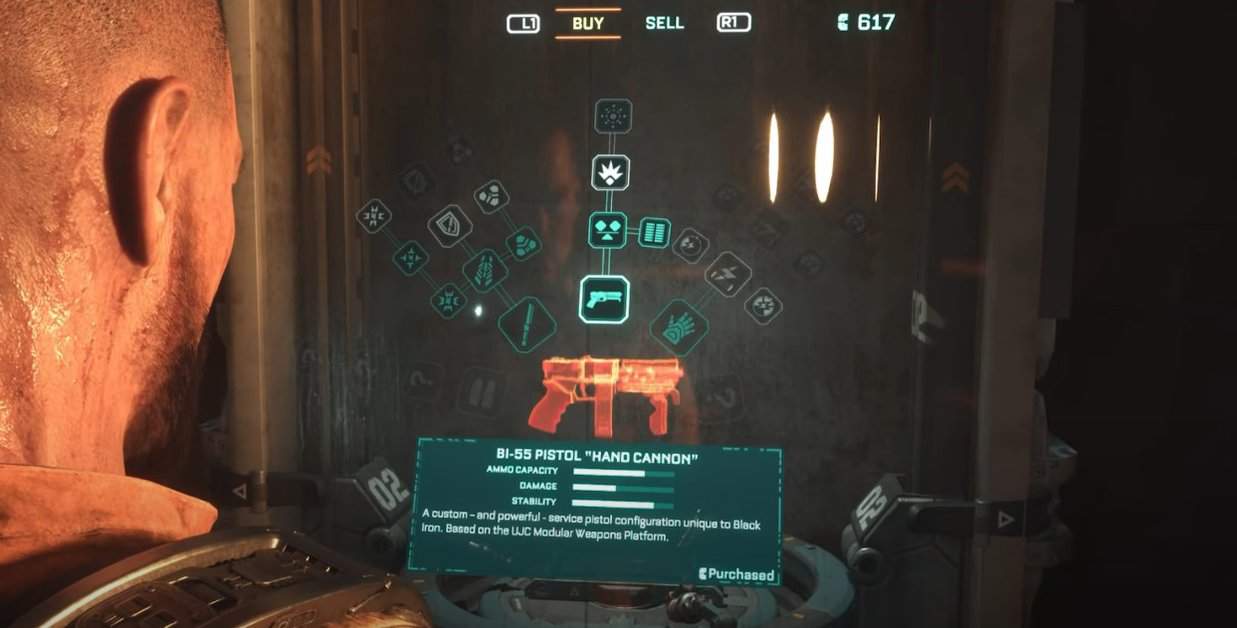 You will find a total of seven different weapons in Callisto Protocol. As the Callisto Credit is limited in the game, you should avoid upgrading all available weapons.

Instead, we suggest you upgrade those 2 or 3 weapons, which are your favorite ones. Now you can upgrade these weapons to 70-80 percent, which will be more destructive and beneficial.

If you need clarification about your priority upgrades in Callisto Protocol, then in this guide, we will help you decide which weapons you should upgrade first.

The players thus can choose between minimum, medium, and maximum security. However, if you are a regular survival horror player and want more fun then you should try maximum difficult security. In this setting, Jacob is a thin paper that can be taken out easily therefore players need to upgrade all their weapons to best.

But you also have to keep in mind that resources on Maximum Security difficulty in The Callisto Protocol are very limited so you can’t just go around wasting them on upgrades that you will barely use.

For that reason, we have given the ideal upgrade choices to go for on Maximum Security while ensuring the game doesn’t get too frustrating.

In Calisto Protocol, Stun Baton is one of the best weapons as it deals great damage and also doesn’t require any ammo. Other than that, players will come across some bosses in the game who are not affected by bullets so in that case Stun Baton has to be used in order to defeat that boss.

“Blocking Feedback Damage” is a tier 3 upgrade for Stun Baton. This upgrade reduces the damage done by the Baton to opponent enemies, and it takes a lot of time to kill a single enemy. It will cost you 2700 Callisto credits.

Players in Callisto Protocol will get hand cannon from the very beginning of the game. Players have plenty of time to invest credits in this weapon. Although it doesn’t have the same level of power as a stun baton, its quick rate of fire can make for an easier experience.

“TK23 Boom Bullets” is a tier three upgrade for BI-55 Pistol. The greatest strength of this upgrade is the alternative fire module that causes explosive damage to enemies. It will cost you 1800 Callisto Credits.

When playing with Maximum Difficult Security, GRP is the best weapon to use. There are several reasons that make GRP highly precious, one of which is that it doesn’t require ammo. The second is that we can send enemies off of platforms and into rotating fans with GRP, which will eliminate them rapidly.

“Maximum Energy” is a tier 3 upgrade for the GRP glove that will increase the maximum energy-storing capacity of the glove. Max Energy upgrade will cost you 2700 Callisto credits.

Skunk Gun is a shotgun that can only be acquired in the game after reaching the Aftermath chapter. However, if you are playing with a maximum security difficulty in the game, here is the best upgrade for Skunk Gun you need to do:

“High Capacity Magazine” upgrade will greatly reduce the recoil of the Skunk Gun. This will require 1200 credits.

Riot Gun is also a shotgun that is great to take out enemies quickly in the game. When playing in maximum security there will be several enemies attacking you at a time so it’s highly advised to keep this weapon upgraded. Players can upgrade this so that it can fire more shots per reload.

“High-Capacity Magazine” is a tier 2 upgrade for TK4 Riot Shotgun. It increases the chamber capacity of your weapon, which helps you to shoot more bullets at your enemies. It will cost you 900 Callisto Credits.

A tactical Pistol obtained after competing for a half-game can be very useful for players to achieve later game achievements. However, this pistol needs to be upgraded for damage and recoil. Here is the best upgrade for this weapon:

“TK33 Burst Mode” is a tier 3 upgrade for Tactical Pistol. It is an alternative fire module with which you can simultaneously fire off five high-damage bullets.

With this Burst Mode, you can also knock down the most potent enemy in the game, and it will cost you 3600 Callisto Credits.

The Assualt Rifle is the late-game weapon. It is a long-range weapon with a large magazine capacity. The stability of the Assault Rifle is another benefit. Thus this can be a good weapon overall, especially when playing with Maximum security difficulty.

“Magnum Rounds Damage” upgrade will increase your damage at the cost of 1500 credits.