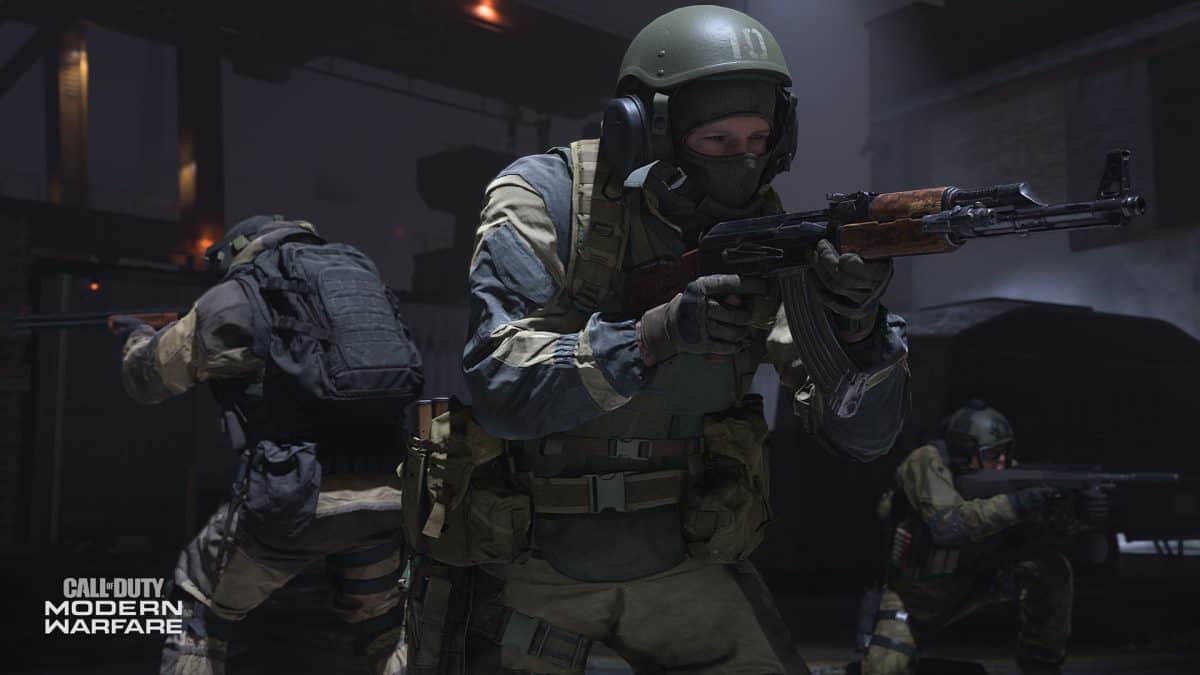 Marksman Rifles are a hybrid class between snipers and assault rifles, allowing players to have the increased range advantage coupled with low recoil and easier handling of assault rifles. With our Best Marksman Rifle guide for Call of Duty Modern Warfare, we will explain how these weapons are easy to use yet deal some serious punishment to enemies.

Call of Duty Modern Warfare continues the trend originally started by Ghosts and brings back the Marksman Rifles in the game, with some changes. If you struggle at getting headshots with sniper rifles or are just not used to their slow ADS time but still want something long-range, a marksman rifle should be your go-to weapon.

Despite the fact that Sniper Rifles still maintain an important role, the fact of the matter is that, due to the reduced engagement ranges in most of the available maps, they are not as important as you would hope for them to be. Hence why Marksman Rifles are so much more preferable

Below we have listed all the Marksman Rifles and their base stats which you can adjust further with attachments.

EBR-14
A semi-automatic long-range rifle. Due to the weapon having the lowest damage output, its relatively low accuracy and fire rate make it a weapon that won’t reliably kill enemies. With no actual guarantee of hitting the enemy, the EBR-14 is inconsistent, which makes its high accuracy and control lack any valid significance.

MK2 Carbine
Dealing a great deal of damage and boasting high stats in several categories, arguably the most dangerous of the Marksman Rifles.

KAR98K
A bolt-action rifle that boasts balanced stats across the board, and is a dangerous weapon in the hands of a capable user. This is arguably the most balanced out of the 3 Marksman Rifles. It boasts high accuracy, damage, control, and range although it has the lowest fire rate.

You don’t actually have an extensive selection of Marksman Rifles to choose from, but the decision must still be made and it must be made after considerable deliberation.

You’re now privy to the stats of each and every Marksman Rifle; you’ll notice that they’re close to one another, but the truth lies dormant within those minute disparities. The damage dealt by each weapon is of a considerable amount, possible to kill an enemy with a single shot even.

They have high range and accuracy, balanced with low fire rate; with all that in mind, which of these is to be considered as the best Marksman Rifle in the game? The answer, you’ll find, is provided down below.

Best Marksman Rifle
While a lot of people prefer the Kar98K because of it being the closest to a sniper rifle and the old-school feeling, we would actually categorize the MK2 Carbine as the best marksman rifle to use in the new Call of Duty.

While it may have the lowest accuracy, range, and control among the three, it still offers the highest damage, rate of fire and mobility so even if you miss shots, you aren’t in any big trouble as you can quickly recover and kill your targets.

High mobility also makes MK2 Carbine easy to carry around and be on the move at all times, meaning it’s the only weapon of the 3 that can be relied upon in close-combat situations.

This is not a weapon that you’ll be able to get a handle on right off the bat; it will require skill and dedication, but those who invest the time into learning how to wield it will be rewarded with a weapon capable of killing enemies with 1 (at most 2) hits.

Depending on the size of the map, the MK2 Carbine is arguably the best weapon to have for Team Death Matches!

Now, it is recommended that you tweak this weapon just a bit. Something to make it a bit more powerful.

We advise you to attach a more powerful scope, increasing the range of the weapon so as to make it a perfectly feasible option for long-range combat. You never know what kind of situation you may end up in, and a more powerful scope will definitely not worsen the circumstances you’re in

A quick reminder that none of these weapons can be regarded as being poor weapons; they all have their merits and their position in the following list is relative – based on their individual stats and how they are likely to fare in various combat situations.

As mentioned beforehand, some players may prefer the KAR98K over the MK2 Carbine, but for our money, the latter is the superior weapon and our choice for the best Marksman Rifle in Call of Duty.