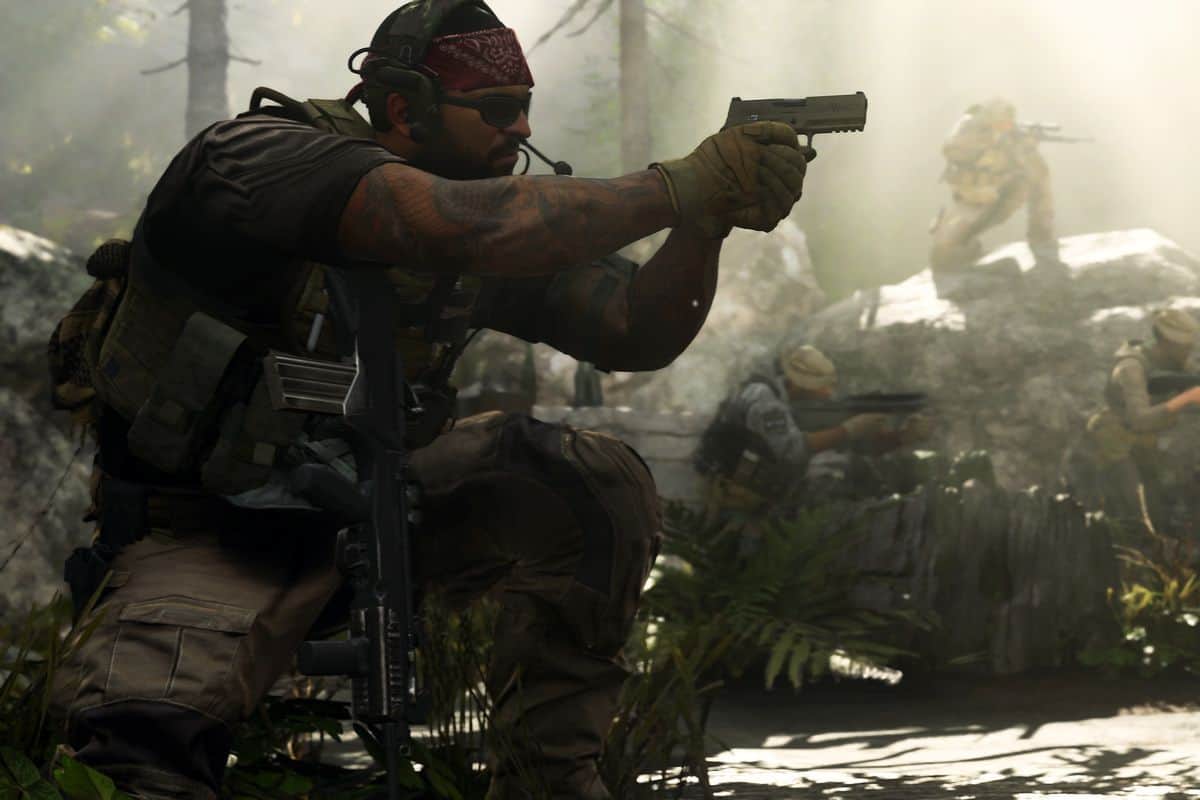 The soft reboot for Modern Warfare features classes – what are these, you may ask? These are, essentially, builds or loadouts that a player can craft and later access when the situation calls for it. These classes can be modified to feature different weapons, perks, equipment, killstreak rewards, and the latest installment, field upgrades. Our guide will focus on making sure you have the best class setup for all types of situations in Call of Duty Modern Warfare.

Fans of Black Ops 4 are already aware of how this entire system works, but they might be surprised to see that Modern Warfare does not feature any Specialist abilities and that the amount of Perks is now limited.

Put down your pitchforks, everyone, there is a silver lining; in lieu of all that, the game now features other objects and abilities that give class setup the nuance players seek.

Essentially, a class is composed of the following:

Weapons: The most important part of any setup are the weapons you choose to equip and carry with you at all times. This is your defense and offense, so you must consider your options very carefully.

There are several categories for primary weapons, ranging from assault rifles to sniper rifles; for secondary weapons, however, you only have access to two categories – handguns and launchers.

Killstreaks: These are essentially rewards given to players for having a number of kills without dying themselves. This can range from a personal UAV to a Juggernaut suit.

Perks: These are passive abilities that help augment your overall performance and give you the boost needed to keep fighting and come out victorious. You have access to 3 Perk trees (similar to skill trees) and you can pick a perk from each tree (can’t have 3 perks from the same tree).

Field Upgrades: The newest addition to the formula is a curious one. These are pieces of equipment with unique capabilities that a player can use whenever they want, however, they have a cooldown period after use; this cooldown period differs for each equipment. You have access to a total of 5 Field Upgrades, and from them you must select 1.

Equipment: This is all ancillary equipment, such as grenades or other tactical gear that you’ll need in the heat of combat. There are two categories of equipment: Tactical and Lethal. You get to pick a piece of equipment from both.

One thing many players familiar with Call of Duty games of yesteryear will find interesting and even gratifying will be how the game handles attachments. Hitherto attachments have been fairly limited in use; either a weapon is limited in how many attachments it can handle, or limited in just the options available for attachments.

However, Modern Warfare, where players can equip attachments through the ‘Gunsmith’ loadout screen, offers many more options and is quite judicious when it comes to how many attachments you can have for a weapon (and some attachments combinations can drastically change how a weapon functions).

Each weapon has its own unique stats (Accuracy, Damage, Range, Mobility, Fire Rate, and Control) and these can be altered via the attachments. Therefore, when equipping the attachments, make sure you compare and contrast the change brought about by various different attachments, and see what adheres to your stat change expectations.

An interesting feature is that every weapon can have a unique perk of its own (referred to as a weapon perk). These perks can be equipped but at the cost of a single attachment slot; this shouldn’t be too much of a problem seeing as you can have up to 5 attachment slots. These weapon perks are different from the perks talked about above, meaning that you’ll have an entirely different ability that can give you additional power.

You can create multiple setups and have them on standby for whenever you need them to be used.

Now that you understand just how the class setup works, it’s time you get to see what actual class setups look like.

Before getting to it, remember that you can’t select Killstreaks or Field Upgrades exclusive to a certain setup; you have to choose them beforehand and stick with them. If you were to ask me, I would suggest the following:

With that out of the way, take a look at some custom setups we think you all would appreciate.

The Ghost Loadout is by far the best default loadout for a novice, this is due to a plethora of reasons. The first being that it provides you with enough firepower to do serious damage; some of the other loadouts – demolition and heavy support specifically – have way more firepower, but what gives this one is the edge is its stealth capabilities. This loadout’s added ability to make you nigh undetectable is invaluable.

Secondly, the Ghost Perk allows you to hide enemy death markers, which is often a dead giveaway of your location. If those aren’t visible, enemies are not only aware of the number of dead squad members, but they are also unable to locate you in almost any circumstance.

Thirdly, your primary weapon, the AUG SMG, which comes with a suppressor, is the perfect weapon for this loadout. The suppressor allows you to further conceal your activity and allows for better handling. Furthermore, the high fire rate makes it a match for almost any other weapon in the game, given a slight edge with its better handling.

To reiterate, this loadout’s stealth capabilities are what make it the absolute best default loadout; the fact your enemies cannot detect with almost any electronic device is a tactical advantage that can lead you to victory! Like a shadow in the night, you cannot be seen or heard, but you will strike with ferocious viciousness.

Lethal Equipment: Any will do.

This loadout was crafted for two explicit purposes: to take out any aircraft in the vicinity, and to give you stealth capabilities, which not only aid in your anti-aircraft maneuvering but also to assist you in stealthily killing enemies on the ground.

Primary Weapon: This build is based more around the secondary weapon, so for your primary you can pick whatever you’re comfortable with – preferably something that functions well in close to mid-range

Vehicles will often retreat from an area when under attack, this loadout is designed to not only allow you to detect vehicles but to chase them down efficiently. The RPG-7 will destroy the vehicle and rack up kills for your killstreak. Furthermore, you can maximize damage by using the RPG-7 in conjunction with the Thermite, doing excessive damage that will destroy vehicle as expeditiously as possible.

Primary Weapon: Any Assault Rifle (or any weapon with adequate mid-range capabilities) will do. As long as you attach a Silencer on it

This loadout takes everything in the default Stealth loadout and cranks it up to 11! You’ll be nigh impossible to detect, and even more difficult to kill thanks to the Quick Fix Perk. The Throwing Knives will be a nifty piece of equipment, ensuring that you are almost always silent.

Flash and stun grenades are actually quite powerful, so this loadout will not only allow you to battle their disorienting effects but give you the tools needed to deliver karmic justice onto your enemies. Furthermore, this loadout will precipitate your tactics and offer you the mobility you need to lead any kind of assault you need; the MP5 will only supplement it.

We’ll wrap this guide up by giving you the crème de la crème: the best-customized loadout for a beginner, in our opinion at least.

The Overkill Perk lets you equip two Primary Weapons, and the M4A1 and M91 are both devastatingly powerful weapons that will mow down all opponents; you can choose to equip the MP7 as well, its power in close-range combat makes it a very powerful alternative to one of the other Assault Rifles.

Furthermore, this loadout is easy to build as many of the weapons, perks, and equipment can be unlocked very early on. While other players will be struggling to get their desired perks, which are locked away behind a much higher rank, you’ll take everyone by storm with your much more economical and powerful loadout.

Finally, you can cover your remaining bases with the aid of the Claymore (which will cover your rear) and the High Alert Perk which will inform you of approaching enemies. It’s unlikely you’ll ever be caught off-guard, and with the firepower at your disposal, no one in their right mind would want to cross your path if they can help it