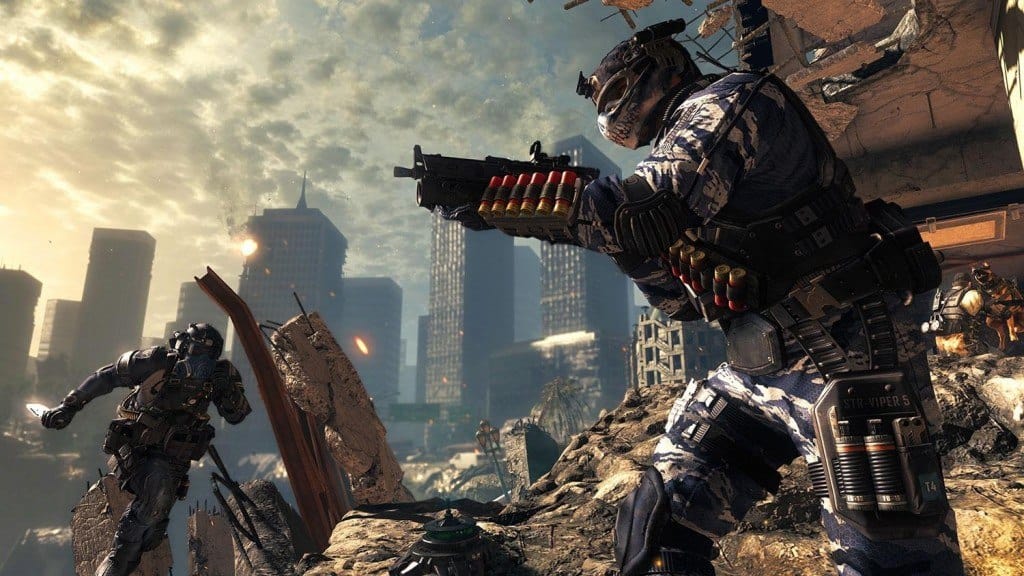 Call of Duty: Ghosts is at last out with millions of players around the globe jumping in. Although every player has his/her own distinctive play style, we have tried to suggest best Loadouts for each game mode in the game.

These Loadouts are sure to help you out whether you intend on playing as a defensive player or as a slayer.

You don’t have to agree with most of these, but we would like you to experiment with them in a few matches and see how these work out for you.

You also need to know that players die really very quickly in this game than the previous installment so you need to watch your movement, always keep an eye on the mini-map, and try to rush less than you used to in Black Ops II.

Also note that, unlike Black Ops II, SMGs are not that much over-powered in Call of Duty: Ghosts so we will try to stick to Assault Rifles most of the time.

In addition to this, secondary weapons don’t do that much of damage in this game like they used to in Black Ops II so might skip a secondary at some points to make room for extra perks.

Team Deathmatch has been in Call of Duty since so many past years. The maximum score limit in Public Matches is 75 Kills within 10 minutes.

In TDM, you come across all sorts of players with their own play styles. You may come across a player camping inside a room and another player pushing the spawns and taking out enemies in the same match.

Domination is another game mode which can be seen in previous Call of Duty games as well. A Domination match is divided into two halves where you must score 200 points within 10 minutes to win the game.

Players are required to capture three flags scattered throughout the map.

Since the game mode features long line of sights, it is recommended that use an Assault Rifle or Marksman Rifle. You will also need both Tactical and Lethal Equipment for this game mode. As for the perks, Stalker is a must have for Assault Rifles.

In addition to this, since this is lengthy game mode, we will advise you to take Scavenger as well.

Kill Confirmed is almost identical to regular Team Deathmatch. The only difference is that after an enemy dies, he drops a Dogtag which you or your teammates must get in order to score points.

The first team to score 100 points within 10 minutes wins the game.

Since it is a variant of TDM where you need to be stealthy some times, we will ask you to grab a silenced weapon along with a lot of perks since you don’t need any Lethal/Tactical Equipment.

Being a Defensive Player
You don’t really need to play defensive in this game mode as you need to go out and pick tags before your enemies do. Still, if you want to play more smartly then try going for Wiretrap instead of Quickdraw and try aiming for small Killstreaks.

In this game mode, after taking out an enemy, you need to get the dog tag dropped by him in order to eliminate him/her. However, your enemy’s teammates get their hands on their fallen teammate’s dog tag; they will revive him/her.

Most people try to opt for defensive play style in this game mode; however, you need to have at least a guy running with an Assault Rifle who can pick up tags for you. Furthermore, try having someone running with nades and stuns to help you out while planting the bomb.

Cranked is another all-new game mode in Call of Duty: Ghosts which works almost like a TDM except that when you kill an enemy, you get a thirty-second timer and within these thirty seconds, you have to kill another enemy, or you will self-explode.

However, when you get cranked, you get certain advantages over normal enemies like increased movement speed and faster reloading.

As there is a timer after each consecutive kill, you cannot really play this game mode in a defensive style. And the whole purpose of this game mode is to avoid campers and keep up the fast-paced gameplay style.

Each man for himself is what defines Free for All. This classic game mode puts seven players on an even battleground for 10 minutes where they must get 30 kills before any other player to win the game.

‘Free for All’ can be played in both defensive and aggressive styles.

However, defensive certainly doesn’t mean camping in a room but instead, checking enemy spawns and try to trap them in addition to moving in the same area and let the enemies come to you.

Blitz is another new mode featured in Call of Duty: Ghosts that takes a blend of stealth and rushing in an amazing manner. In this game mode, a goal lies at each of the two bases. Your objective is to rush to the enemy goal which gets your team a point.

After you reach the enemy goal, you are instantly teleported to some other side of the map. The game mode is based on two rounds. You must score 16 points in both rounds to win the game.

No matter what it sounds like, Blitz is a mode in which you need to rush to the enemy goal in order to win. However, protecting your own goal is also an important task which you should assign to someone in your team.

Perks are most important in this game mode as you will need to a lot of speed to reach the enemy goal without them taking you out.

However, if you intend on saving your goal from enemy’s reach then you should consider the following:

Another novel game mode that is featured in Call of Duty: Ghosts is called Grind. Grind can be regarded as a blend of TDM, Kill Confirmed, and Domination.

In this game mode, after you kill an enemy, they will drop a dog tag for you to pick up. Once you have picked up the dog tag; you will need to reach to the near-by flag and start depositing the collected dog tags to earn points.

You can also collect more than one dog tags and then deposit them at once.

This Loadout was originally created by the famous Call of Duty player, OpTic NaDe and after trying it out; I must say that this Loadout is absolutely beastly. The gun is so powerful that you can easily kill an enemy with a single burst.

Share your own Loadouts with us in the comments below!