Call of Duty: Modern Warfare 2 Backwards Compatibility; Spotted Once Again on Xbox One 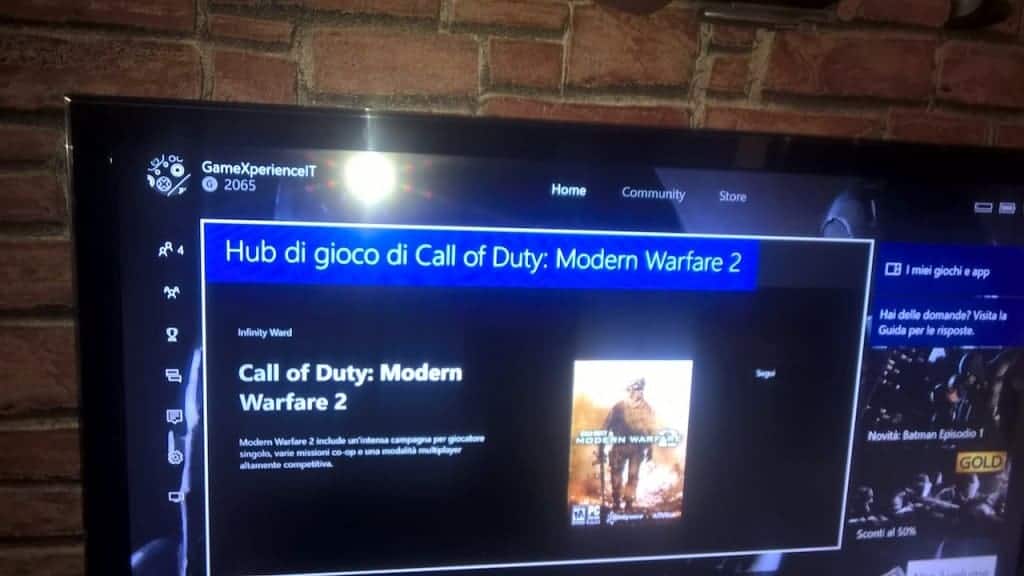 Call of Duty: Modern Warfare 2 has once again been spotted on the Xbox One, but it’s still not a part of the backwards compatibility service that allows other, older Xbox games from the 360 to be played on the Xbox One, which has hundreds of games available for it now.

The game came back onto the Xbox One’s home screen via the Upload app, where players can upload short clips of gameplay to share on the internet for others to see. Where someone might be playing it we have no idea, not to mention who would be allowed to post clips of it onto Upload.

While it’s possible that the game is being worked on to be put on backwards compatibility, and the clip came from testing, this doesn’t mean that it’ll release any time soon. Modern Warfare 2 has been potted on the Xbox One before, but it hasn’t happened then and it likely won’t be happening any time soon.

If anything, the game won’t be released for a while, or at least until sometime after the remastered version of Modern Warfare is supposed to be released along with Call of Duty: Infinite Warfare.

If they do release Call of Duty: Modern Warfare 2 after Infinite Warfare and Modern Warfare remastered come out, it will be a similar situation to the Gears of War: Ultimate Edition that came out last year, where a remastered version of the first game comes out along with the backwards-compatible versions of the next few.