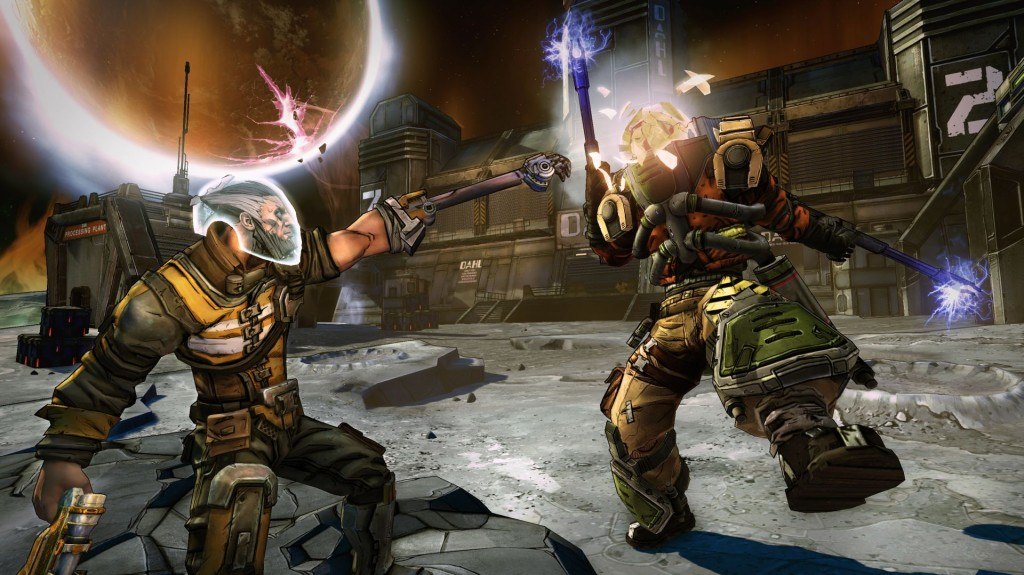 In any RPG, farming for loot, XP, and money is the core element and Borderlands: The Pre-Sequel is no exception. There are a ton of ways using which one can farm money, additional XP, loot and Moonstones.

In this guide, I’m going to share the best possible methods to farm all things stated above!

Let’s Build a Robot Army
You need to start this quest and proceed as normal until you reach the point where you need to let the Turrets kill Scavs.

The idea is to steal kills from the Turrets and kill all Scavs. A notification advising you to let the Turrets kill Scavs will pop-up, but you need to keep on killing them yourself.

You’ll see that infinite Scavs and other enemies will keep on spawning and killing them will not fail the mission. The only thing holding you back will be your limited ammo supply.

Note: The Turrets only need 12 kills to complete the mission and they will occasionally get a couple of kills.

You need to keep on killing the mobs yourself and hit the Pause Menu as soon as you see that the Turrets have killed around 10 Scavs. Once in the Pause Menu, select ‘Save and Quit’. Once on the Title Menu, start the game by ‘Continue’ and start killing the Scavs again.

You’ll note that you’ll retain all the XP, Moonstones, money, and loot that you acquired the first time, but Turrets’ kills and your ammo will get reset.

Using this method, you’ll earn loads of Moonstones, extra XP, money, and gear. You just need to ensure one thing and that is to have good amount of ammo.

Raid Bosses Grinding
After you get to Level-48 after beating The Vault Hunter Mode, the last two levels can be ground by farming the Raid Boss in the very first zone. To kick off things, you need to farm all the small dinosaur creatures located outside.

By using this method, you can even accumulate around eight-thousand additional XP. In addition to this, you’ll gain massive amounts of Moonstones, money, and XP by killing the boss itself.

Other methods to farm include Farming Bosses and Guardian Hunter optional quest. Click on the links to get more information on these methods!

Don’t forget to share your own best farming methods with us in the comments below!