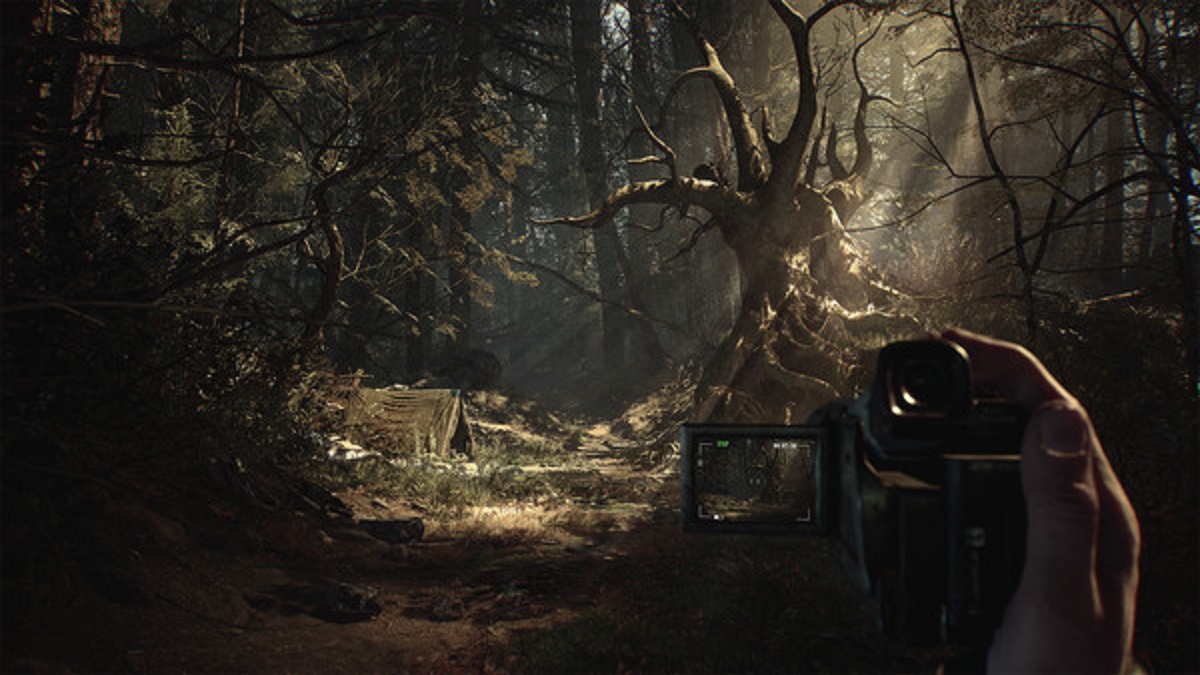 In a recent interview with Game Watcher, Bloober Team Developer, Maciej Glomb, talked a bit about the upcoming Blair Witch game. One of the things Glomb revealed about Blair Witch was how long the game’s story campaign will be. We also learned that Bloober Team is trying to take a different approach to level design and gameplay with Blair Witch’s open areas.

According to Maciej Glomb, it will take “between five to six hours” for players to finish Blair Witch’s story campaign.

Of course, Bloober Team has a number of horror titles under its belt with games such as Layers of Fear, Observer, and Layers of Fear 2. In a separate interview with Windows Central, Maciej Glomb talked about Bloober Team is trying to incorporate larger open areas in Blair Witch’s level design, which is a massive deviation from the confined and claustrophobic level design of the past games.

We have got all these small rooms and corridors, you can hide the changing environment pretty well. This time, when you want to achieve this feeling of looping across levels, you can’t really make it where players will see the transition. So it’s really hard because there’s an open space around you. Every tree, every little bush, or ways [through] the forest need to change in a way that you won’t see it. It was hard, because in corridors, in small rooms, you can really drag people’s attention into a certain place.

Earlier this year, we learned how Bloober Team is trying to borrow a lot of themes from its source material and other properties but at the same time, trying to creatively achieve something new with Blair Witch’s story.

According to Bloober Team writer and developer, Basia Kciuk, Blair Witch takes a lot of inspiration from other games like Firewatch.

“Every game that features walking in a forest is a great inspiration,” said Kciuk.

“There are not so many high profile games about forests. Although Slender Man was great for a moment, it’s hard to draw inspiration.”

From what the Bloober Team developers have revealed so far, Blair Witch’s story, gameplay, and level design sounds exciting and it may go down as one of the best horror titles of recent time (if done correctly).

Blair Witch is being developed and published by Poland-based Bloober Team for PC and Xbox One set to release on August 30, 2019.