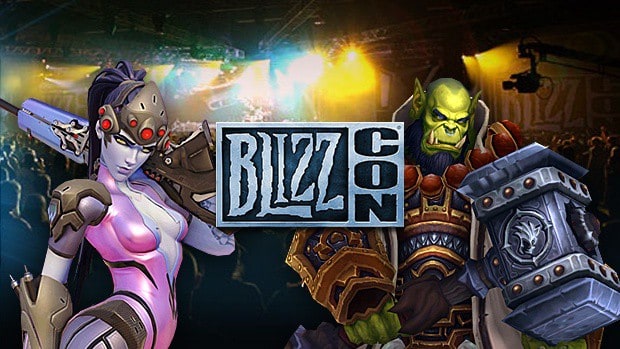 BlizzCon 2017 will be returning to the prestigious Anaheim Convention Center in California in November, Blizzard announced earlier today.

The company’s annual two-day gaming convention is scheduled to take place between November 3-4, with a ton of new announcements and information spread out across all of its games.

Those interested in attending will be set back $200 per ticket.

Blizzard is also hosting another BlizzCon Benefit Dinner on November 2, a day before the doors of the Convention Center open for the public, to support the Children’s Hospital of Orange County. Tickets for this event are priced at $750 each and go on sale on April 12 at 7 p.m. PT / 10 p.m. ET.

Furthermore, BlizzCon Virtual Ticket is returning as well but information on pricing and availability is yet to be revealed.

“Attendees will have a chance to talk games, swap stories, and share a drink or two with Blizzard developers and community representatives, and Blizzard will donate the net proceeds to the hospital,” reads the announcement.

There is great excitement in speculating what to expect from BlizzCon 2017. Last year, Blizzard confirmed its new competitive Overwatch League and Sombra for Overwatch. While the league will probably be inaugurated well-before the event, we might possibly see another hero get announced.

Diablo III is inbound to receive the new Necromancer class. The developer will hopefully reveal new content for the game at BlizzCon 2017; though, fans would be wishing to get a confirmation on Diablo IV.

Like always, World of Warcraft will be the star attraction. Expect a major patch update get unveiled, with new dungeons, raids, and features. Hearthstone could possibly receive another expansion, and the event would also be the perfect opportunity to announce new roster additions for Heroes of the Storm.

Yesterday, a rumor arrived that Blizzard is planning to release StarCraft Remastered in the coming months. Could we possibly hope to see the developer announce a remastered version of the original Warcraft later this year?

“BlizzCon will be here again before we know it, and we’re looking forward to catching up with the community, taking in the awesome esports action, and showing everyone what we’ve been working on,” said Blizzard CEO Mike Morhaime in a statement. “We’re already hard at work making this year’s show an unforgettable experience–we can’t wait to see everyone there.”