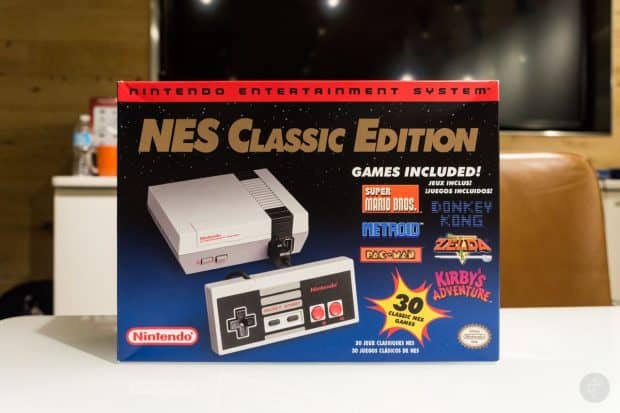 When it comes to gaming consoles, you might only think about PS4, Xbox One, and Nintendo Switch, but there’s an underdog which you are missing, that is NES Classic. Surprisingly, the best selling console for the month of June was NES Classic, not PS4 or newly popular Nintendo Switch.

This was officially revealed by a retail analyst NPD group, who has reported that NES Classic was the highest selling unit hardware platform for the month of July in 2018. Though PlayStation 4 took the lead in market dollar sales for the period running from June 3 to July 7.

NPD started tracking sales of games back in 1995 and this is the first time, NES Classic has came on top overcoming big giants like Sony and Microsoft.

NES Classic is a must buy for any classic game fan and it only costs $60 while bringing 30 original games from Nintendo’s original console.

This retro gaming console by Nintendo comes with pre-installed games and if those are not enough to keep you entertained, users have also found out a way to install other retro titles on the console. You can play games like Contra 3, Donkey Kong Country, Earthbound, Final Fantasy 3, F-Zero, and more with the hacking tool.

The production of NES was increased to meet the increasing demand and the success it achieved clearly took Nintendo by Surpsise. To avoid any production failures, NES Classic will be available throughout 2018.

NES Classic is definitely a classic console to have in your collection but with the limited amount of games, we don’t think so it’ll come on top again in the upcoming months with games like Spiderman on PS4.

Will you buy NES Classic? Let us know in the comments below.