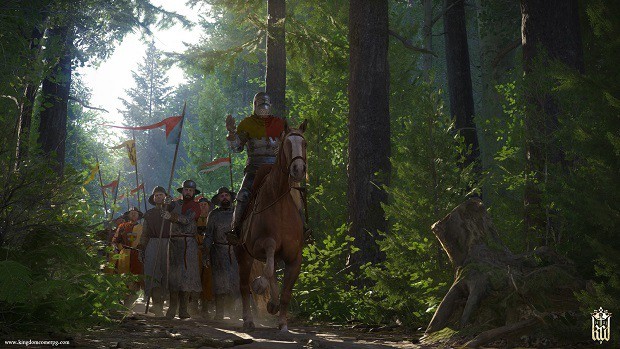 We have here a list of some of our favorite Mods that not only make the game much easier and fun for you. These Mods range from making activities easier to helping to manage different skills and inventory much better than before. Therefore, without further ado, here is a list of our favorite Kingdom Come: Deliverance Mods.

Kingdom Come: Deliverance has been out for some time now and modders all around the world have been busy with creating unique Mods for it. These Mods enhance the gameplay or make the gameplay better in a certain aspect. Some of these Mods are just for fun as well as they allow you to perform different fun things in the game.

Before we begin, be sure to check out our KCD Modding Guide that covers everything you need to know about applying Mods in the game.

Below you find the Mods that we think are the best and will make your game much easier and fun to play. We have also added their download links so you can try these Mods out yourself as well.

Saving is one of the mechanics where Kingdom Come: Deliverance really punishes the players. It gives no options to manually save the game at any point except when you use the potion Savior Schnapps.

However, keep this thing in mind that you cannot save the game where you are not allowed to save by the game. This mod does not work for areas where the developers have the disabled saving game such as right at the start of the game.

Okay, so here we will combine two Mods for making the game harder to beat. For players who love to challenge themselves, these two Mods combined together will give you Kingdom Come: Deliverance nightmares.

The first mod is for increasing the number of enemies that you encounter during battles while free roaming. This makes these encounters more challenging for you as you face more enemies than you normally would making the game very difficult.

The second mod increases the enemy health, increases the stamina cost of blocking and attacking while reduces the stamina regeneration rate. This makes the game very difficult to play. Recommended for seasoned players, this mod will give your Kingdom Come: Deliverance a Dark Souls treatment.

On the other hand, if you want to experience Kingdom Come: Deliverance just for the story and exploring its world, this mod will come in handy for you. This will reduce the challenge from combat and will make the game much easier.

This mod increases the stamina regeneration rate, reduces the cost of blocking, and attacks. This will greatly reduce the difficulty of all encounters allowing you to breeze through them.

No Fog of War

This mod is also handy because it reveals the whole map for you. This reveals all the locations on the map so you can easily explore the world of Kingdom Come: Deliverance. When you start the game, your map is shrouded by a Fog of War, which conceals all important locations and sites.

Normally you need to explore the world and as you explore the map; this Fog of War is removed from the map. With this mod equipped, you will have aces to the whole map right at the start of the game. Excellent mod if you want to find any locations left after uncovering most of the map.

For the visual eye-candy lovers, this mod will work miracles. By default, Kingdom Come: Deliverance has V-Sync enabled, which limits the frames to a certain limit. Currently, the game has no option to turn the V-Sync off.

However, with this mod equipped, players can turn the annoying visual feature off and really experience the world of Kingdom Come: Deliverance at blazing fast frames.

If you do not want to wait to reach a specific level before equipping a perk, this mod is for you. It removes all level requirements from all perks. This mod is great for players who just want to be the best right at the start of the game.

With this mod equipped, all perks are unlocked right from the get-go. Every time you level up, you can choose any of the perks that you want to without worrying about the level. However, keep this thing in mind; this mod does not affect Staged Perks. They will still require their ancestor perks.

Merchants in Kingdom Come: Deliverance can only buy items from you until they have cash. If they run out of money, they will not be able to buy anything from you. This can cause you some serious problems if you are overweight and do not want to waste the collect gear.

Using this mod will increase the wealth of all merchants to the extent that you will be able to sell all your extra items to the same merchant. This is a great time-saving mod, as you do not have to run around trying to find merchants to sell items to.

However, this mod will take the coin problem for you. With this mod, all the trainings in Kingdom Come: Deliverance become super cheap. The best part of the mod is that you can set it to various options such as 10% or 50% off whichever suits you.

Weight Limit is yet another big problem when it comes to gameplay. You only get to keep some items in your inventory before you run out of the weight limit. This becomes very annoying because you are unable to run and become slow in combat as well.

With this mod, you can increase your weight limit to any value that allows you to never become overweight. Apart from some default values, you can also edit the mod and choose your own value to suit your game better.

Lockpicking is yet another mechanic where most players. Lockpicking requires lockpicks as well as levels for successfully unlocking different locks.

With this mod, all locks of your level or lower will instantly unlock while any locks that have a higher level that your skill, you can unlock them using the mini-game. This helps in tricky situations a lot as it unlocks most locks instantly.

This concludes our Best Kingdom Come: Deliverance Mods Guide. If you want to add anything to this guide, feel free to use the comments section below!