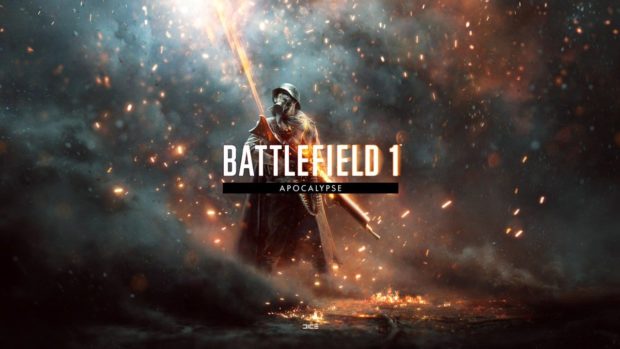 The end of content updates for one of the best games released this generation, Battlefield 1, has come. The final DLC for Battlefield 1 is releasing in February, after which, season pass content will officially end. However, that doesn’t mean EA DICE can’t announce more content in the future.

This also doesn’t mean that we won’t see improvements to the game via updates. This only marks the end of the season pass content. The final Battlefield 1 DLC is called “Apocalypse” and is releasing next month. It takes us to Belgium and features 3 gorgeous maps.

The Belgium map is a countryside torn by the events of World War 1. The second map will make us experience the trenches of Isonzo River where a conflict between the Italian forces and Austro-Hungarians takes place. You can see the official map rundown below.

EA DICE is also adding a new game mode called KNIGHT OF THE SKIES. It’s a simple dogfight mode where players will take to the skies to battle it out. The game mode comes with two of its own maps which brings the total number of maps to 5.

Four themed expansion packs with 16 new multiplayer maps, 20 new weapons, new Operations and more. Two-week early access to any unreleased expansion.
Battlefield 1 They Shall Not Pass: The hardened veterans of the French army make a stand in a brutal defense of their homeland.
Battlefield 1 In the Name of the Tsar: Enter the biggest front of World War I with the Russian army.
Battlefield 1 Turning Tides: Participate in the amphibious warfare of World War I.
Battlefield 1 Apocalypse: Go over the top in hellish infamous battles during the most cataclysmic time of the war.

Battlefield 1 is now available on Amazon. You can pick up the revolution pack as well that features the base game and all of the DLC.

Which Battlefield 1 DLC is your favorite? Let us know in the comments below.