On the Ark Valguero, sulfur may be discovered in Wyvern sites and next to volcanoes. The major uses of sulfur are to tame the Rock Elemental and make propellant, flamethrowers, and preserving salt.

The surface trench along the bottom and the caverns leading to the land bridges as well as the tunnel system are all covered with sulfur.

The heat is quite high in both places, so be sure to level your fortitude and carry Ghillie Armor or Desert Cloth for use within the cavern and Fur Armor for the outside environment.

In this guide, we will tell you all about Sulfur and how to farm it from some of the best farming locations in Ark Valguero.

Small, yellow-streaked boulders that are often located up in the hills can be mined for sulfur. Killing a Wyvern, a Magmasaur, or a Rock Elemental will also provide sulfur.

The general locations for farming Sulfur are marked in the picture below: 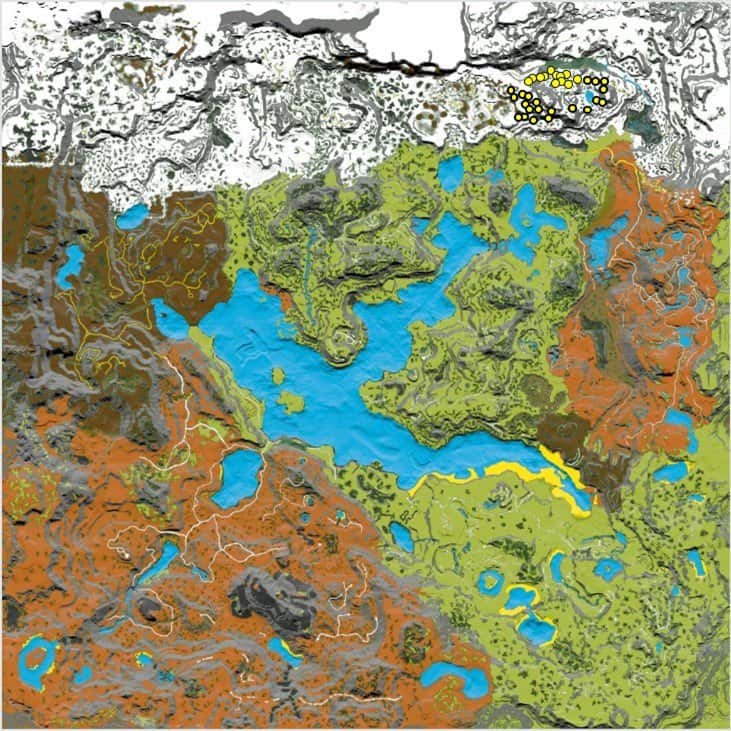 Sulfur can also be farmed by killing Rock Elemental. The general spawn locations of Rock Elemental are marked in the picture below: 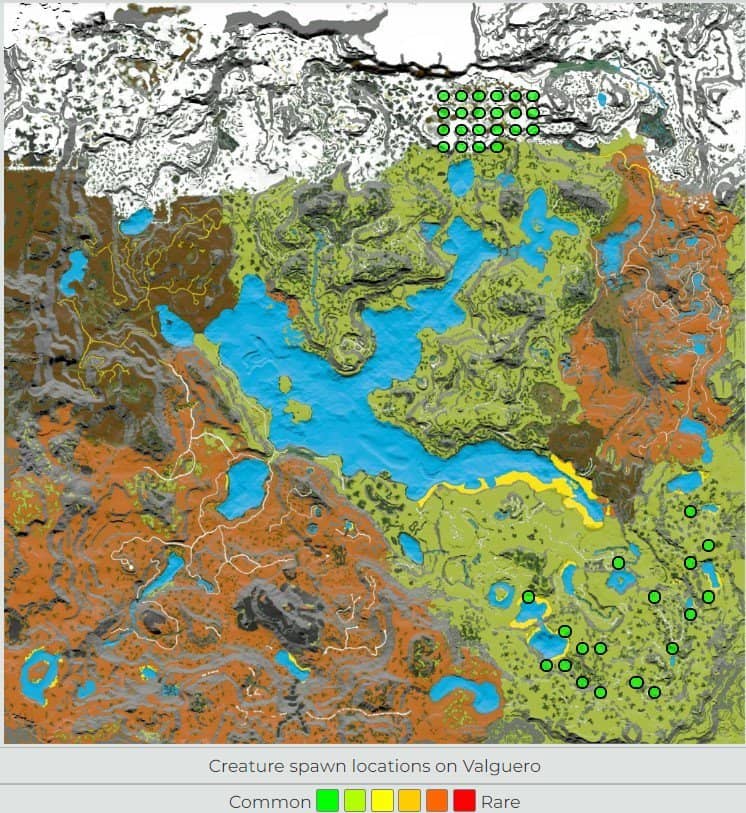 Some of the best locations to farm Sulfur in Ark Valguero are mentioned below:

Go to the following coordinates to farm Sulfur:

Head over to the coordinates mentioned below to farm some Sulfur:

Sulfur can be farmed at the following coordinates:

Go to the following coordinates to farm Sulfur:

Head over to the coordinates mentioned below to farm some Sulfur: