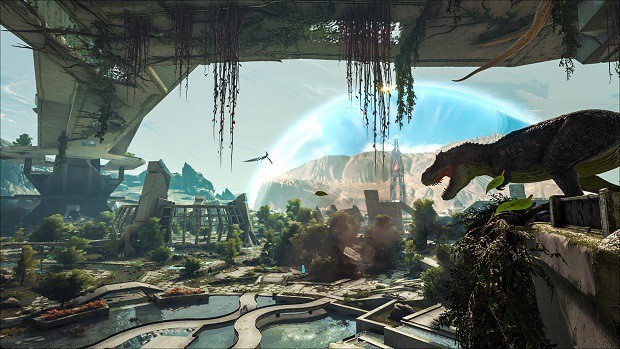 If you have ever dreamed of showing off your strongest kills to random strangers in ARK: Survival Evolved, this guide is it for you! Thanks to the ARK Extinction Taxidermy feature, we will help you achieve that goal without relying on screenshots.

Of course, since ARK is a game based on survival and “kill or be killed”, one must always show off his strength off to his admirers. And what else is better than to just show off the dead bodies of their strongest prey to them?!

It isn’t exactly limited to animals, though. You can also kill fellow humans and show their dead bodies off to strangers in the wild. My best friend will finally be of some use, aye! Here is how you can craft “Taxidermy Tools” and how to use them:

The first Taxidermy tools become available at Level 10. You will need a total of 7 Engram Points to unlock their engrams: 3 for Taxidermy Tool and 4 for Small Taxidermy Base. Crafting time for a Taxidermy Tool is 5 seconds.

Once you unlock these engrams, there is a materials requirement you need to fulfill!

You might need to put some points in the “Weight” portion of your character before you try this though. When you do craft the base and the tool, they will be placed in your inventory and will have some weight.

The Large Taxidermy will take a HUGE chunk of your inventory space even if you have an insane weight capacity.

The dead animal/human’s “Dermis” will be added to your inventory. A good thing about this tool is that, even after you use the taxidermy tool, the dead body’ll still be available for cutting open for skin or meat.

Set up a Taxidermy base somewhere and interact with it. You’ll see a Dermis slot. Drag your desired Dermis into that slot and kaboom!

That being’s body will be shown off on top of that Base and the size of the body will be automatically adjusted according to the size of Taxidermy Base; for instance, if you place a small creature on a large taxidermy base, it will resize to a large creature.

You can choose between different poses and skins on your “Trophy” too, though you will need to craft a saddle or clothes for that purpose and a bigger Taxidermy base.