AMD Ryzen 16-core And 12-core Variants Will Be Multi-chip Module?

We recently heard reports about AMD working on 16-core and 12-core AMD Ryzen chips in order to tackle the upcoming Intel enthusiast-grade processors.

This claim goes well with the rumor that AMD will also be launching a new socket in order to fit these new CPUs. These upcoming AMD Ryzen CPUs will be based on Zen and we already know that Zen is scalable and that AMD has planned out a multi-generational roadmap, what we did not know at that point was that there would be a new socket in the mix as well. 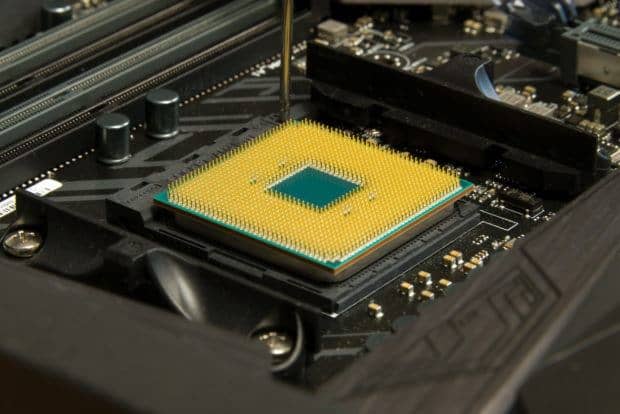 How well these will perform is something we will have to see when they come out but it is interesting to see that AMD is going to be taking Intel head on even in the high-end market and not only in the mainstream CPU market.

The new socket will have more than 4000 pins in order to compensate for double the cores and word has it that we will also see 58 PCIe gen 3.0 lanes. Users will also get quad channel DDR4 memory. It is important to note here that the frequencies of the CPUs will not be getting a bump here.

AMD Ryzen has been pretty competitive so far and it seems that trend is going to continue looking forward. It will be interesting to see how Intel is going to deal with this threat.

Let us know what you think about these upcoming AMD Ryzen CPUs.