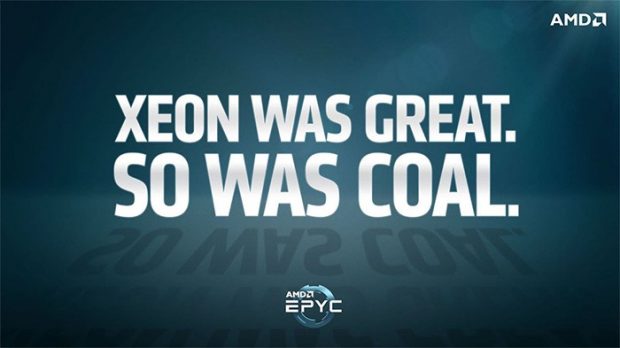 AMD and Intel have long been competitors in the CPU market and while Intel has mostly dominated the market but, AMD is giving Intel a run for its money with its AMD Ryzen CPUs and now while promoting its AMD EPYC CPU, AMD has called out Intel for its Xeon processors suggesting that Intel Xeon are a thing of the past.

Recently, AMD pushed out a wave of marketing material for its AMD EPYC CPU in which the company called out Intel by name and compared the Intel Xeon CPU with Coal.

The marketing material you can see below doesn’t shy away from taking a jab at Intel Xeon processor. AMD used lines such as “Xeon Was Great. So Was Coal”. By comparing the Xeon CPUs with coal AMD is suggesting that just like coal has a limited number of uses nowadays, Intel Xeon is also a thing of the past and many have moved on to AMD EPYC CPU.

Not only that, in another marketing material AMD wrote “Nobody Ever Got Fired For Buying Xeon. UNTIL NOW”. It is clear that AMD is not pulling its punches with its competition with Intel for the CPU market. 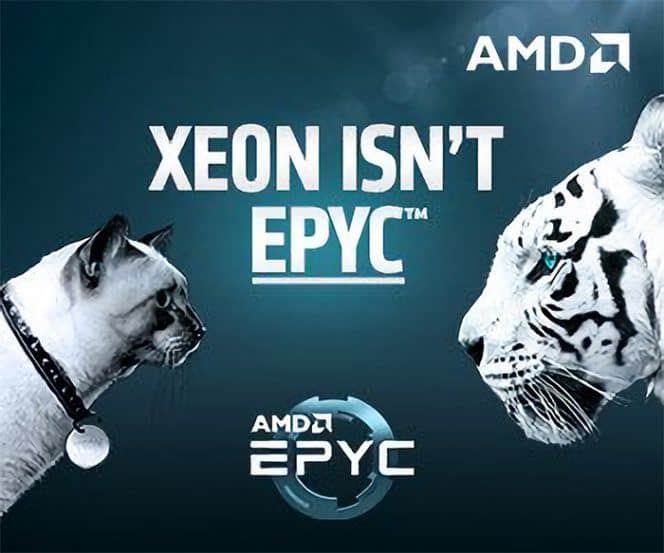 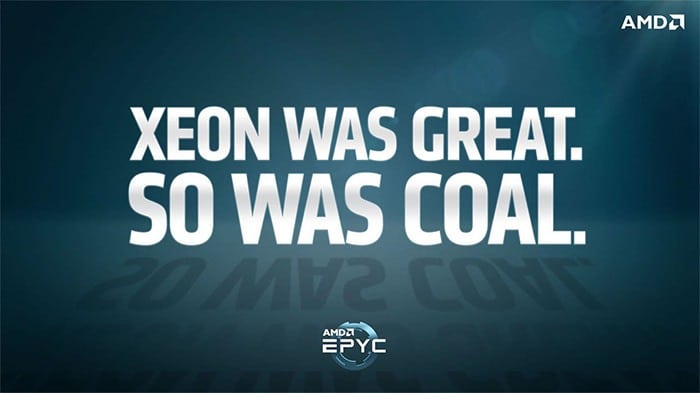 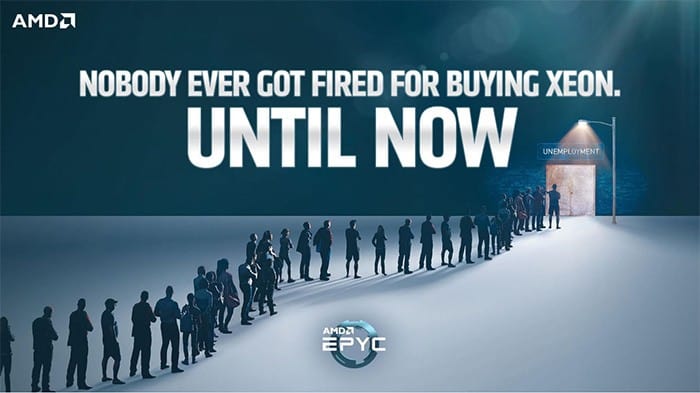 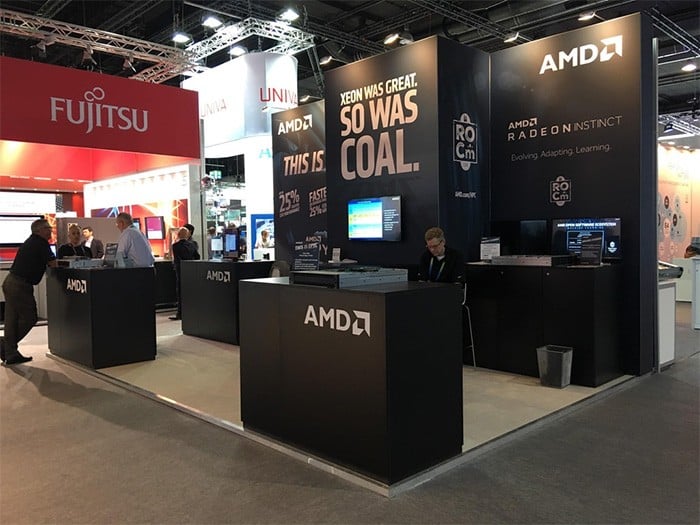 However, this raises a question that what AMD is doing is ethical or not? Usually, when companies market their products they take jabs at other companies but in an indirect way. But, intis case AMD has directly named Intel Xeon and compared it with its AMD EPYC CPU.

However, this is not the first time AMD has done something like this. Recently, when Intel announced that it is giving away 8086 for its Core i7-8086K, AMD took the chance and announced that it will be offering its AMD Ryzen Threadripper to those who win the i7-8086K.

AMD announced that it will give 40 enthusiasts in the US its Threadripper 1950X in exchange for Core i7-8086K. However, this was a bit light-hearted fun poking but, with the above marketing material, AMD has noted that it means business.

Speaking of the EPYC CPU, AMD has noted that it will be skipping 12 nm Zen+ for 7 nm Zen2 for its 2nd-gen EPYC.

AMD noted that the 7 nm is ready in the lab to be used for the 2nd-gen EPYC CPUs and will begin sampling it in the second half of 2018 and these 2nd-gen AMD EPYC CPUs will start to roll out into the market in 2019.

Furthermore, a report has been making rounds on the internet suggesting that EPYC Rome will feature 48 cores and 96 threads. Not only that, following the launch of Rome, AMD will roll out EPYC CPUs with 64 Cores/128 threads which will be a huge leap in terms of performance.

What do you think of AMD directly calling out Intel? DO you think this is ethical? Let us know in the comments.