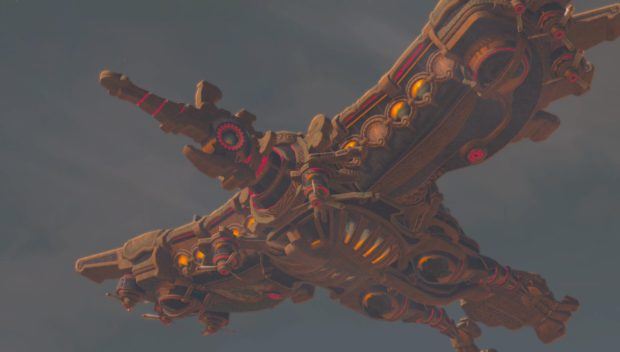 The next stop for Link in Legend Of Zelda: BoTW is Rito Village. The journey to the Rito Village is a long one in which Link will have to travel through several new regions if you have not already.

For more help on The Legend of Zelda: Breath of the Wild, check out our True Ending Guide, Rare Weapons/Attires Locations Guide, and Best Cooking Recipes Guide.

The path is pretty straight forward and this is the best way to uncover the Central Hyrule if you have not already.

Just get to the Oman Au Shrine and leap off the Great Plateau using your paraglider toward the north to get to the Central Hyrule in Legend Of Zelda Breath Of The Wild.

The tower in Central Hyrule is close by and the path to it is pretty straight forward. However, the tower itself is protected by Guardians.

Even at this point in the game the Guardians are very strong and clear it at your own risk.

From the tower take the path towards the west, it will take you towards the north and eventually to the Hyrule Castle. Also, be careful as this path is quite treacherous. Further ahead the road merges with other paths and you need to go towards west.

You will come across the Carok Bridge which extends towards the west out of the Central Hyrule. As you cross the Cook Bridge continue to the path towards the west. The area is infested with Bokoblins and take out their camp is you like.

The path will eventually split but we ned to go to the north and follow the path until you are out of the valley. From here the Ridgeland Tower is not very far and you can also climb it quickly.

However, the area around the tower if full of enemies. Take out the enemies if you like but it would be good if you just avoid them as it will take long if you try to fight all of them. Activate the tower and go back to where the road split in the valley and go towards the south.

Further ahead the path will again diverge and we are to go to the west and it will take us straight to the Tabantha Bridge Stable.

From here go towards the west and cross the Tabantha Great Bridge.

As you cross the bridge you will be able to see the Tabantha Tower, however, the path is full of enemies so it would be advised if you make your own way to the tower.

However, the tower if blocked by the corruption but you will be able to see some pillars nearby get to them and destroy the eye of corruption.

After that the pillar will fall towards the tower, creating a ramp. now you will be able to climb the Tabantha Tower.

Memory Location
From the Tabantha Tower leap off the ledge to the east to get back to the main road and go north along the path. Along the path, just before the Rito Village Link will come across the Rito Stable, go there is you like then head to the Rito Village. Just before entering you will see the Divine Beast soaring up above.

Go to the hut right next to Kaneli and talk to Teba’s wife Saki and she will tell Link that Teba had gone off to the Flight Range. Seeing the platform below will trigger another memory of the Rito Champion, Revali.

Now Link has to go the Flight Range in order to find Teba. Get to the highest point in Rito Village and using your Paraglider fly northwest. On your way to the Flight Range, there will be Sha Warvo Shrine to the right off the path.

Divine Beast Vah Medoh
Run towards the north and you will get to the Flight Range. As you get there, climb the ladder and talk to Teba. He will ask Link to prove his aerial archery skills. You will have to hit 5 targets within 3 minutes.

Teba will give Link a gift in the treasure chest as a reward. Now talk to him and take the flight to the sky to fight the Divine Beast Vah Medoh.