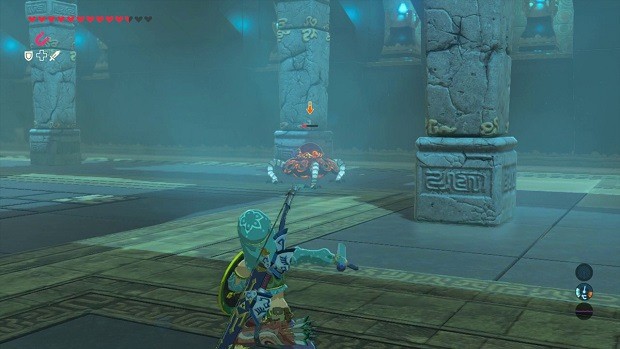 In our The Legend of Zelda: Breath of the Wild Katah Chuki Guide, we’ve detailed everything you need to know about completing the Katah Chuki shrine.

Katah Chuki Shrine in the LoZ: BotW is located in the middle of the Quarry Ruins, on the southwest edge of the Hyrule Castle.

The Legend of Zelda: Breath of the Wild Katah Chuki Shrine

Katah Chuki is one of the combat shrines in the game instead of being the typical puzzle-infested shrines.

The shrine basically pits you against a Guardian Scout II equipped with a spear and having about 375 HP.

This is a pretty simple battle. You need to start with dodging and charging in whenever you get the chance.

At about 50% of its HP, the Guardian Scout will back off and start spinning with a laser all around it.

In order to deal with it, you need to use the updraft and glide over it followed by striking it down.

Once you’ve defeated the Guardian Scout II, open up the chest to grab the Royal Halberd and speak with Monk Katah Chuki.