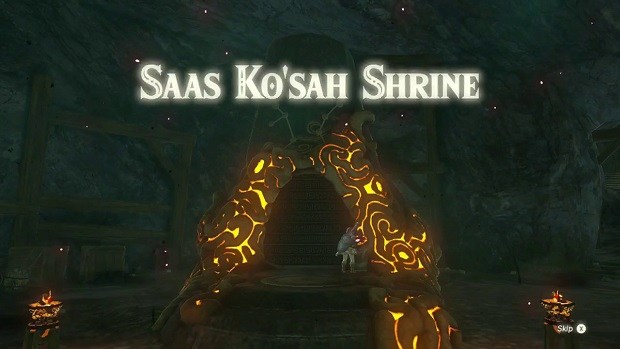 The Legend of Zelda: Breath of the Wild Saas Ko’sah Shrine Guide to help you learn everything you need to know about completing the Shrine of Trials and finding the Spirit Orb in the shrine.

The Legend of Zelda: Breath of the Wild Saas Ko’sah

Saas Ko’sah shrine in the LoZ: BotW is located in the Docks of Hyrule Castle. Head to the library and activate the Magnesis. Doing so should allow you to remove the fake bookshelf and head down.

Once you’re down, you’ll come across a large torch and several smaller torches. In order to unlock the shrine, light the large torch.

After entering the shrine of the trial, you’ll be asked to take down a Guardian Scout IV with 3,000 HP. In the area, there are 5 Magnesis Blocks that can be pulled in order to avoid damage.

The Saas Ko’sah wields an Ancient Battle Axe++, a Guardian spear++ and a Guardian Sword++.

This boss battle is quite tough. Follow these tips to gain advantage during the fight.

Once you’ve defeated the Guardian Spirit, get the Flameblade to get +13 Attack Up and get the Spirit Orb.