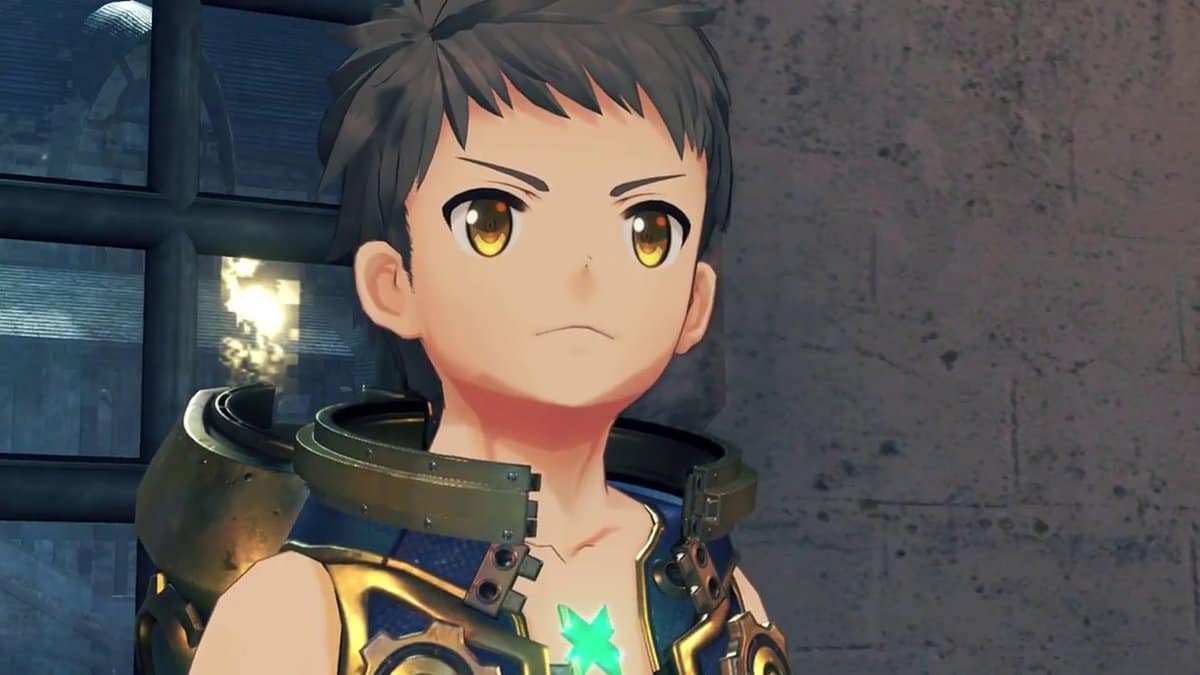 Rex is a playable character in Xenoblade Chronicles 2 and is the game’s main protagonist. He is a Driver and the wielder of the legendary Aegis Blade named Pyra.

The following guide covers everything you need to know about Rex, including his location, stats, blade, favorite items, affinity chart, and costumes. We will also discuss his heart to hearts.

Rex and his mother found themselves washed up on the coast of Fonsett Village, where the townsfolk raised him.

Then by 15 years of age, he returns to Cloud Sea to work as a Salvager. During the visit to the Argentum Trade Guild, where the Chairman of Argentum offers him a lucrative salvaging job, he joins the crew, boards the C.S.E.V Maelstrom, and heads to the Ancient Ship.

Rex will also have the following Idea Stats:

How to Build Pyra/Ageis Sword

Pyra is the game’s female protagonist and is the legendary Ageis Blade, which allows the user to harness fire elemental abilities. The Default Core Chip of Pyra is the Lead Chip.

Pyra is unlocked in Chapter 1 of the game after slaying the Megalo Aligo boss you face in the Ancient Ship.

Pyra or Ageis will be Rex’s primary and strongest weapon. This sword processes a great topple, powerful position damage boost, and top base attack.

How to Use Pyra/Ageis Sword

When using the Ageis Sword, equip the following arts to use with it:

This may be the most powerful Art if you consider its added effect. It has the shortest cooldown time and the quickest animations, so giving the advantage over the two Position Arts.

This may be more powerful than Sword Bash; however, its bonus effect is considerably weaker. It has a longer animation time and a longer cooldown as well. Adding to the fact that it has a greater block or miss chance, making repeated uses difficult.

This will help reduce aggro on you as this Art processes the highest base damage.

This may be the most effective Topple Art in the whole game. Adding on top of its excellent range, speed, and small cooldown time, the fact that this is Rex’s only topple makes it a no-brainer. Plus, it also allows you to use H.P. potions without topple.

In Xenoblade Chronicles, 2 Rex is the character who participates in the most Heart to Hearts. He can take part in each of the following twenty:

The Pouch Item types that Rex prefers are Art and Drinks.

You will find the following skills in Rex’s Affinity Chart:

You will find the following skills in Rex’s Hidden Affinity Chart:

Rex has three additional costumes for you to change into. These costumes can only be accessed through the DLC Aux Cores, which are obtained via the Challenge Battle Mode.

The alternate costumes for Rex are: