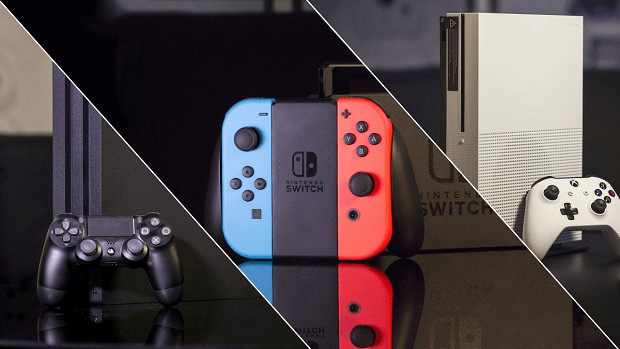 We already know that Xbox Scarlet is in development and that the PS5 is also being worked on as we speak. If the rumors are true then PS5 dev kits have been sent out. The next generation of consoles is going to be coming out sometime around 2020 and it will be more powerful than what we currently have. So what about the Nintendo Switch?

One might think that with all this power coming into the mainstream market in 2020, the development of games for the Nintendo Switch might slow down. You would be wrong in thinking so. You see, the Nintendo Switch is not going to be competing with the Xbox Scarlet or the PS5. Nintendo has never bragged about horsepower that it has to offer. The company is about providing different experiences.

Panic Button is one of the developers for Nintendo Switch and the devs have brought a couple of games for the Nintendo Switch. The games that Panic Button has ported include Wolfenstein and Rocket League. Other than that the company is also working on porting Warframe to the console as well. According to general manager Adam Creighton:

It’ll be interesting because who knows what’s going to happen with next-generation. Does one party do an even beefier, more powerful machine? Do they look at what’s happening with Nintendo and try to do that? Will they do both? Nintendo in previous generations has made it clear that they’re not competing on horsepower. Switch is a great example of delivering that without impacting the quality of the games. And they’ve made some great partnerships with Bethesda and others to bring triple-A content to their platform.

While the Nintendo Switch is underpowered as compared to the current generation consoles, the selling point of the console is its portability. You can take it with you where you go and when you get home you can dock it in order to play games on the big screen. This is where the device shines as compared to the competition. Adam Creighton praised the device and the following is what he had to say in this regard:

It’s a really neat piece of hardware, and we’re learning more all the time. We work closely with Nintendo and Nvidia, and it’s an opportunity for us to do more and more with the hardware. It’s interesting, it’s still pretty early for the Switch as a gaming device, so I’m excited to see what happens on the hardware and the optimization front.