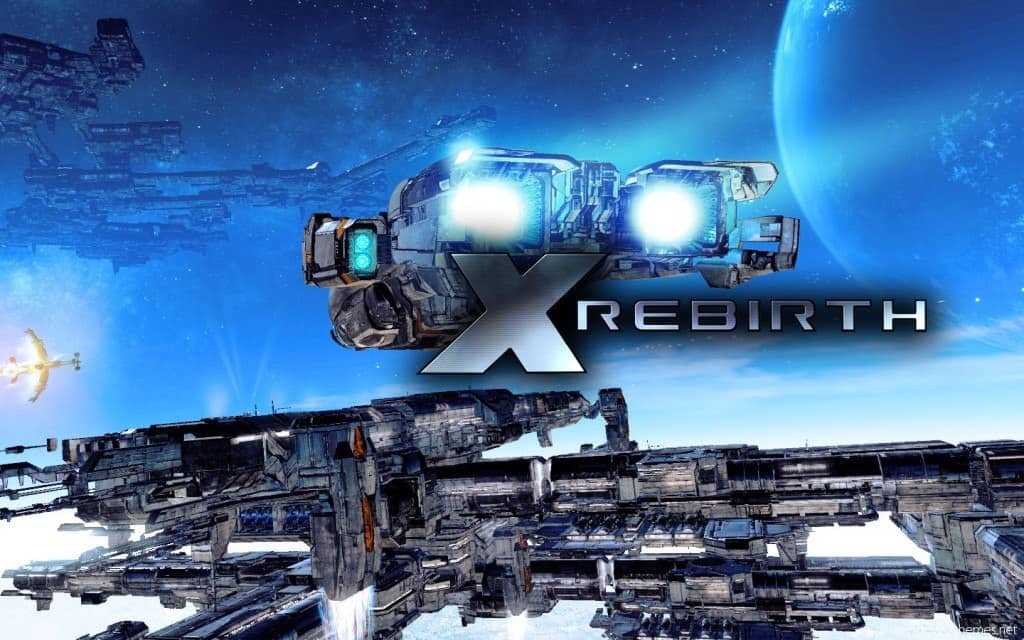 X Rebirth is an open-world single-player space-trading game by Egosoft exclusively made for Microsoft Windows, Mac OS X, and Linux. A console version of the game has also been promised. That being said, I will be covering various aspects for beginners and veterans alike.

Your Ship
You will have access to your very own ship called Albion Skunk. Skunk has a wide arsenal of weapons (HMG, Shotgun, LASER Guns, Missiles) at its disposal.

In addition to that, you will be able to upgrade various features of Skunk including Engine, Armor, and Scanners. All of these upgrades have some slight advantage over the others so make sure to choose the right one.

Your ship is also able to carry cargo and have in-built drones that are able to hack various equipment and are weapons of mass destruction. While playing the main storyline, you will be provided with a few tutorials to make you familiar with the ship and the game in-general.

How To Build Ships and Stations
Ships are not only captured but constructed! In order to do so, you will need to find a Shipyard Platform. After you have found one, look for a Ship Trader (NPC) and after paying a fee, begin building your very own custom ship.

As for building the Stations, you will first need to build a Construct Vessel Ship and have it in your squad. Once you have done that all, look for an appropriate location to build your station and access ‘Build’ from the Quick Menu to begin.

Drones, WHAT?
Drones are a brand-new addition and are used while hacking different things and other tasks. The game featured two distinct types of Drones know as ROV and URV. ROV are Remotely Operated Vehicles and are controlled by a headset.

As for URV, these are Unmanned Radio Vehicles and operated on their own using AIs.

How to Capture Ships
In addition to having your very own ship, you will be able to force a pilot out of his/her ship and redeem it as your very own. However, unlike the previous installments, ships are no longer flown by the AI, but you will need an actual pilot to fly them.

Pilots can be found on different platforms; once you have found a pilot, you will be able to hire his/her services for a fee.

Once you have hijacked a ship, click on ‘Claim’ and your pilot will automatically begin flying that ship. There will be some ships, which will require you to have a crew owning to their magnificent size.

The number of Marines (Crew) required to claim a ship primarily depends upon the size of the ship, and some ships even require around 20 Marines. Marines can be recruited by talking to Recruiting Officer.

Landing 101
Landing in X-Rebirth holds the significant value as it allows you to get on to a platform to acquire objectives, repair Skunk, apply upgrades, and talk to people. You will Bar-Platform scattered throughout the Universe of the game and by clicking ‘Dock’, you will be able to land.

Once you have successfully ‘Docked’ the Skunk, you will be able to click on different icons depending on what you want to do.

Missions
Along with the main storyline missions, there are a bunch of other missions that you will be able to complete to earn cash and RP. The missions available to you will include Escorting, Assassination, Patrolling, etc. While hovering around the Platforms, these missions will pop-up as icons.

Small Talks
Small Talk is kind of a mini-game featured in X-Rebirth, which is activated by talking to random NPCs about various things. The game itself is pretty simple, and you will be required to halt a moving bar at the highest point.

Failing to do so will finish the game.

How Trading Works?
Trading has been so much evolved in X-Rebirth that it looks like a new addition, altogether. In this game, Trading has been split into two different categories: Direct and Indirect.

Direct Trading is done with the Skunk by Docking onto the different platforms and talking to NPC. You will also be able to purchase inventory items from NPCs and upgrade your ship.

Indirect Trading is not done by Skunk, and you will be required to have a larger ship to transfer wares. Once you acquire a ship like that, you will be able to begin Trading. To transfer a particular type of ware, you must have that very particular transporter on your ship.

What Has Changed?
With the new engine, the whole universe of the latest iteration of the franchise has evolved completely. You will not longer be able to travel through gates to gain access to a new area. The universe has a Galaxy which is further divided into four clusters.

The clusters are further divided into Sectors. These Sectors are linked together by Super-Highways.

Zones in X-Rebirth can be considered as the last division of Galaxy which are inter-linked via Local-Highways. And just like Sectors, different Zones can be accessed anytime.

Gates are certainly present in X-Rebirth, but they work a bit differently. Since they are not directional, it is pretty much possible that you exit a gate and arrive at the same Cluster.