X-Men: Destiny Gives You a Choice – Save Humans or Destroy Them 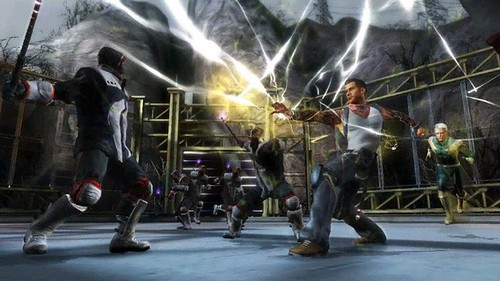 Get ready to have your console invaded by an all-new set of X-Men mutants, because Silicon Knights is readying up a new X-Men game. True that the company had gone through some rough period for past 5-6 years, but it does have a tendency to create impressive games, and they’re contended to present a newer concept of X-Men.

X-Men: Destiny is the name of the game if you don’t mind the rhyme. Marvel and Activision have joined and will be marketing/publishing the game.

In Destiny, you’ll be playing as a mutant who has freshly learned to control his abilities and is a new recruit, instead of playing as one of the known X-Men characters.

Comic-Con saw the release of a few trailers showing off the gameplay and detailing some behind-the-scene details, such as voice actors and the inclusion of the experienced classic X-Men.

As a new, original hero, you have the important choice of who you want to side with – whether you want to use your abilities for the good of mankind by siding with Professor Xavier’s X-Men, or you want to make mankind suffer for their cruelty by joining Magneto’s brotherhood.

The game will mainly focus on the tension between the two sides of the mutants. It will all play out in San Francisco. The graphics are – well – not too impressive, but we’re really hoping that this aspect won’t overshadow this game and it will be able to win the fans with its gameplay.

Silicon Knights has made a few errors in their long-running career as a game-developing company, but they definitely have the potency to create good titles, and admitting how interesting the choose-your-side aspect of the game is, we can hope for a new yet classy experience.

September 27th is the release date for the game, and it’s coming to the PlayStation 3, Wii, Xbox 360 and Nintendo 3DS.