The Witcher 3 Where The Cat And Wolf Play Quest Guide 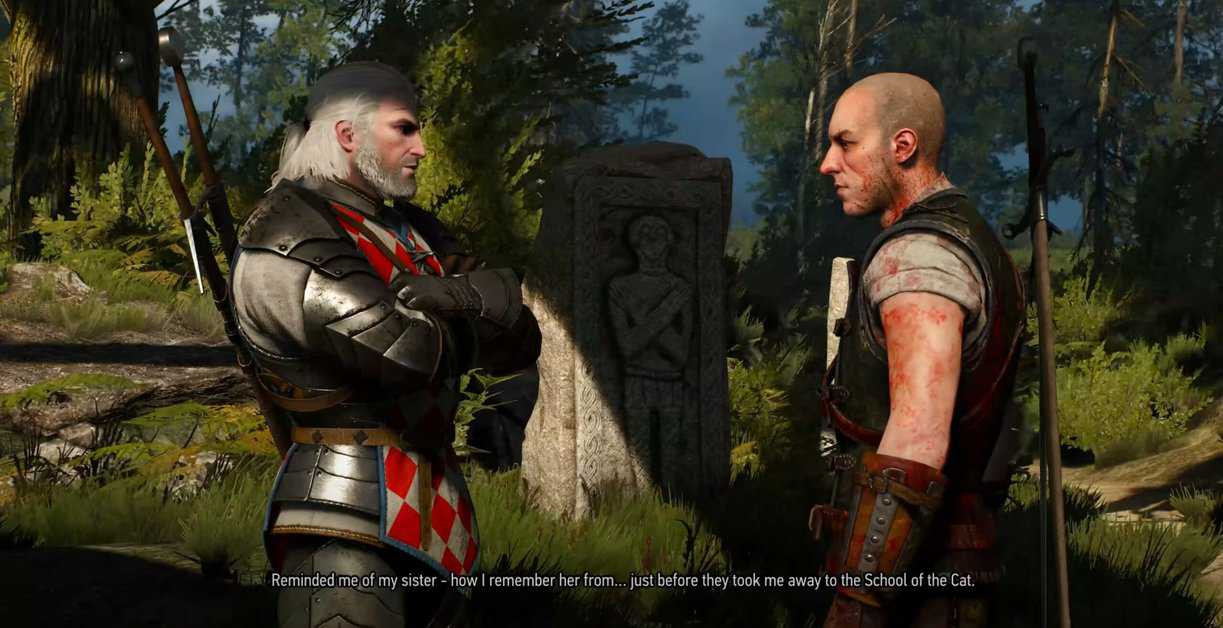 Witcher 3 features many side quests, and unlike some games, these quests are a valuable addition to the game’s story. Where the Cat and Wolf Play is one such side quest in The Witcher 3 Wild Hunt that was added as a part of one of the 16 free DLCs.

With the next-gen release of The Witcher 3: Wild Hunt, many returning and new players find themselves unable to find Where the Cat and Wolf play quest, and some of the ones who manage to find the quest are mostly unable to complete it.

So to tackle these issues and give you complete details, we have prepared a guide on how to find and complete the Where the Cat and Wolf Play side quest in The Witcher 3.

Where to find Where the Cat and Wolf Play quest

To even get the quest to appear for you, you must ensure you have completed several contracts in the game. Where the Cat and Wolf Play is unlocked after you complete the contract named “The Beast of Honorton.”

To find The Beast of Honorton contract, regularly check on the notice boards on Crow’s Perch and Oreton. As you progress through the contract, you make some fantastic discoveries in the contract, that automatically start the Where Cat and Wolf Play quest in Witcher 3.

The fact that the quest automatically starts makes it crucial that you DO NOT leave the area of the contract after you have completed The Beast of Honorton contract. Leaving the site will fail the Where the Cat and Wolf play mission, causing you to miss out on the quest altogether.

The Beast of Honorton

Even though the contract is not technically a part of the quest Where Cat and Wolf Play, we decided to give a brief overview of the contract, as it directly leads to the quest. Knowing what happens in the contract and when it ends will help you transition into the actual quest with much more ease.

We recommend that you are at least level 25 before you decide to take on the Beast of Honorton contract in The Witcher 3.

After you pick up the contract from Crow’s Perch or Oreton, you need to head to No Man’s Land in Velen and speak to Ealdorman of Honorton.

Honorton can be found right between Claywich and Boatmaker’s Hut. It’s a tiny village right in between the two fast travel points. How you make your way to the village makes no difference, but once you get to the village, you will find a horde of monsters waiting for you, and the entire village is slaughtered.

As you know and have been doing for most of the game, kill all and any monster you see. After you have dealt with all the monsters, you can use your Witcher Senses to investigate what happened and find Ealdorman. Unfortunately, you’ll discover Ealdorman is dead.

Ealdorman’s death is technically the ending of The Beast of Honorton contract. You are now working on the Where the Cat and Wolf Play quest of TW3 Wild Hunt, and all the objectives you see below are for this quest.

Again, use your Witcher Sense. Geralt knows that someone beat Ealdorman, but who and why is the entire village slaughtered? Geralt has reasons to believe that Ealdorman was not killed by any monster but by someone else.

Your objective here will be to investigate the area. Roam around the village, and look in the huts around the village. After you have explored the huts, head to the barn, where you find two more dead bodies lying.

When here, you will see a little girl who runs away after seeing you. Look around one of the huts, and you’ll find a doll lying on the ground. Pick it up, and you will get the objective to follow the little girl.

You can use your Witcher Sense to track down the girl. Follow the girl’s tracks, and you will find her scared and hiding behind a tree. The little girl is startled when she sees Geralt.

Head to the girl, and you’ll start a conversation with her. Out of all the dialogue options, choose the empathetic option, and hand over the doll to the girl. This allows the girl to get comfortable with you and cooperate.

After you hand over the doll to the little girl, she reveals that it wasn’t the monsters, but a Witcher named Gaetan who slaughtered the entire village. Gaetan is a witcher who belongs to the School of the Cat.

You need to find Gaetan. For this, you need his amulet. You might have already seen the amulet while investigating the village. But if you haven’t, it is on one of the dead bodies in one of the huts in the village.

With the amulet in your possession, use your Witcher Sense to track down and find Gaetan. Follow Gaetan’s tracks and confront the mysterious Witcher, who slays an entire village.

As you confront Gaetan, he reveals the whole story. The villagers hired Gaetan to kill the monsters threatening the village, but once he did his job, they refused to pay and tried to kill him. Seeing this betrayal, Gaetan attacked and killed all the villagers who turned against him.

The little girl named Millie was alive because she reminded Gaetan of her little sister, and he couldn’t bring himself to slay her. After hearing Gaetan’s story, you have the option to either kill or spare Gaetan. We will discuss both choices differently, as they offer different rewards if you choose the violence option, also explain how you can kill Gaetan in The Witcher 3.

Well, you are a Witcher too. You have seen how people see you, the hate and distrust in their eyes. Maybe you can relate to Gaetan. If you decide to spare Gaetan, you immediately get 200 XP without fighting Gaetan.

As a token of his gratitude, Gaetan will also reveal the location of a hidden treasure to you, earning you 40 Crowns for your troubles. You will enter the “Take What You Want” quest as soon as you choose.

Before you go on following this second quest, head back to Millie and end the quest Where the Cat and Wolf Play.

Deciding to make Gaetan pay for his crimes, you start a fight with Gaetan. Before the battle, you again have the option to either give a potion to Gaetan to heal or not. We recommend that you DO NOT give him the potion, as he will use a bomb to trick you and make the fight much more difficult.

After you kill Gaetan the cat witcher in The Witcher 3, you get 200 XP and a sword. If you allowed Gaetan to heal before the fight, you get his steel sword Teigr as loot otherwise a useless one.

While the sword reward for killing Gaetan is good, in our opinion the best choice for Where the Cat and Wolf Play quest in TW3 would be to spare Gaetan as not only can you relate to his actions but also the Take What You Want quest can offer up some good loot and XP for you. You get the sword as loot by sparing him anyways so why not show some compassion.