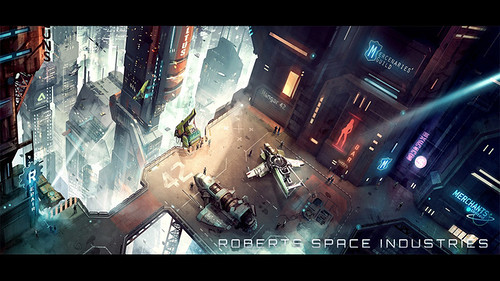 Chris Roberts (of the famous Wing Commander series) has been on hiatus from making videogames for quite a few years now, but a new Roberts Space Industries site has shown up with a countdown clock set to expire on October 10, 2012 at 10 a.m. After entering the secret code (if you think about it in binary, you’ll figure it out as the answer the question of life, the universe and everything, or 42), a letter to fans talks about his impending return.

I had become frustrated with the limits of the technology at the time to realize my vision […] With the power of today’s computers and the reach of the internet I finally feel I have the tools to build the connected experience that I always dreamed of. A world that would be more satisfying and richer than any film I could work on.

After signing up on the site, you find out that the announcement will officially happen at GDC Online in Austin, Texas, where he will show off the game. It is expected to be in development for the next two years. The art from the site suggests a Wing Commander/Privateer style game could be in the works.