Warner Brothers to Middle Earth Modders: You Shall Not Pass! 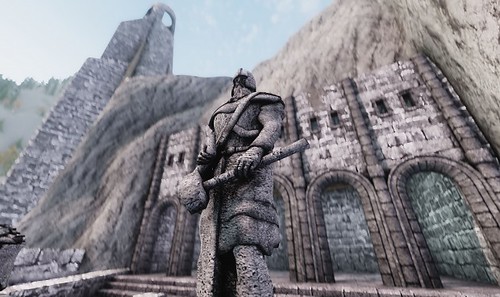 In the Bethesda Modding community, no project has been more ambitious or awe-inspiring as the Middle Earth Roleplaying Project.

What began as a group of passionate Tolkien fans making an Elder Scrolls IV: Oblivion mod, soon became an Elder Scrolls V: Skyrim Mod and with the small update in power and engine that Skyrim added, the final version was shaping up to be an incredible gaming accomplishment.

At least until Warner Brothers decided that this terrible unjustice could not come to fruition.  The WB fired off a Cease and Decist order to the developers and as a result, they have stopped production.

Over at Bethesda’s blog, one modder explained that they wouldn’t want to continue with slightly altered names:

Changing all copyrighted content is not an option for us.  Once all the names and such are different it wouldn’t feel like Lord of the Rings anymore