How To Do Naval Invasions In Victoria 3 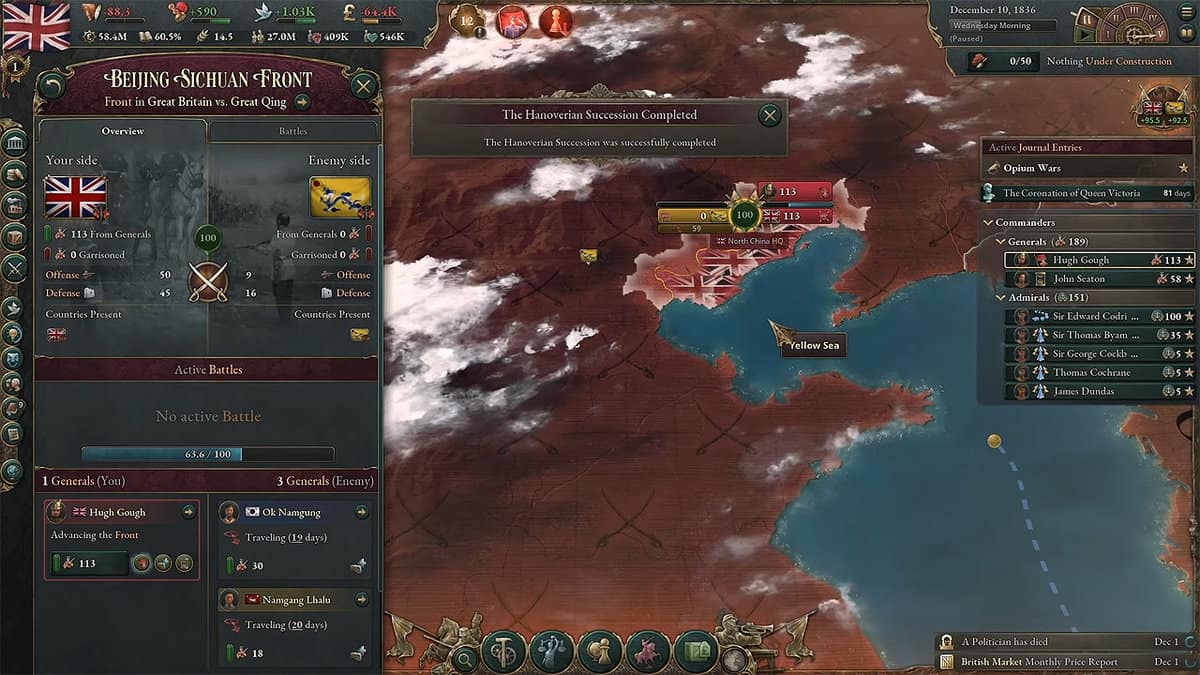 Along with developing your nation, Victoria 3 allows you to wage war against other nations through both land and sea. While ground warfare requires you to raise ground troops, to master the seas you would need a strong navy.

On a large scale, your capability to protect and sustain your nation directly depends on your mastery of the sea. For which you would need a decent navy. Also, most of the trade in Victoria 3 is done through the sea so there is another rationale for having a strong navy.

In this guide, we will cover everything you need to know about naval warfare in Victoria 3:

How to raise/maintain a strong navy in Victoria 3

Just like how ground forces rest in barracks, the Navy forces lie in Flotillas. This is the place where your sailors rest, all the battleships are constructed and maintained. Do note that a Flotilla can only be built along a coast that your nation owns.

Flotillas function almost like Barracks in the sense that they also require resources like ammunition, Radios, Servicemen, and Officers to remain functional.

The main difference between Flotillas and Barracks is that they take a longer time to construct and upgrade. Therefore, you need to plan on building them as early as possible, preferably before your rival nation begins construction on their Flotillas.

Another key difference between Flotillas and Barracks is that your nation’s navy is always considered to be in active service. In peacetime, Navy troops’ resource consumption is limited by keeping them on low alert. During wartime, you can only mobilize the troops necessary by choosing them. While the Navy’s Admirals have their own special needs as compared to Generals for ground troops.

As time goes on, expanding your Naval capabilities is important but it should be done in balance with the budget with which you are running.

How to wage naval war in Victoria 3

Once you have promoted a number of your navy’s servicemen to Admiral Rank, you would get access to a similar feature that ground troops Generals have. You would need to set up groups of warships that perform specific tasks using your Flotillas.

Using these groups, you can take part in naval warfare.

What are Naval Invasions?

War is an interesting aspect in Victoria 3, particularly to occupy foreign territories and claim them as your own. If you want to take the war to enemy lands i.e. take the offensive, you can do that in 2 ways:

Enemy countries that do not have a direct land connection to yours, or overseas territories, can be accessed majorly by sea. This is where Naval Invasion comes in.

Starting a Naval Invasion will help you get your troops across the seas and onto enemy territory. You will first have to send in an Admiral there, followed by a General and then your land troops. After your admiral successfully establishes a Front on the invaded area, the rest of your land troops will be free to access it.

How to increase Naval Support

The men leading your navy are called Admirals. Admirals control the Naval Bases’ Flotillas and are in charge of transporting your ground troops and generals across the sea to any selected location. The second in command are the Generals, which are responsible for your battalions.

Your Naval Support is mainly subject to the Insufficient Naval Support Modifier, which itself depends upon the ratio of flotillas involved to the number of battalions.

If the number of flotillas transporting your battalions falls below the expected amount required to efficiently do the job, this modifier appears.

Hence, to counter this, the first thing that needs to be done is to build more flotillas than the total number of battalions it needs to support. This will allow you to have a bigger force overseas.

Secondly, you can also promote the Admirals. The main Admiral in question here is the one leading the Naval Invasion. This will allow him to control more flotillas. Moreover, if you manage to increase the number of ships you have, you will have a better chance of winning the Naval Invasion.

Another factor that affects your Naval Support is the availability of Goods. Your Navy will require goods like Ammunition, etc. If the goods demanded fall below the 50% bar, your Navy will suffer penalties ranging from lower offense/defense to lower declared interests.

It is important to supply the demanded goods to your Navy as well to maintain it and make it most efficient.

How to start Naval Invasion

To start a Naval Invasion, you will first have to select an Admiral via the Military Menu on the left of the screen. In the respective menu, you can see the option required at the bottom of the screen.

The next step is to select a target area that you want to invade and then a general to accompany the Admiral. Any areas that can be invaded are highlighted in green. The General responsible for the battalions he can take must be of the same HQ as the admiral though.

After you take the first two steps, a countdown of generally 43 days will appear. This is the time your admiral and the general need to take to prepare for the invasion. Once the countdown ends, your fleet will be ready and try to occupy the target area.

If the target area happens to have its own navy patrolling the waters, a naval battle will start between them and your troops. If your troops manage to win this battle, they will continue to the target area and establish a front. If they lose, however, the Naval Invasion will fail, and your general will return back to HQ.

Landing in the target area, another battle starts for the front. If your troops fail, the front will fail, and they will be sent back to HQ. If they win, however, your admiral will successfully establish a front in the target area and the Naval Invasion will continue without a halt.

The Front on the target area will allow your Admiral to transport troops and convoys from your own nation to the enemy area in question.