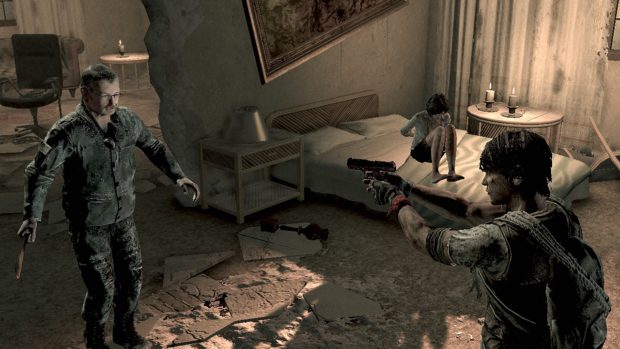 Who remembers “I Am Alive“? Hardly anyone; but to refresh your memory, I Am Alive is a post-apocalyptic survival game released by Ubisoft close to 6 years ago. It was an average game that failed to turn into a franchise. It released at a time when Ubisoft‘s reputation for quality games was still intact so expectations were high.

And to be honest, I Am Alive looked good and we had high hopes for it. But the title, out of nowhere, faced a major marketing crisis. Stanislas Mettra, the creative director of I Am Alive, bashed the PC gaming market. He stated that PC gaming is 95% piracy which is why they are keeping I Am Alive a console exclusive.

Which is funny because at the time pirating PS3 and Xbox 360 games had become as easy as it is on PC. Both machines were cracked and pirated games were available. Still, when asked why they are keeping the game console exclusive, he bashed the PC gaming market.

We’ve heard loud and clear that PC gamers are bitching about there being no version for them. But are these people just making noise just because there’s no version or because it’s a game they actually want to play? Would they buy it if we made it?

It’s hard because there’s so much piracy and so few people are paying for PC games that we have to precisely weigh it up against the cost of making it. Perhaps it will only take 12 guys three months to port the game to PC, it’s not a massive cost but it’s still a cost. If only 50,000 people buy the game then it’s not worth it.

Funnily enough, 6 years later, Ubisoft is praising how superior the PC is by releasing a new video titled “Why We Love PC.” Take a look:

It’s ironic, Ubisoft‘s PC ports, as well as Uplay, have struggled over the years. I think we all remember Assassin’s Creed Unity issues and Watch Dogs downgrades. Hopefully, Ubisoft will do better for PC gamers in the future.

PC market is different than consoles and it should be handled differently as well. Quality content will sell in million, takes The Witcher 3 for example. The Witcher 3 had zero DRM protection and still, it sold millions of copies on PC alone.