Top Tips to Get You Started in Tower of Fantasy 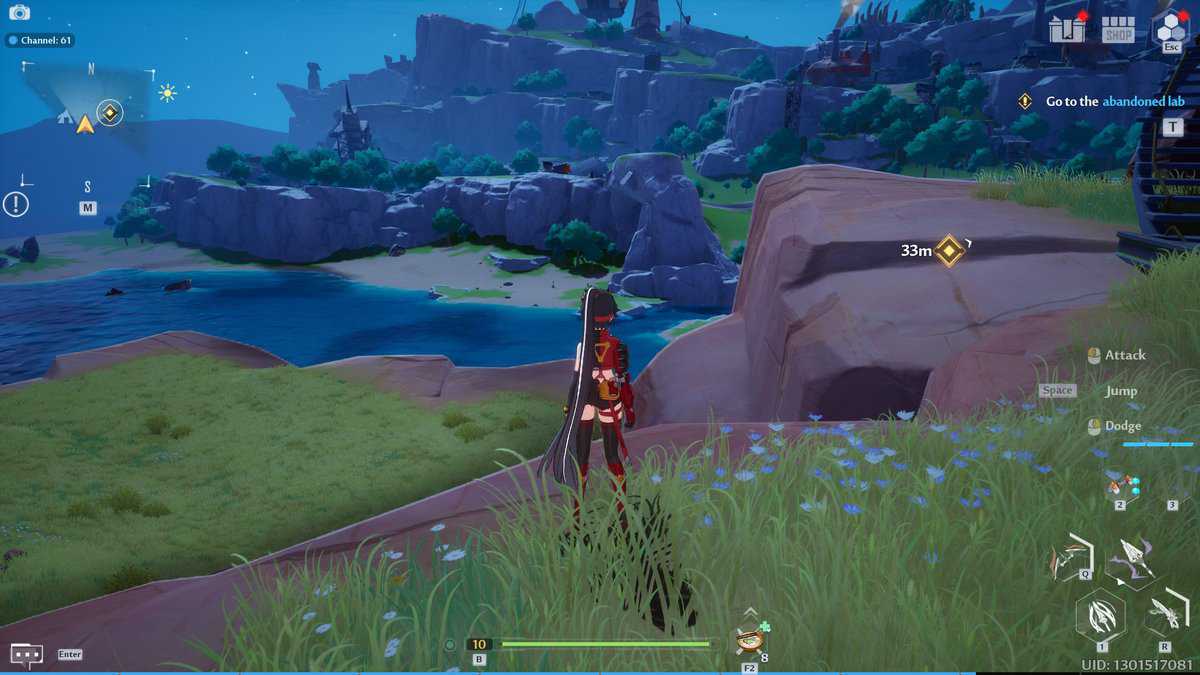 With a giant open world and hundreds of different species, Tower of Fantasy is a treat for anime-infused open-world MMORPG enthusiasts. To help you on your journey, we have put together this guide about Tips for Tower of Fantasy to make your journey even more enjoyable.

Following are some of the best tips and tricks that will help you on your exploration and combative journey as you get started in Tower of Fantasy.

Messing with The Settings

While playing Tower of Fantasy there is going to be a lot of fighting, lots of combat, and lots of switching to different attacks and weapons so it is highly recommended to mess with the key binds and set them where you feel comfortable.

Mostly you are going to be switching between your weapons so bind them to a key that is easy for your reach and in the heat of the moment, it’s fast enough that you don’t get taken down while you are switching weapons.

Along with the key binds you can also change some display preferences such as what to show on the screen. These could be fps, chat panel, or mission tips. As you play through the game you will find that certain things help, and certain things don’t so you can choose what you will see on the screen.

Finally, you can also change the style of the colors of the screen. You can choose between defaults, apocalypse, brilliant, and retro. All of them have their own color profiles and you can choose what you see fit.

Focus on the Story

Once you are done with the tutorial, most of the world will be open to you and it is true that the world of Tower of Fantasy is distracting and can easily distract you from the story.

It is recommended to stick to the story and not wander around too much until you are at least you are level 15. When you play through that story for that long, you will become much more familiar with the game’s mechanics.

At this point you will be able to choose your upgrades wisely and what things to spend your money on and how you can take on tougher foes. So it is recommended to just play through the game and once you are familiar with the mechanics then you can mess around as much as you like.

Wake the Explorer Inside of You

The world of Tower of Fantasy is vast and full of surprises. There are tons and tons of materials, points of interest, chests, and much more that you can explore. If you are exploring alone then there are chances of you finding black or gold nuclei that you can use to order new weapons.

Along with resources, there are several ruins that will reward you relics for completing them and you can use those relics to unlock different abilities because having more stuff in your arsenal is always a good thing to have.

Spend time in Combat training facilities to learn and practice combos while also earning some cash that you can spend in the shop. Also, collect edibles because a steady diet will improve your stats and healing outside of combat.

While you are on the hunt for something great, you will find several boxes laying around all over the map. These could be regular chests, password chests, or boxes with shiny green lights around them.

These first two don’t contain anything crazy, just regular loot and experience but keep in mind that these are a steady source of experience, and you are going to need that for leveling up.

Once you reach level 30, things start to slow down, and finding resources to level up your gear seems harder than ever. During these times, chests are your best friends, and you will appreciate them more than anything.

Finally, the box with green light around them, these are lootable boxes that can contain very rare loot sometimes, and other times they are empty but it is good to check them out while you are passing by as they reset every day.

You might be wondering, why and how will you become a chef in Tower of Fantasy which is an open-world fantasy combat game. TOF allows you to cook and consume food, that will boost your stats and will regenerate your health.

To cook in Tower of Fantasy, you will have to find a Cooker which a robot with a smiley faces on it. Approach the cooker and a sign will come on the screen then you can add the ingredients you want and just press cook.

In a combat-heavy game like Tower of Fantasy, you are only good at your guns, or a big part of the outcome of the battle depends on what you take into the battle so it’s best to do your research on the guns.

There are a lot of weapons in the game, and you can’t remember everything about each one of them so that is why there is an information tab that will display all the important information about your weapon.

This information includes the type of combat the weapons are suited for, the elemental type of the weapon, attack combos, dodge combos, skill, discharge information, shatter, charge rating, and lots more.

With all this knowledge and the knowledge about the enemy that you are up against, you can pick the best weapons out of your arsenal, so you have a better chance of taking down the boss.

Tower of Fantasy allows the player to chain multiple attacks and perform combos. Some combos are weapon specific and some are not. Combos are a great way to deal tons of damage in one go and also for catching the enemy off-guard.

Combos allow you to perform tricks that you wouldn’t normally be able to do such as you can use your weapon’s discharge ability while you are in the fantasia trance mode when you the dodge combo.

You can learn about combos and other attacks in the Survival Guide as well as the skills section of the weapon information tab.

ToF allows you to equip three weapons at a time in your loadout. This allows you to have lots of room for weapon rotation and multiple loadout options.

You can pick weapons that complement each other and boost each other’s native abilities. Such as if you are picking a weapon with high shatter ability, you can pick another one that is good at attacking.

Upgrading your weapons and resources is a big part of the combat in Tower of Fantasy. If you are up against a powerful enemy and your weapons and other gadget are not up to the same level, then you are going to have a hard time winning that battle.

There are several ways to get different types of equipment such as by exploring the vast world of TOF and finding them in different chests, taking part in joint operations,

Most of these special events will require a sort of energy token known as Vitality so there is a limit to how many you can do every day. Be sure to come back again the next day to take part in more challenges and get better gear.

In ToF, one of the most important resources is Endurance, you will use endurance for pretty much everything, from walking to swimming, and climbing rocks.

You can either burst through the endurance meaning while you are walking, you can run which will consume endurance much faster. Similarly, when you swim faster or jump while climbing, all of these things eat up your endurance.

This way you are not getting the value for your endurance. In comparison, if you are walking, swimming, and climbing normally, you will consume endurance much more slowly and will get more value out of your available limit.

There is a specific resource that is particularly useful in an open-world game like TOP which is The Mighty Mushrooms. When consumed, the mighty mushroom will give you +50 endurance which will help you explore the wide world with more ease.

When your endurance is up, you can climb higher rocks, you can swim farther than you normally can, and will basically give you a strength boost for your everyday tasks.

One of those times is when you are out of endurance, and you want to quickly jump down of a high spot. Normally, you would use your endurance and jetpack your way down, but you don’t have that right now.

Unstuck Button For The Win

There is a special button inside the settings which not a lot of people might know about. There can be times when you are trying to do some parkour jumps and you land somewhere you can’t get out of.

This is where the unstuck button comes in, it’s present in the settings and will get you out of tight places when you are stuck and don’t want to restart the game. Just Click on the button and you will teleport right outside the place you were stuck at.

There are several types of attacks with each one dealing different amounts of damage. One of these attacks includes Aerial Attacks and they deal the most amount of damage out of all possible attack types.

But there is a twist. Where Aerial Attacks might deal more damage than a regular attack, they also leave you more vulnerable to the enemy’s counter-attacks. While you are in the air, you can’t move around a lot and if you see an enemy attack coming your way, it might not be as easy to dodge.

Be sure to use Aerial Attacks when you safely can and since they also require tons of endurance, be sure to keep an eye on your endurance meter, so you don’t spend it all in one go.