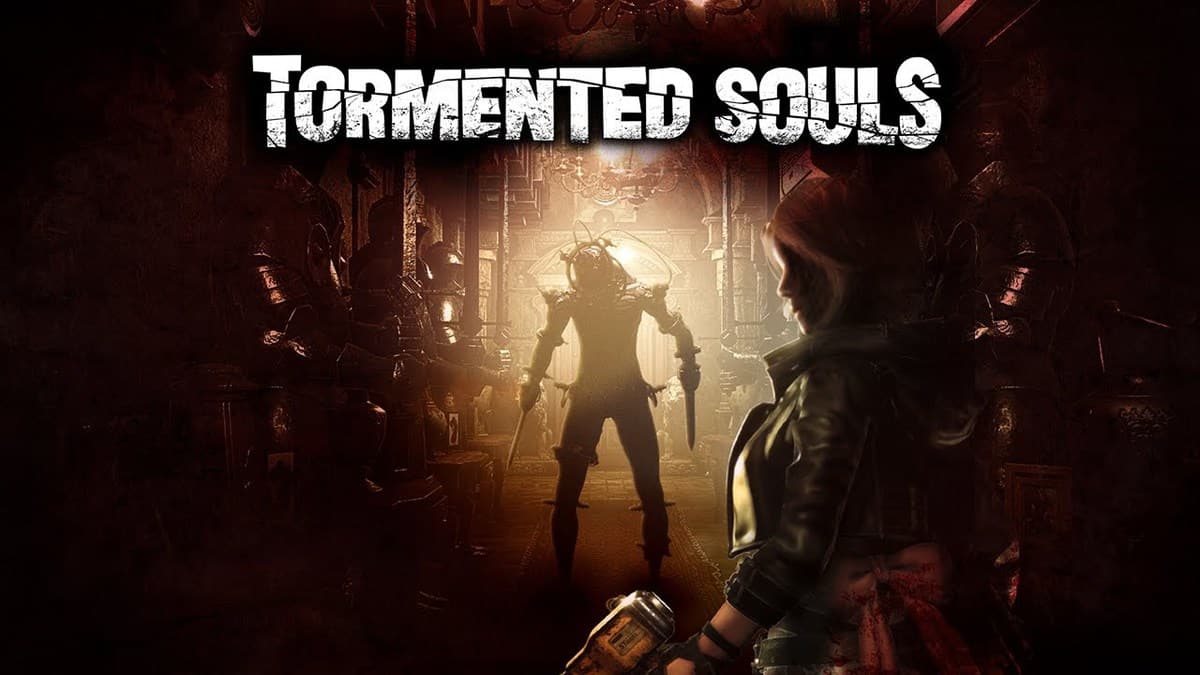 The survival horror genre in gaming hasn’t exactly been able to quite keep up the bar that we’ve been hoping for. While there have been some interesting and amazing new releases to the genre itself, there just isn’t much to go around other than indie titles. Tormented Souls is honestly perhaps a great effort to mimic what fans might have missed for a long time, ever since the good old days of Resident Evil, and Silent Hill. But how well did it do? 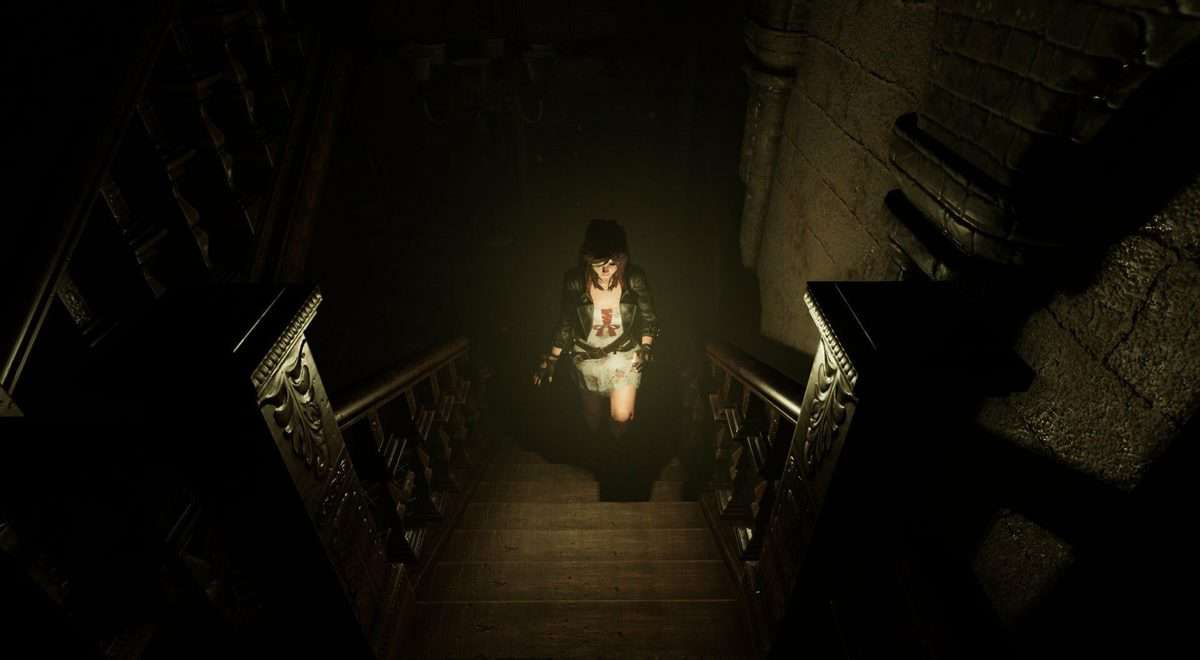 You’re thrown into a setup for a story, where our protagonist, Caroline Walker unknowingly walks into something she shouldn’t have. Classic horror setup. You find yourself looking for answers in the Winterlake Mansion. The game borrows a lot from Victorian architecture, and it just goes so amazingly well to spook you out every step of the way. The darkness, the absurdity of the entire situation, shadows walking by, that small glow of light that might end up being something. It’s all scary, and each item in this wonderful yet scary piece of architecture is put perfectly in place to continuously set you off and keep you looking for more.

When I first stepped into the game, I was immediately thrown back to the time I first launched up Resident Evil. Mystery and intrigue had you continuously going to find out what was going to happen next. While Tormented Souls does absolutely nail its own environment, it just couldn’t carry the story enough. So, while the game itself is something to admire considering it’s an indie title, the story definitely could’ve used better writing and a much more improved foundation.

Regardless of all that, exploration and everything is just absolutely amazing. Tormented Souls improves SO MUCH on older titles that follow a similar formula. If you remember, puzzles and simple riddles were really easy to just get around in the Silent Hill and Resident Evil games, but that’s not the case with Tormented Souls.

Oh, and if you even dare to approach darkness without a light source, you’re doomed. It is what it is. Turns out, the darkness is NOT your ally. If there ain’t no light, then there ain’t no Caroline Walking about no more. Get it?

You’ll find yourself constantly keeping track of so many things just to get to the next part, and that’s what makes this such a fun and entertaining first-time experience. You might think that you will constantly be moving from one place to another, but that’s the thing, that’s not just how simply it works in the game. There’s just so much going on in each part of the mansion, that different objectives always bring a distinct idea.

While you might be moving from one objective to the other, you’ll find yourself discovering these disturbing yet curious things that just continue to push forward the mystery of the entire mansion-turned-hospital. At one point in time, you’ll be talking to a priest regarding turning the power on, and before you know it, you’ll be jumping through a mirror into an unknown world.

Without spoiling too much, the story really kicks it off initially, but then doesn’t follow up on all the good stuff that it should. It created these amazing and interesting aspects that could be explored in so much more depth but leaves all of that untouched. Perhaps, for a sequel? Fingers crossed.

Since we’ve established the environment of the hospital is certainly a sight to behold. What about the gameplay mechanics? How does all the creepiness tie into hindering YOUR journey through the hospital? Well, considering it’s a horror survival, it wouldn’t really be survival if the game wasn’t constantly throwing formidable monsters at you. Formidable, being the keyword here.

The designs for the creatures that follow you throughout the game, really are creepy. And the first time you get chased down a dark hallway, you’re definitely not going to like that turn of events. A guy in a wheelchair crawling at you with big spikes coming out of his hand isn’t something you really want to get close to.

And that’s really what it is all about, different humans experimented on in this barren hospital, and no one’s the wiser as to who’s really doing all of this. There’re explanations, of course, the game really builds its own foundation of lore based on these notes and snippets scattered throughout the Winterlake Mansion. So, if you’re the kind of guy who loves finding out pieces of information from all of this scattered around, you’re really going to love putting in the research for this specific hospital. 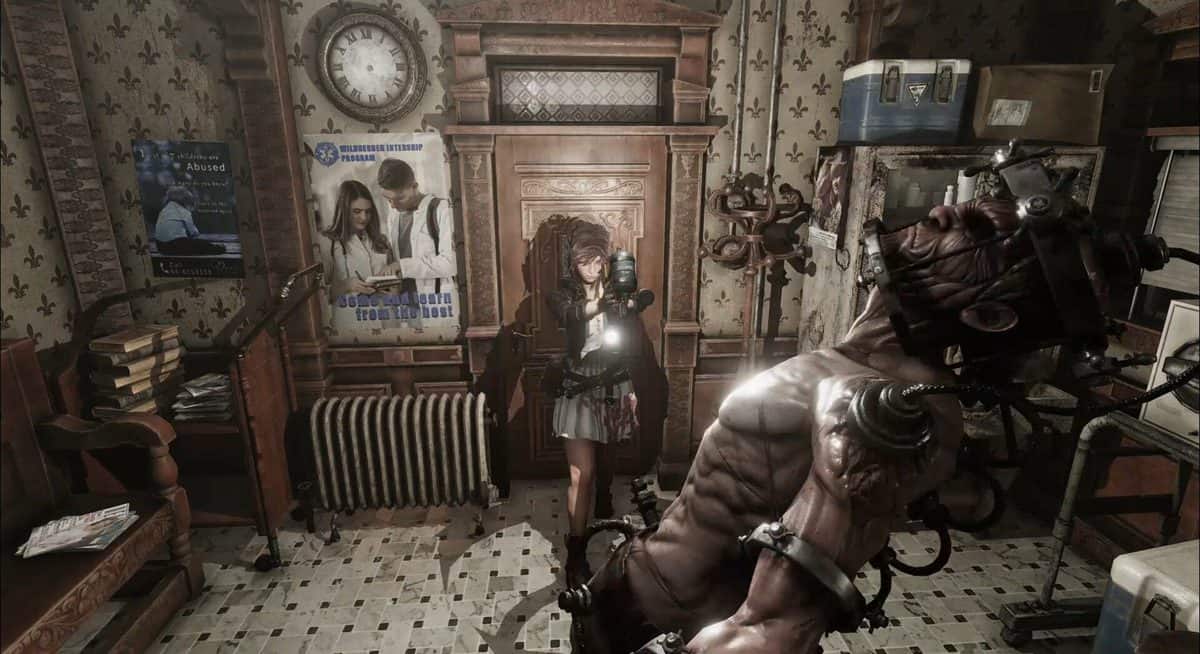 But, are they really as threatening as they look? I mean, sure, it’s not nice having bodies and dead mummified people chasing you down, but is it really all that difficult to kill the lot? Ammo is PRETTY scarce, so you’re definitely not going to want to kill every bozo you see out there running for your head.

Finding nails for your nail gun, or shells for your shotgun might be more of a difficult task than you initially would have thought. And, not to forget that it takes almost a minimum of six nails to kill one of these guys, and somewhere around two shotgun shells for the WEAKEST enemy. So, yeah.

Fortunately enough though, the enemies are pretty dumb. And, that’s kind of where the problem is. When you finish the game for the first time, you’ll have that fear and just a little sense of hesitation when you’re diving into the depths of the Winterlake Mansion. But you’re probably going to realize way earlier that you can pretty much juke most of the AI by simply running past them. They usually can not touch you. Unless, there’s a trap blocking your way, other than that there’s really nothing that might ever actually end up killing you. I feel like, this specific part of the game could be drastically better if they had simply either increased the speed of the enemies or increased the damage.

The same principle applies to most bosses. You’ll see them, and really all you have to do is just inconvenience yourself to move ever so slightly after every two to three seconds, and you can just start shooting to stun them, wash, rinse and repeat. Playing for a little while, you’re going to lose a sense of danger.

For me, it went away about halfway through the game. Now, if you’ve been fans of the old RE games, and Silent Hill, this is definitely something you’re going to miss. I’m not really a regular horror player, so it took me that long to figure out how easy the AI was; I mean, in my defense, I do get scared pretty easily. But, for someone who’s really been into this genre, they’re going to realize this much sooner.

However, it was still an entertaining and horrifying first-time experience for me regardless. I wouldn’t really go back on replaying the entire thing, but it’d be fun speedrunning through all the puzzles of the game. Surprisingly enough, someone’s even managed to do a speedrun of the entire thing in an hour. That’s pretty impressive.

But, how does everything I’ve said above really affect our gameplay? Surprisingly, not that much. The atmosphere of the game is really thick, and it’s filled with wonderfully frightening things to discover at every corner in a classic case of Victorian-era creepy hospital.

So, all in all, the game’s a pretty good deal. There’s room for improvement certainly, but considering it’s an indie title, I think that they have outdone themselves in terms of what they had in the budget. The combat’s good, the story’s okay, and the enigmatic puzzles are really just the cherry on the top. Your brain is going to have one hell of a workout in keeping track of everything.

In my book, games like Tormented Souls are definitely always welcome. I love the mystery; love being scared and terrified by the environment these games so seamlessly build. And that’s really where all the beauty of this game is. The absolutely horrifying Winterlake Mansion, an unsettling priest, a mysterious disappearance, and a young girl just against it all trying to set everything right. It’s all amazing to explore despite its flaws.

If you’re a fan of Resident Evil and Silent Hill, you just HAVE to try this out. This is one game, that you don’t want to miss out on.

Tormented Souls manages to get the 'Horror' part of Survival Horror correctly. A spooky atmosphere and enigmatic puzzles really put you on the edge of your seat, waiting to find out more. However, there's not much 'Survival' considering there's not much to difficulty when it comes to the game.