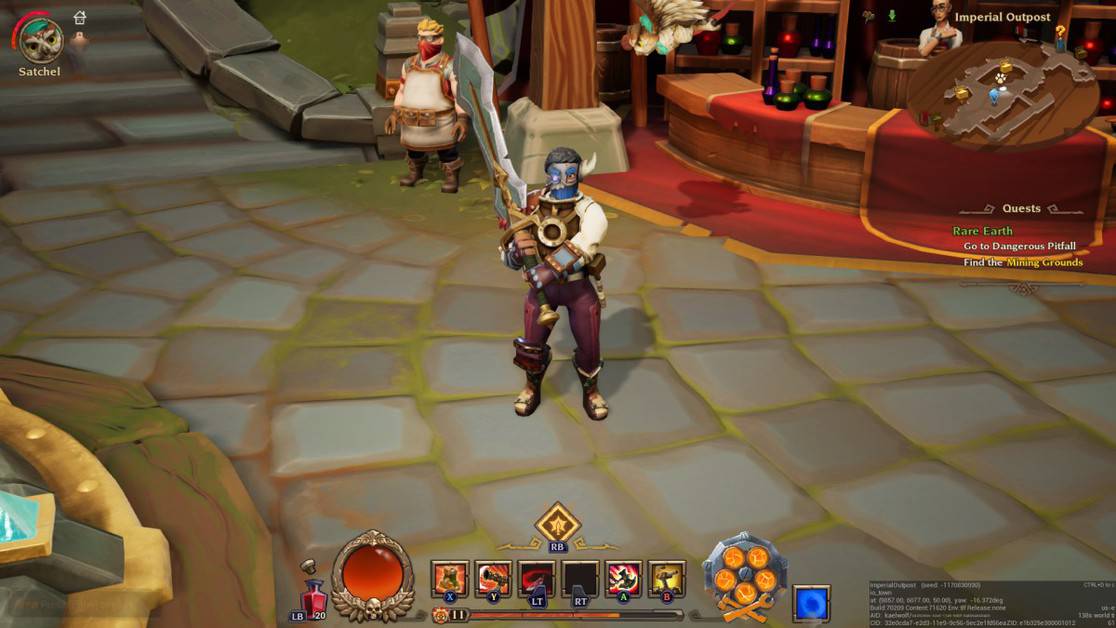 Railmaster is one of the four classes in Torchlight 3 and has the potential to pump-out some insane DPS, but only if you make the right build for it. This can be very challenging as there’s a lot of skills, gear, and weapons to choose from.

This level 60 build focuses on the Bane subclass. This build has great damage potential, which scales with how much energy you accumulate.

With this build, you’ll have all sorts of mobs to help you out on the battlefield like Spiders/Spiderlings, Skeletons, Enchanted Railhammers, Ancestral Spirits etc.

The Ancestral Spirits, who’ll be spawned by Flying Picks and Ghost Train, will be your most useful ally as they’ll deal both melee and ranged damage, which can be boosted if you use a Boneblocker and Bonerazor combo.

Your minion damage is further increased by the Puppet Master relic Passive and the Miasma Relic Active skill. This damage bonus can go up to +125%.

If you start with a slowing combo, you’ll be able to dish out some serious damage as Blasting Charge will increase your damage on slowed targets by +95%.

Flying Picks – 8 Points: The Ancestral Spirits you get from this skill will increase your DPS by quite a bit.

Ghost Train – 4 Points: This skill can also spawn Ancestral Spirits if you have a Phantom Buffer shield. It provides more DPS and knockbacks.

Hammer Spin – 8 Points: This skill will help increase your agility by improving your movement speed, allowing you to escape from sticky situations.

Flamethrower Car – 8 Points: Lights the enemies on fire and deals good damage. The damage of this skill can also be increased by minion damage modifiers.

Build Train – 4 Points: This skill is necessary for the Flamethrower Car.

Blasting Charge – 1 Point: Increases your damage output significantly by applying vulnerability to the enemies. Having a Blast Breaker in the Legendarium will work very well with this skill as it won’t deplete your Endurance.

Spectral Spider – 6 Points: The spiders spawned by this skill will add up to your DPS very nicely. At tier 2, the spiders will be able to perform ranged attacks.

Miasma – 9 Points: This skill not only has good damage itself, but also provides an excellent party bonus for both defense and damage. It spawns more spiderlings and at tier 3, gives a +100% bonus to minion damage.

For the skeletons, a good rolled Blue one-handed weapon and a Boneblocker shield is necessary. For the best damage output, both of them should have a Flat DMG roll and a socket, and at least one of them needs to have the ability to slow targets.

You also need to wear 3 cosmic pieces when playing with this build. The Cosmic Breastplate will give you +3 Slammer Skills, the Cosmic Pauldrons will spawn an Enchanted Railhammer, and the Cosmic Helm will give you +1 Conductor Skills.

Since skill points are a bit scarce in this game, you’ll have to allocate them to your skills very wisely. For skills that have high diminishing returns, you don’t actually need to allocate that many points in them.

Stinging Wing – 1 Handed Sword: This sword gives the Flying Picks 50% more initial weapon damage, and it poisons the enemies instead of making them bleed, which works perfectly with this build.

Phantom Buffer – Shield: This shield spawns the aforementioned melee Ancestral Spirits, which increase your DPS by a decent amount.

This level 60 build focuses on the Electrode subclass. The damage output of this build isn’t as good as the build above, but it’s still decent nonetheless.

The damage output of this build comes from the combo of the damage buff from Localized Storm and the DPS from Thousand-volt Burst, plus it also has great train damage.

If you start with a slowing combo, you’ll be able to dish out some serious damage as Blasting Charge will increase your damage on slowed targets by +95%.

The Hammer Spin Tier 3 is used in this build as your main way of surviving your enemies’ onslaught.

Hammer Spin – 8 Points: This movement skill is your main source of survivability. It improves your movement speed by a very significant amount. Plus, it also gives you a 50% damage reduction buff for 6 seconds at Tier 3.

Blasting Charge – 1 Point: This is the most key skill for this build’s damage output, as it makes the target’s much more vulnerable, increase your damage dealt to them by a large amount.

Flamethrower Car – 8 Points: The passive version of this skill spawns a flamethrower car that continuously lights the enemies on fire and deals steady damage, while the active version attacks enemies with a cone of fire that dished out a burst of damage.

Shotgonne Car – 8 Points: The passive version of this skill intermittently attacks the enemies with a blast of DPS, while the active version lets out a single slug that pierces the target.

Shocking Rounds – 4 Points: The passive version of this skill makes your lead car shoot electrified bullets that can bounce to another target to deal bonus damage. The active version gives the basic train car turret the ability to spawn lightning on enemies.

Localized Storm: This skill gives you a raw increase in your DPS output.

Thousand-Volt Burst – 3 Points: This relic skill will increase your casting speed by 50% for 10 seconds, or 20 seconds if you bring it up to Tier 2.

For the weapon of this build, it doesn’t matter if its 1-handed or 2-handed, it just needs to be well rolled, socketed and blue.

You also need a blue shield, or Focus to go along with your weapon.

Cosmic Gloves: When you use any train car active skill, the subsequent melee attack sends out a Flame Burst which deals 80% weapon damage.

If you don’t want your train to use up Endurance and want to have it for yourself, this AoE-focused build is the one for you.

Pound gives you bonus Endurance, increasing the damage output of your Bais Attacks. When the Endurance bar is filled up, use this skill as an active ability to deal maximum damage.

The sword Smash skill helps you perform powerful attacks using Relic Energy. You can switch it out for Blazing Pillar if you prefer that skill.

Nimble Flames is very important for this build as it gives you some much-needed protection while you perform melee attacks. Hammer Spin increases your survivability by improving your movement speed, allowing you to retreat from melee battles when you need to.

All three of these passives are important to have for this build, but Giant Swings is absolutely crucial as it improves your damage output from Great Weapons and Railhammers by a very high amount.

Max Giant Swings out as soon as you can. The Energizer passive works with Giant Swings to create more Relic Energy, which will allow you to attack more often and deal more damage.

Firestorm is there to increase your AoE damage. It’s the least important of the three, so you can switch it out for a passive of your choice if you want to.

This build requires a powerful Great Weapon or Railhammer.

You can then strengthen the weapon using Legendarium items like Battery Ram, Storm blade or Frenzi’s Blade to make its active and passive skills more powerful and to increase its damage output.